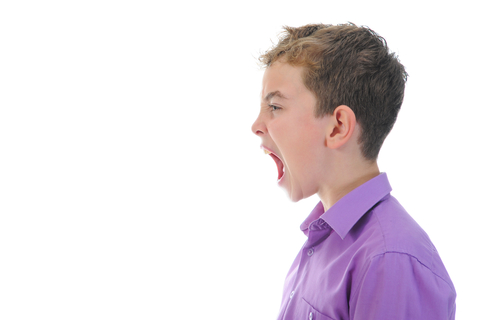 I was bullied. And I was a bully.  We’re all focusing on this anti-bullying programming but why? It won’t rectify anything in my opinion. Sure, I wear the pink shirt and challenge people, but bullying is all about control. Whether you want to admit it or not.  Do I encourage bullying? No. Do I tolerate it? To a degree. We live in a society where the bullying doesn’t stop when you go home from school or work. Texting, facebook, twitter: all these wonderful social media tools are also tools to enable 24/7 bullying. But this isn’t news.

I think I treat people generally with respect. Even when I don’t necessarily believe they deserve it. But I was a bully and in some regard I think I still am. Or at the very least, I’m insecure. But this stems from me being bullied as a kid and adult and well, even now. We often forget to look into the reasons for the bullying. And no, it has nothing to do with the victim. But I think that rather than just yelling at or punishing someone for bullying, ask what help they need.

Let’s put this into perspective. I said it was about control. So if you’ve read the Advocate, you’ve likely read “the Independence Thing”, that may shed some light. Control. I lost control of my life due to not one but two men abusing me throughout my childhood. I wasn’t a bully until much later, however. I went to school, got good grades and skipped a grade so was the youngest nerd in the class. I’m dark skinned and got called little Indian Girl throughout the first few years of my school days. That stuff sticks with a girl. My mom was young when she had me, 19. When she brought my lunch in grade two, I was told, “your sister is here with your lunch” by my teacher and so the teen mom jokes started then. We were poor, too. Let’s keep adding to it all. We lived in subsidized housing until I was 9. I didn’t have brand name clothes; I mostly had a mullet or a perm (whether that was the 80s or child abuse remains to be seen). I got made fun of for having a young mom. What, if anything, could I have worked to change? Sweet fuck all. Seriously. Unless I just stopped doing well academically, but that’s quite a lesson for a 7-year-old to learn. I was an easy target. Too easy. My parents bought a house when I was 9 and we changed schools. Fresh start, new me. I became a bully. Used my intellect and my abilities and I created a situation within my elementary school that seemed to benefit me. I made fun of people who were less intelligent, less athletic and people followed suit. I went to enrichment and I found some people to be socially awkward. In retrospect, they were probably on the Autism spectrum, but I didn’t know it at the time. I took all these “weaknesses” I found in people and “capitalized” on them. The best defence is a good offence. If I was bullying, nobody was coming near me. I was a grade A asshole. I essentially enlisted people to be in my clique. We found peoples weaknesses and attacked.

It still happens in adulthood, we find ourselves insecure to some regard so we lash out. We try to protect ourselves by attacking others. It’s a natural survival instinct. And for survivors of sexual abuse, instinct is huge. It’s really all we have. I don’t want my kids or any kid to go through bullying, but I want people to stop jumping on the bully and offer a hand. Maybe they just need to get control over their home life in order to feel safe elsewhere. That’s what it took for me. Comfort, love, affection and positive attention.