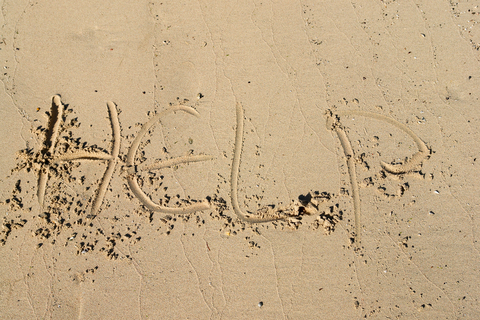 The child has lived here for an awful long time. I know how old he is; five years going on six soon. He has his whole life ahead of him, with many acquaintances and friends who love being around him. A very bright child he is, full of life and a sparkle for it. With soft English features, the innocence of an angel surrounds the child, as he marvels at the bees and butterflies fluttering in a field of buttercups. He marvels at sunsets, and wonders where the sun goes at night, as he watches it disappear beneath the fields in the distance. Does the sun enter the earth, and sleep the night, just as he does in his room?

One day, he will find himself forever in that darkened room. The victim of a pedophile, along with horrid physical and mental abuse from his caregivers, who were the captains of the ship he sailed along the milky way of life; never knowing that his ship would crash amongst the rocks. His caregivers were alcoholics and only cared for their next escape in the seas of change, as they sailed a crooked ship with their charges.

When the child was only five, he was set up by his brother with a pedophile. They met on a trail along a river bank, filled with the green growth of small trees, striving for the light of the sun; just as the child was. The evil deed was done quickly to the child, and the child being innocent and alone, did not comprehend what had been done to him at all. With evil intent, the pedophile and the brother approached the caregivers with a horrid plan: they blamed the child for the deed, with laughter.

The caregivers beat the child with vicious blows, horrid stones, and words of hate. The little child was left alone to suffer for a deed so wrong. The guilty pair spread the news that the child was queer, and soon his friends were never allowed to play with him again.

In a world gone mad, he strode the road alone and soon became convinced the deed was his to bear. No sun, no bees, and no butterflies became his friend again.
Soon he became lost inside his world, as the child hid inside himself, crying for justice from the hands of man. All along it cried inside with anger and scorn.

His mind was stamped with worthless ego. He wore a veneer of strength and courage for all the world to see. “Yes, I am tough and mean! Don’t you dare come near me with your lies and authority, or I will curse and cut you to the bone. What kind of seed had man been born?” the child cried out with hateful scorn.

While reading news of pedophiles, far and wide, it soon became quite clear to the child, that the deeds of evil were not his. All the hate and scorn he spread, were deeds of evil men instead.

Approaching with a fear and dread, he asked the brother while still undead, if what he did was good indeed, for stabbing the child inside my head. The brother, with a smirk and grin, said to him, it never did. Twas you who did it, twas not me. As I stand what can I say, of things that happen anyway, so long ago, and yes indeed I remember well such evil deeds. Be off with you and leave alone, the pedophile who has a home, still living in Princeton fair; a retired teacher, leave him there.

What can I do? Where can I go? Sisters and my kin don’t know, of the evil deed so long ago, that was done to the child inside. Crying for a justice dead, should I bring it to a head? Walking with the pain inside, branded as gay with a lie. I searched for evil deed outside.

Analysis is hard indeed, when you’re wounded and cannot see. I searched for answers, plain as day, as I walked along the path for days. Brother, won’t you sing for me, answers from a hidden tree? Seek and you shall find the truth, if the truth is anywhere.

The truth did bear, brother was a victim too; hiding in a poison brew, living such a lie indeed. Knowing violence came upon me, and seeking shelter from the cold, he hid inside, lost alone.

The sun, it shines upon my brow. Woke at last it shows me how, where to go and what to do, seeking counsel for poison brew, that was poured upon the soul.

Seek I shall, with head held high. Courage child, don’t let it slide. Character and all is well. In the spirit kingdom you shall dwell.