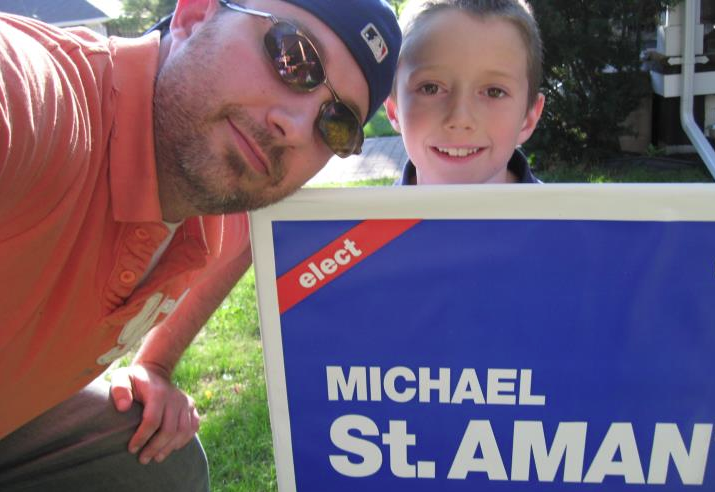 Politically, I’m a Conservative. That word evokes all sorts of different emotions in people. In some ways, it philosophically resonates quite deeply in me, and in others ways, those who know me know that I’m the furthest thing from being described as conservative. I find it to be a misunderstood word because I believe there is a grander vision that principally needs to be cast; PEOPLE taking care of people.

On February 4th, Sun Media’s Warren Kinsella wrote an editorial about our need to put faith in Non-Governmental Organizations when it comes to societal revival. He made some excellent observations:

“Trust in banks and financial institutions has never been lower — and trust in government has gone into an unprecedented decline. Meanwhile, for the fifth year in a row, ‘NGOs are the most trusted institution in the world.'”

I DO think government and Canadians need to spend some time in relationship counseling to repair trust. AND I’m thankful that we HAVE managed our banking system prudently, thus preventing widespread national economic hardship. And I think Kinsella is quite right about the high value of NGO’s. But then he said that Conservative partisans don’t want to hear this because it “challenges their entire world view.” That’s where I take issue with Kinsella regarding Conservatism. Let’s break it down to its bare bones and take away the pet issues of the day.

That SHOULD be the ideal in any scenario!

The political left’s strategy to paint Conservatives as uncaring is a misleading one. It’s simply a DIFFERENT plan of attack. Actually, I believe it’s worse than misleading because in doing so, it undercuts the empowerment of people and leads to a habitual lack of trust. It robs people of the gift of onus, removing personal social

responsibly that we all NEED to be complete, effective members of a community. It’s this very responsibility that we seem to have abdicated as a society because of our assumptions that it’s the government’s job to do this and that FOR us. It does not serve us well.

One of the most wonderful Conservative vision-casts called the Ten Cannots has been long misattributed to Abraham Lincoln. It was actually written by William John Henry Boetcker, a leading Presbyterian minister, thinker and speaker in 1916. His thoughts are incredibly important:

I look forward to seeing NGO’s, churches, non-profits and groups of empowered Canadians revolutionizing this nation with kindness. You HAVE the tools you need to be a superhero. This change in mindset could change our land for the better. PEOPLE taking care of people. Think about the ripples economically, socially; even spiritually. Our Governor General David Johnston has some WONDERFUL things to say about how everyday philanthropy of regular Canadians’ time, talent and treasure is a key to growing this nation.

“All thinking will be moonshine unless we realize that nothing but the courage and unselfishness of individuals is ever going to make any system work properly… You cannot make men good by law: and without good men you cannot have a good society.”

I support the party(s) that best principally reflects how I believe principally about life. I don’t support it because it, or anyone in it, is the savior. Neither do I find any party to be a perfect paradigm fully reflecting the full scope of my beliefs. This is why I reserve my hope for higher place than politics. But I believe people get into politics because they DO care, not because they don’t. I have friends who represent the whole political spectrum. I respect them for caring and I believe the feeling to be mutual. But it’s incredibly important to be analytical and strategic about the best way to make sure our anthem is upheld as a land glorious and free. Then, let’s be ready to work hard for it in every sphere that influences our society.

“I am a Canadian, free to speak without fear, free to worship in my own way, free to stand for what I think right, free to oppose what I believe wrong, or free to choose those who shall govern my country. This heritage of freedom I pledge to uphold for myself and all mankind.”

3 Replies to “A Grander Vision of Conservatism (Dave Carrol, @DaveCarrol)”