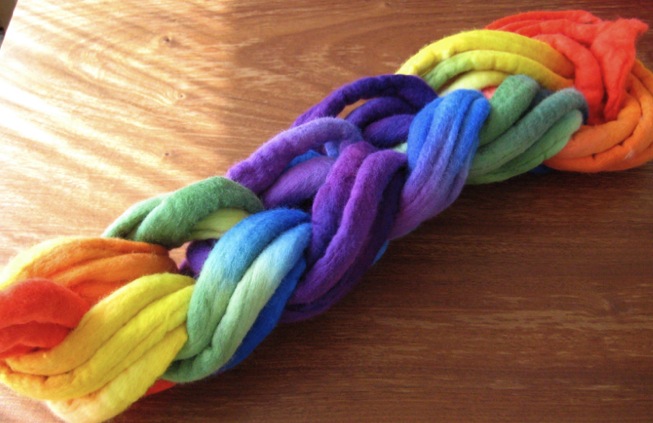 On the evening of March 28th, a screening of the film “We Were Here” took place in Brantford at the Laurier Research & Academic Centre. With a central focus on the AIDS crisis in San Francisco during the late 70s/early 80s, the film follows the stories of three men and one woman who were active within the community at the time and what their individual experiences were like.

The event was sponsored by The AIDS Network and hosted by The Bridge in collaboration with the Laurier Rainbow Alliance. The Bridge is a relatively new addition to the Brantford/Brant support system for the LGBTQ community and works with other community partners to advocate for equality. Their mission statement expands on this:
“The Bridge seeks to identify and address inequities experienced by our diverse sexual and gender identified community and to promote acceptance and inclusion in an effort to eliminate stigma, bullying and discrimination.”
The evening consisted of the screening of “We Were Here” followed by a panel discussion where comments, reactions and current issues were addressed to promote discussion around both the film as well as HIV/AIDS health and prevention here in Brantford. The panel was headed by guest speakers Ernie Taylor of The AIDS Network, community activist Mike Hamilton and Ruth Cameron of Rainbow Health Ontario.  As one of the organizers, I was happy to see so many people of all sexual orientations come to the event, share their experiences and engage in a meaningful conversation that night.
With an impressive list of events behind them, consisting of the Pride flag raising last July (as well as the flag raising again this year) and participation in various marches here in the community that strive for civil action, The Bridge strives to make the Brantford community a more diverse landmark in the southern Ontario queer circuit and improve the quality of life for the entire city. Before last July, Brantford stood as the last city in the southwestern Ontario stretch to not have a Pride flag raising ceremony each year during Pride week. However, dedicated members of The Bridge and the community worked tirelessly to organize an event that would draw one of the larger crowds for any flag raising in Brantford history. The Bridge is part of an ever-growing movement in this city that has set sights on making sure that voices don’t go unheard. In the near future, a safe space is hoped to be set up where citizens can go to share with each other stories, triumphs, and struggles or to be connected with valuable resources that promote healthy lifestyles. As the news swells with stories concerning harassment and suicide within the LGBTQ community, it is a powerful sight to see groups like The Bridge being organized here in Brantford to put an end to the silence that can cause so much disdain within this quaint community. When any individual within a community lacks the ability to be heard it places them in a vulnerable position as those without public acknowledgement can feel a sense of exclusion in the place they call home. The Bridge, as it’s name references, strides to make the connection between the queer community and the community at-large so that everyone can benefit from a renewed sense of membership within Grand River country.
Although there have been and will continue to be struggles, it is important to remember that the term ‘queer community’ is simply an umbrella term. In actuality, they are your brothers, sisters, friends and family who look to continue being themselves in what is truly one of southern Ontario’s finest areas.