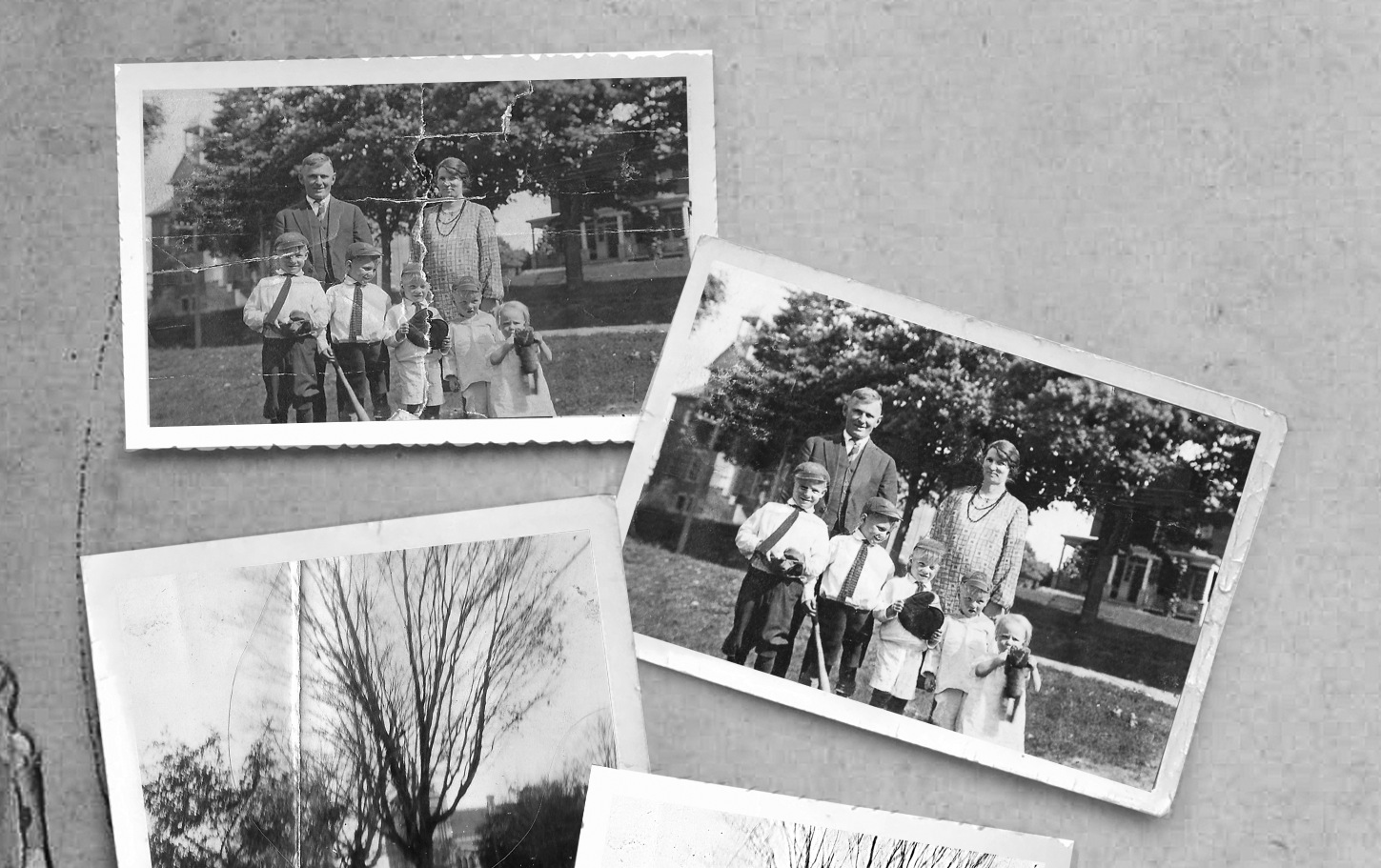 Lately I’ve been immersed in scanning the thousands of photographs that we acquired before the dawning of the digital age of photography. This project began as a means to manage and preserve our inventory of pictures and pass them on to our children.  In reality, the project has evolved subconsciously into a review of the phases of our lives. The memories ingrained in our photo collection foster a new perspective in how we see ourselves and forces upon us the realization that we are not only the sum of what we make ourselves, but also of what others make us.

As I began the process of sorting our collection, I divided pictures into four groups and distributed my bundles across our pool table. The photographs related to our immediate family were stacked on the left, followed by the period in which my wife and I had no children. The next pile related to my wife and my families, and siblings. Finally, there were those related to parents and grand-parents. These are older, some in poor condition, and many require investment and expertise to restore. As I completed the sorting process, my son walked by and began to examine the pictures. He remembered events captured on camera from the first pile. He asked some questions regarding the second and third group, but his interest was marginal. When he saw the damaged photographs in the fourth pile, he asked me if I wanted him to throw them out.

In many respects, the current debate over making the Brantford Downtown a Heritage Conservation District is like my situation with archiving my photographs. There are currently two areas already designated as Heritage Conservation Districts – Brant Avenue and Victoria Park Square. In total, there are 208 buildings currently designated under the Ontario Heritage Act. This means that development would be governed by the provincial and municipal legislation that sets out the rules for property standards and maintenance of a heritage district. Both Laurier University and the Downtown Business

Improvement Association have indicated that they are opposed to declaring the downtown a heritage district because it would have an impact on future development.  Laurier argues that it needs flexibility in developing future sites to support its growing student population. The BIA argues that it needs flexibility in order to attract other commercial and retail enterprises.

While both arguments have some merit, in that the City should not curtail business or campus development, it seems to me that the concept of preserving our past and future growth are not mutually exclusive. In fact, some of the most successful urban renewal programs have included heritage as the core principal through which

renewal would take place. It seems to me that what we are really discussing is the issue of demolition or preservation by exemption.  To my way of thinking, the Heritage District Conservation designation provides a framework through which the process of downtown renewal can take place. Granted it may take longer than simply tearing buildings down and, in some instances, the cost may be higher, but these should not be the only factors determining future development in the Downtown. The reality is that Brantford is not a green-field site as Leo Groarke noted in his book Reinventing Brantford: A University Comes Downtown. The nature of who we are and what we want to become is intrinsically tied to the choices we make.

The idea of throwing out old photographs, without making the effort to restore them, not only results in a loss from a genealogical perspective, it removes forever the traces of how we have evolved into the people we are today. In my photographs, I not only see people who were part of my genealogy, I see family values, schools and churches that influenced the values that I have, and I see a family that survived early settlement, death, wars, the Depression, and the struggle of building a family business. Without my photographs, all of that would be lost.

It is true that the face of Brantford has changed. Shopping malls have replaced the Downtown as the point of doing business. We are entering a post-manufacturing economy.  Revitalization of the downtown is being driven by Laurier University’s growth. All of this is happening at a time when new housing developments are attracting people who work in other cities and have no vested interest in Brantford’s historical roots. Add to this the fact that the local economy is suffering and the Municipality has limited resources to support renewal projects.

The easy answer is to say that we should not make the Downtown a Heritage Conservation District because we cannot afford it from both a financial point of view and as a deterrent in attracting new business and accommodating Laurier. But is this the right answer?

I suspect that if the majority of citizens were asked if the Downtown should be designated a Heritage Conservation District, the question would be met with indifference. Many of those who I have talked to indicated that outside of some touristic value and as a site for films, they did not really understand the significance. Many said that outside of an occasional visit to Harmony Square, they did not go downtown. To me, this is a sad reflection of where we are today. People are so busy with their lives and their struggle to survive in today’s economy that they have lost track of their sense of community. And this is what a vibrant downtown is intended to provide.

Brantford should not only be about being the Tournament Capital of Ontario and a satellite campus for Laurier University, it should be about a city that is proud of its social and economic heritage; one that wants to preserve some of it for future generations. This, to me, is embedded not only in what we write, but also in what we see. Like trying to preserve my photographs, it is a means of not only preserving past values but also a means of developing future values and a sense of community.