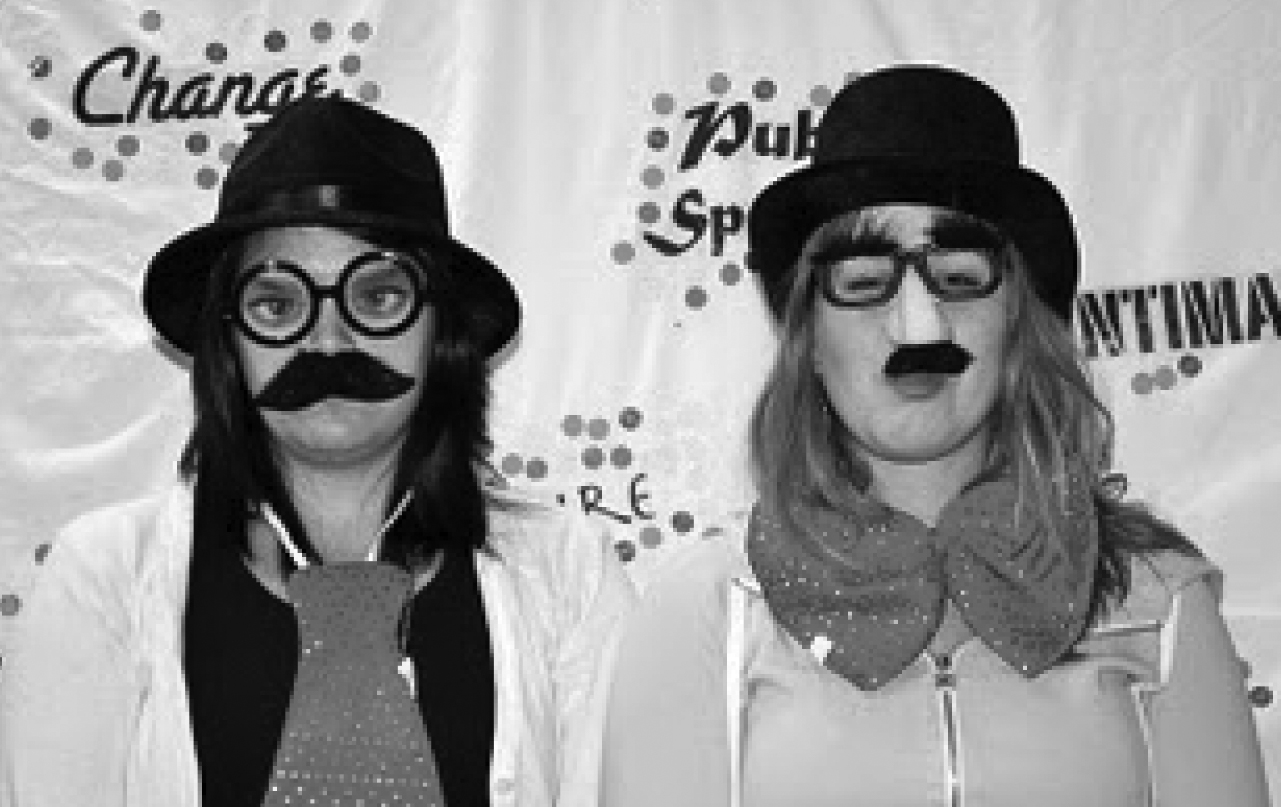 Grade nine science isn’t usually all that life-changing for people, but it served as a catalyst for some huge adjustments in my life. The three guys I’d hang out with in Miss Verveda’s class were hilarious… most of the time. We were all joking around about who knows what when there was a lull in the conversation. The guy named Matt suddenly looked at me and said: “Dude, you have a huge moustache!”

My reaction: mortified. It was a shoo-in F My Life moment.

I don’t think I talked to Matt again until we were graduating. Longest grudge I have ever held. I was so embarrassed that I only told one other friend. She said she would have beaten them up for me if she had been there. I don’t think I cried, although my face burned for the rest of the day.

When I got home, I locked myself in the bathroom and contorted my face to get a good look at the unwanted layer of dark fuzz. Wasn’t a bubble butt enough? I had to have a moustache too? Should I be expecting a beard by eighteen?

I tried to form facial expressions that would hide the unsightly stubble. In a last-ditch effort, a smile-like grimace formed on my face and, to my surprise, most of that nasty girl-stache disappeared! The weird grimace thing turned into a grin and I thought to myself, well, I could just start smiling all the time so people don’t see my stache.

From that point on, I honestly started to smile more. It may have started off artificial sometimes, but that smile became a less intentional, more frequent visitor.

Did you know that smiling can help you to feel happy? Years after that little incident, one of my psychology professors instructed us all to bite onto a pen so that the ends pressed against the sides of our mouths, forming something like a smile. He told us that forming a smile sends messages to our brains, pretty much telling it to be happy (in far more scientific terms). Chemicals get released and our mood is affected. It turned out that all that smiling had been helpful!

February of my second year of university was one of the hardest months of my life. Each day as I walked to campus, one of the mechanics at an auto shop on my route would wave at me and smile. Sometimes he was the only person for whom I could muster a smile in return. Things just weren’t working out well for me, and I was truly struggling to be happy at all. That mechanic’s good-naturedness was such an encouragement.

February is a tough time for a lot of people, especially for those of us who need a lot of sunlight in order to actually feel alive. The winter and cold have been dragging on for a while, and it’s legitimately difficult for a lot of people to smile.

Now that February has rolled around again, I can’t seem to stop thinking about my moustache. To be honest, I usually try to remove it now (waxing is my preference), but man, it was such a weird reason to start smiling. It’s funny how something that horrified me so much became something that began to define me later; I love to smile!

Do yourself, and the people around you, a favour. Just smile. It doesn’t matter if you’re hiding a girl-stache, if you have gas, or if you’re happy. Smile. Especially in a month like February, we could all use a little encouragement.