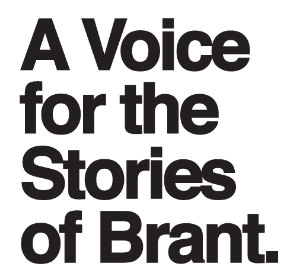 Passion is a strange thing. It’s most commonly known as people holding passion for one another. Some are passionate about the newest fads, maintaining a healthy lifestyle, or their careers, and then there are my friends.  After finishing 5 years of school at Laurier/Nipissing, I have learned that I am surrounded by such a lovely group of determined and passionate people. So many people I know are passionate about teaching children, but I have also come to the realization that I have several close friends who are passionate about completely different things.

My high school friend, currently pursuing a degree at Laurier Brantford is an ambassador for the environment. I’m not talking about someone who wears hemp clothing and carries a reusable water bottle, but someone who actually goes out into the community and tries to make a difference. Her latest and most important concern is the push to end car idling in Brantford specifically. She speaks up to people In order to raise awareness about our thinning ozone layer and the effect idling cars have on our air quality. Most times she is completely disregarded, and often times, called a slew of inappropriate terms.  The most common statement is that she is absolutely crazy. That’s just it- she is crazy – about the environment. Taking it upon herself to look past the attitudes of others in order to make a change, even if it is at the local level makes her one of the most passionate people I know.

My other friend is incredibly passionate about Brantford. Moving here from Toronto to attend Laurier/Nipissing 5 years ago, she has always been one of the most open-minded students I’ve known about Brantford. In first year, students were constantly bombarded with negative words and thoughts about the downtown core of Brantford, but she took it upon herself to look beyond them. In first and second year I always found it strange that she would form long lasting friendships in odd places such as the bus, or simply by walking down the street. Looking back now, I realize that this is exactly what needed to happen to tie the students to the Brantford community. Volunteering with street youth and playing an active role in her Church has given her the opportunity to participate in so many great events here in Brantford, but it has also changed both mine, and other students’ perspectives of Brantford.

Then there is the friend of mine who has a passion for life. Sure, it sounds cheesy, but I don’t think I have ever met somebody as happy and full of life as her. Travelling to third world countries seems like a completely ridiculous thing to most people- myself included- but to her, it is something incredibly important for her happiness. When she’s not in Vietnam teaching English and volunteering at an orphanage, she can usually be found sipping tea and chatting with someone here in Brantford. Some would say that the travel bug has bitten her, but it’s become a way of life for her now. Volunteering in the community here for a couple of months and jetting back to Vietnam is completely normal for her. The greatest thing is that the community always welcomes her back with waiting arms, eagerly awaiting her stories and her helping hands.

Growing up, I always thought that I was passionate about teaching children. While this is still absolutely true, I’m definitely developing new passions. Moving to Brantford for school was quite possibly one of the best decisions I could have made. The local community is such a welcoming group of people, the local politicians seem to truly care about the citizens of Brantford, and my chats with the amazing downtown shop owners have definitely given me such different perspectives of Brantford.

The past couple of weeks I have learned a lot about what it means to be a passionate person. If someone were to ask me the definition of ‘passionate’, I would have definitely given them the Webster’s definition: “capable of, affected by, or expressing intense feeling”. Recently though, I have discovered that there is definitely more to the word ‘passionate’ than I had originally thought.  Being passionate doesn’t just stop at expressing an intense feeling, but continues to the point of acting on those feelings. So many people I know in this community are passionate advocates for change, not only contributing to this wonderful city but are also such great role models for the local youth.