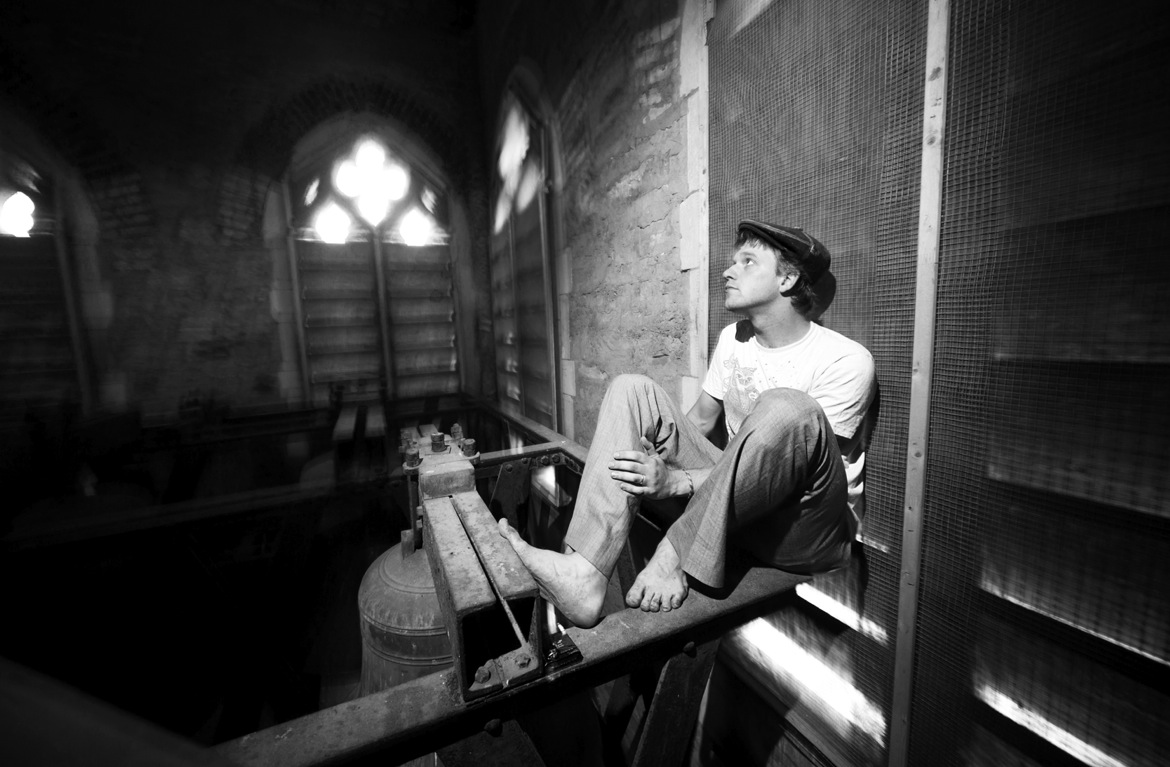 For seven years I have had the honour and privilege of playing the bells for Grace Anglican Church in downtown Brantford. I often stop to think about how many people look up with wonder at the gothic tower nestled in the heart of the city.

When you walk in, you feel as though you are transported back three hundred years. At the top of a winding spiral staircase is a gallery overlooking the city where the bells are played. Twenty-five feet up above the gallery is another chamber, which houses ten bells tuned chromatically from C to E, each inscribed with scripture. Above that chamber lies the roof of the tower, and the most spectacular view of the city one could ever hope to find.

Seven years ago, living across the street from the tower, I noticed the door had been left open. I had always been curious. Seizing the moment I instantly ran across the street, ascended the tower and, upon finding it empty, began to play around with this ancient and beautiful instrument. Since then I have played them for the church, for weddings, on holidays and even for the birthdays of neighborhood children. I would also like to give a soft apology to those in the area sleeping New Year’s Eve.

Yet I also play them weekly simply because some part of me feels a bounden duty to shower the city with music because I believe there are still people out there who love to hear them. People who need to hear them because somehow it just makes life better if the bells are still ringing.

Since walking through the door of the tower that day I have discovered a unique love for the tradition of bell ringing. Although I’m not Anglican, nor would even call myself a Christian, I was welcomed into the community. Shortly after I joined the choir at Grace, at first as a way of receiving free music lessons. However, I found much more there. The choir granted me a way of adding the study of music to the regular rhythm of my life. I have played guitar, piano and sang since I was fourteen in some capacity, but choir opened up a whole new understanding of the depth, beauty and the magic of music. Now, two years later, I find myself on staff as musical director for Counterpoint Church, also operating out of Grace.

The bells are a terrible instrument when you are first learning because a third of the city can hear each and every one of your mistakes. Having only ten bells, with no sharps or flats also forces one to be inventive when writing and arranging music for the tower; imposed restrictions that are both a blessing and a curse. They sound beautiful, yet if you were in the same room when they’re playing, you would be deafened. Behind their sweet melodies lies a dissonant drone as each tone is laid down upon another and rubs against the last. It’s a reminder for me of the delicate balance between dissonance and harmony that makes our lives interesting and beautiful both in our joy and our darkness. This tower has become a character in my life. I try to take care of it, archive its music and history, give it new music and share its history with others. It’s always there, looming over my house, the largest and loudest instrument in the city.

Somehow finding the door to the tower open that day, and taking on the duties of the bell ringer, has revealed a path and purpose in my life that was absent before. It was not a hard role to fall into, and its romantic allure has never been difficult to embrace. To have a platform with purpose to make music, alone and with others every week of my life is amazing to reflect upon and a sure sign, among so much more, of a blessed life.

One Reply to “An Open Door (Ryan Van Dijk, counterpointchurch.ca)”