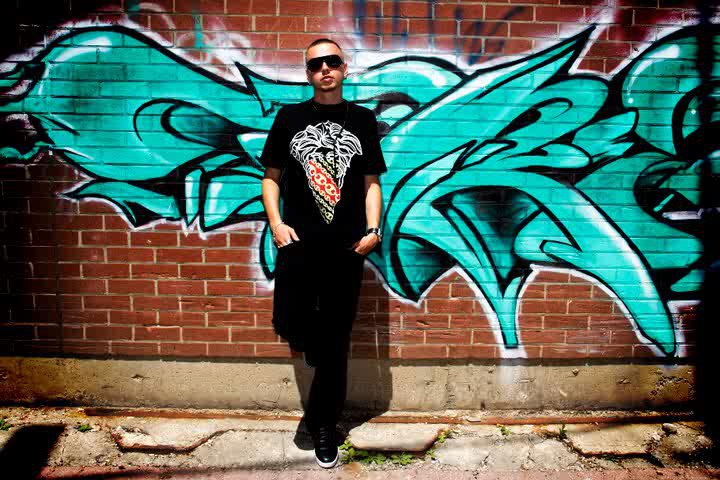 Many years ago, when asked about the hip hop scene in Brantford, most people wouldn’t have a response. The fact of the matter is, hip hop has been isolated only to those who show interest in this form of art. A very select few. Recently, the genre has really expanded and has begun to reach a more diverse audience within the city. The new generation of young people has birthed a more diverse and creative hip hop pool. With new artists and new styles developing, it seems to be catching the attention of a whole new spectrum of listeners and fans. Hip Hop concerts are becoming a highly renowned entertainment attraction for the local youth, including the Laurier student body. Hip hop is no longer a stereotypical gangster movement. It is a portal for youth to show expression and talent in both writing and performing.

One of the most recent hip hop sensations to rise out of Bell City is a rapper, and audio engineer named Donsai. Donsai realized his love for music at a young age. At age 11, Donsai’s musical passion began with his love for reggae music. He remembers blasting tunes by reggae artists like Sizzla, Red Rat and Snow. He soon broadened his musical spectrum to the rap world, listening to old school hip hop talents such as Maestro, Cypress Hill and Domino. At this stage Donsai was consciously aware that hip hop was his love. He began writing and recording at home on his karaoke machine. At age 14, Donsai began saving his wages from his part-time job at a local pizza place. Within six months he had saved enough money to begin purchasing his own studio equipment. He quickly became a self-taught audio engineer; engineering and mastering his own recordings. That same year he released his first album entitled Jack’d Beats. He went on to release a number of minor albums and mix tapes, some of which can be found at The Beat Goes On music store in Brantford. His musical library includes Moments of Contradictions, Lyri-Killings, My Mix Tape and A Wednesday.

Donsai has been a part of the local underground hip hop scene since 2006. He has been performing and pushing his music since the age of 17, and continues to do so in numerous local bars and clubs in the Brantford area. Local venues include Club NV, Sagittarius Vibes, Charlies and The Alexander Tavern. For his latest project he blends a mixture of positive, inspirational lyrics, with a catchy rhythmic melody. His album Let’s Cut Tha Formalities is due to be released this month.

Donsai is fortunate to have had his music played on some college radio stations in Ontario, however he plans to take this sound to a provincial level and one day possibly receive national exposure. In the future, Donsai hopes to take the album on a small provincial tour across Ontario.

Whenever Donsai isn’t writing, recording, performing or hosting events, he spends his time in the studio recording, engineering and mixing for other underground hip hop artists. Some of the local Brantford talent he has engineered for includes Maloney (Came and Gone), Tyler Durand (NoScuzacks) and Lipinski (Isolation), along with countless others from Toronto, Mississauga, Brampton, Kitchener and so on.

The demand for hip hop in Brantford is rapidly growing, with each generation of youth showing more interest in expressing their thoughts and ideas through rhyme, or just listening to and enjoying a fresh sound, never before showcased in the city. Donsai is an inspiration to Bell City’s unknown hip hop community. His motivation and dedication to bringing back hip hop, and making the community aware of our very own raw talent, inspires others to turn up the volume on full blast so the world can share in the poetry that is hip hop.