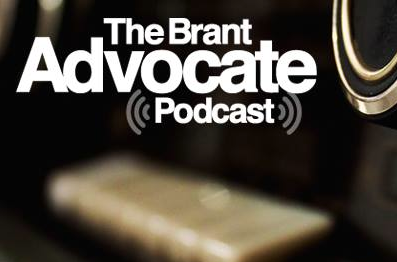 I’m listening to a podcast right now. It’s the BBC’s Film Review Show with Mark Kermode and Simon Mayo–one of my favourites. This past April it was downloaded 2.4 million. Think about that. 2.4 million people took the time to download two people, and the odd guest, sitting around talking about movies. The show has good production values (it sounds nice), and the hosts have this witty back and forth relationship not unlike a relaxed, British Siskel and Ebert mixed in with some of the bickering of an old married couple. They call it “wittertainment,” and it works.

2.4 million downloads reminds me that living in the digital age isn’t just about email, Facebook and Twitter. There is a whole DIY digital world waiting out there. It’s one that I think is the right fit for Brantford too.

I love podcasts and have been an avid listener for years. Podcasts are great for when you’re on a long drive or taking a walk, and they are especially great at making mundane tasks like cleaning whiz by. There’s something so personal about it too. A good podcast gives you the same feeling as sitting at a cafe and overhearing the most interesting conversation two tables over. The difference is that with a podcast there’s no guilt or worry you’ll be caught snooping.

In March of 2010, during my run for Brant MP, I did my first podcast, sort of. It was a mini-cast using a program called Audioboo. It was a neat little app on my phone that I could use to make five minute podcasts. Later, someone could download them off of iTunes and hear that little interview, or more often than not I would tuck it in my breast-pocket when I was doing a speech or a debate and could then share that later with those who couldn’t make it to an event. Recording live music or quick interviews with local people was fun. Syd Bolton and Sean Allen have also created some pretty fun Audioboos over the last few years that are worth a listen.

In June of 2010 Kevin Smith recorded his Stocky Night In Canada Two Smodcast at the Sanderson Centre. I couldn’t be at the show but I got to hear it, and I think I also got to hear some of my friends screaming in the audience. It was the first time I had heard a “big” podcast come out of Brantford. I’d been listening to podcasts for so long, but I just never thought of it as something that could be connected with Brantford and the surrounding area until I heard that podcast and realized there would be people all over the world downloading this thing, hearing stories about our region.

I know that night inspired Robert Lavigne too. He and I have discussed it, and he wrote a wonderful piece about his experience at that show in our May 2012 edition of The Brant Advocate. In its shortest form he came to Brantford to see this Kevin Smith Podcast being recorded, and never really left. Robert is also a lover of podcasts and he hosts what is in my opinion the best podcast in the region: The Social Business Hangout. He’s got a world-wide audience, and most of his guests are from this area because this community has something to contribute to almost any conversation. As of this article, I’ve been able to find 83 episodes of the Social Business Hangout and they are a blast to listen to.

I’ve often wondered how it is that there aren’t 50 podcasts out there sharing the stories of Brantford and area in a community saturated with so many papers, radio stations and other media.

The Brant Advocate is proud to have dipped its toe into the podcast wading pool. After a bit of a rocky start back in December of 2011, we’ve found some consistency and since this past May have been able to get audio content out to you more regularly. And, you have been listening! We’ve been very happy with our stats and growth on iTunes, and on our BrantAdvocate.com homepage where people seem to enjoy catching these episodes.

So far we’ve been able to provide exclusive musical tracks (send us local music and we’d be happy to share it), catch the reaction of local people to big events and give folks more insight into the stories we’ve published and the writers who write them. We’ve even had people reading stories for the podcast, and are looking for more who would like to contribute in this way.

When we launched our little not-a-newspaper nearly two years ago one of our taglines was, “A Voice For The Stories of Brant.” The Brant Advocate podcast is a step towards making that tagline quite literal. It’s a step toward a multi-media expansion of The Brant Advocate beyond the print edition and into podcasts, digital apps and beyond. Just wait until our next announcement in August!

Listen to The Brant Advocate Podcast on Podomatic today!

Subscribe to The Brant Advocate Podcast on iTunes anytime!