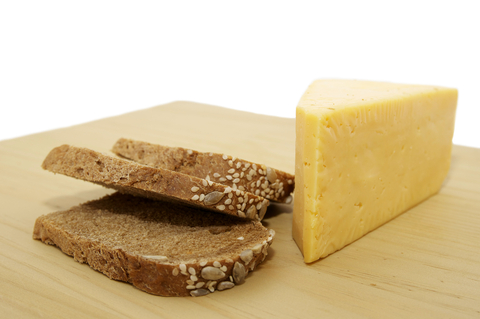 In the village, there are a lot of people standing in line with their families.  Today is like a homecoming for families living far away and for people who have been inside all winter, today is coming out of home day.  The doors of the community centre open for the elders who are respected and given a seat inside. They are given their bread and cheese first.  They had waited in line many times before, now they wave at friends and family as they go inside the door.  I see friends from school, cousins, aunts and uncles.  They say hi to my mom and ask, “Is this your little one? My how she’s grown.”  Mom replies, “Yes this is the baby.”  I groan to myself, “What is she saying? I’m six, I’m no baby!”  You’d think they’d see how tall I am.  Acting older would now seem to be the thing to do, but as the crowd got closer and closer to me, acting younger was the wise thing only the baby could do.  Dad lifts me high above the crowd.  Safely perched in his arms I can see all the way to the back of the line.  It’s a sea of faces all waiting with me, all for a big slice of bread and a big chunk of cheese.  (From the book Bread and Cheese)

When I was in high school I remember my non-native friends would ask, “So what are you doing for the May two-four weekend?”  I would tell them, “I’m going to Bread and Cheese.”  The common response was, “You’re going to what? You stand in line to get what? You mean like the bread you eat? You get just one piece?”

It’s been many years now but I remember the first time I asked my husband, who is non-native, to come with me.  He said, “You know, I just don’t get it.  People lining up for a piece of bread and a piece of cheese?”  I told him, “Ya, and some even travel from the states and they’ll wait in line for an hour, rain or shine!  When we were kids we would wait in that line and then run around and get in it again!”

When I brought him for the first time, he got in line in total amazement of the people around him.  He couldn’t believe how many there were. I said hi to a lot of people I hadn’t seen in years or at least since last Bread and Cheese Day. We stood in line until the parade went through and we all began the traditional shuffle towards the entrance. We get to the door and every mother who has more than one child whips out the infamous white plastic bag that will carry that precious booty of bread and cheese home.

My husband then tightly grabs one of our children and I take the other and like groupies at a rock concert we’re swept away into the crowd.  We yell to each other as the current of people separate us, “I’LL MEET YOU ON THE OTHER SIDE!”  When we are safely reunited outside the building there is a total look of amazement on his face.  He’s smiling with the look of someone who has just survived a double looped corkscrew rollercoaster ride.  I think he passed through the line and came out a changed man.  With bread in one hand and cheese in the other he looked at me and said, “I get it now.  It’s not about the bread and it’s not about the cheese is it?”  I smile at him and, at that moment, every Bread and Cheese Day I had gone to flashed by. All the times I stood in line with my parents, with my sister and I running between their legs.  I remember spending the afternoons at my grandmother’s house with our cousins from Rochester.  I remember playing at my other grandparents’ house in the barn with all the Bomberry kids!  It sure isn’t about the bread and the cheese.  It’s about family, it’s about community and it’s about coming together for a day to celebrate.  If you’re from Six Nations then you have been raised on bread and cheese. And no matter where you are in the world on the 24th of May weekend, your heart will be here.

…… Bread and Cheese, what a great holiday!  A day off from school and a parade, all for a big slice of bread and a big chunk of cheese, a day of celebrating what we call Bread and Cheese.

May 24th on the Six Nations of the Grand River Territory had been referred to as Victoria Day. The event of handing out bread and cheese began during Queen Victoria’s reign in the early 1860’s. It was in recognition and appreciation of the native’s loyalty to the Crown during the American Revolution. This became a tradition funded by the Queen’s Treasury, until her death in 1901. In 1982, it was changed to Independence Day. The Six Nations Band Council revived the event in 1924, and it became known as Bread and Cheese Day.

Tags: Bread and Cheese, Lorrie Gallant, May 2012, The Brant Advocate