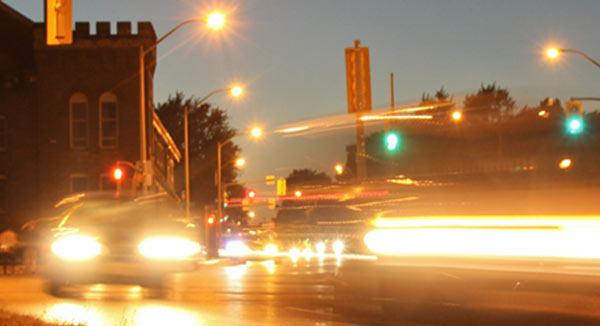 When I was ten, I lived beside a park, and a rather ordinary one at that. It had one old, creaky see-saw, a row of six swings, and two metal slides. Hardly enough to captivate interest, but at the time, I found myself going there nearly every day. In the evening, I’d tell my mother I was heading out to play, walk out my back door, pad across the neighbouring green field, and find my way to the benches.

There, I’d see the four teenage girls I’d grown to revere. They couldn’t have been older than sixteen or seventeen, with dark eye makeup and cherry red nails. Almost every night they were there, laughing, chatting, smoking long menthol cigarettes, and rolling blunts.

Whenever I could, I’d sit with them, and though they were little more than strangers, they always obliged. They loved Motown music, and would often break out into spontaneous song, screaming in harmonies as they used the skimpy play equipment as a makeshift stage. An old standby was Sugar Pie, Honey Bunch. They couldn’t believe I’d never heard of the Temptations.

Mostly though, we just sat there. It was always pretty quiet. Quiet enough for them to smoke in peace, and quiet enough for me to lean back and just listen. Often their conversations would wander into the territory of death, personal loss, pain, and confusion.

One choked up remembering a car accident she’d been in with her friend. While driving, she swerved, and ran off the road. She felt like it was her fault that her friend had sustained a sprained wrist and suffered a concussion. For a moment, she trembled, she thought that she might even be dead.

She replayed, step by step, the long drive back home, describing the knot in her stomach. At the front door, she said, upon seeing the cruiser, her mother bit into her, screaming, “What did you do?!” thinking that something horrifically wrong must have happened to merit an escort. After hearing the whole story though, she melted, holding her daughter as she cried.

Another talked about losing her mother to cancer. There were long pauses, drawn out tears, and a comfortable silence as the others engulfed her with their arms. I remember being shocked in that moment, by the lack of words and yet the overflow of emotion. All of it was brand new to me.

Other conversations were decidedly less heavy. They centred around school, or assignments, or parents, or boys. Sometimes, the girls would get into lengthy debates about the best decade of music, or describe at great length their favourite television shows.

At the time, most of it went over my head, and yet I was still transfixed. To this day, I can still close my eyes and picture myself on that grass field, flicking away at one of the red lighters the girls would sometimes toss me, as I listened intently. It’s a story I happily recount, to the great chagrin of my single, working mother, who would have bolted me inside the house had she any idea what I was up to. And yet, besides the added benefit of making me feel like I could have been a bohemian child, they were moments I came back to later on in my life. Dealing with the loss of a loved one, trudging through high school, and even while listening to The Temptations, their words resonated with me. Their intensely personal stories, each as delicate as tissue paper, were gifted freely. These vulnerable pieces of themselves were left in the hands of a young, naive stranger, such as myself.

Sadly, I cannot remember their names. I don’t know where they are today; what they do, who they’ve become, or the things and people they love. But to them I’ll be eternally grateful for teaching me what a powerful, jolting experience it is, when we share our personal experiences without expecting anything in return.