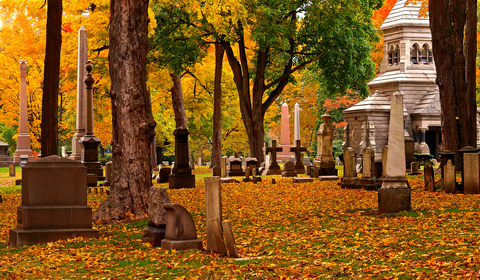 Despite stereotypes and assumptions that First Nations men are warriors, Haudenosaunee peoples – both men and women – have always wanted to avoid war. During the era of the War of 1812, this choice was not possible. “Our ancestors had to decide which people – Tiorhon’sha:ka (English people in the Mohawk language), or Wahstonhro:nen (Americans, literally, ‘People from Boston’) – held our interests the best, and who had the best chances to defend those interests,” writes Rick Hill. This complicated decision did not come with a reward, but rather, started a chain reaction of atrocities.

It is important to learn about this complicated and untold history to better understand First Nations’ current events. Stereotypes have arisen from recent protests, allowing the general public to make assumptions of their own without knowing the history and need for First Nations people to protect the land. My hope and goal for the future is to challenge and erase these stereotypes regarding First Nations’ peoples. It is important to help educate and foster a better understanding of why there have been protests and land claim issues, and to find these answers we must all reflect upon our history and the wampum belts that tell these stories.

Both the British and American allies understood Six Nations’ land claims; it was a mutual protection of land. The allies had made concrete pacts with various Haudenosaunee warriors and other native allies, but did not abide by these contracts. Woodland’s current exhibit, War Clubs and Wampum Belts: Hodinohshoni Experiences in the War of 1812 allows everyone to learn about the untold history of the Haudenosaunee Warriors. The curator Rick Hill, coordinator of the Indigenous Knowledge Centre, has thoroughly explored the role of the First Nations’ Warriors, but in the end argues, “If there were any losers, it was our allies on both sides of the Niagara River. They failed to live up to their pledges made as a precondition to our involvement in this war.” At first view, this quote can come off quite alarming and disturbing, but to reflect upon the history is to thoroughly understand the past and look towards a peaceful future.

Rick Hill states, by reflecting upon the War of 1812 through a Haudenosaunee perspective, “We can see the real service that our warriors provided, and in appreciation of that alliance, we will build a productive future together as allies in peace.” Obtaining a clear perspective never comes through one lens, rather through multiple academic arguments. The conference, the 1812 Whirlwind: The Impact of the War on the Six Nations, explores various academic perspectives on the role and impact of the Haudenosaunee warriors on both sides of the Niagara River. It is important to understand Haudenosaunee warriors were fighting against their brothers and families in the Lewiston and Buffalo areas. Our goal is not political, but rather educational, we want people to hear and learn about these academic perspectives to be able to work towards a peaceful future. Diversifying the audience for this conference allows for new research to occur. We are encouraging historians, librarians, researchers, teachers, and youth and anyone who wishes to broaden their perspective on the history to attend the conference. Once people begin to understand how peaceful Haudenosanee peoples are, it will be easier to work towards a peaceful future together, not necessarily in reconciliation in terms of atonement, but rather working in harmony, to coexist peacefully in order to move forward.