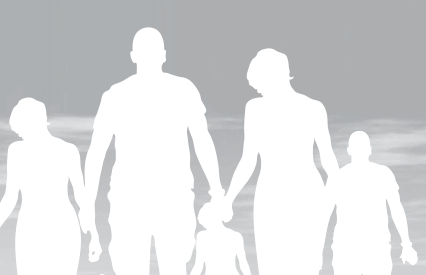 I left Brantford in grade six, only to come back for university, years later. Arriving on day one, in 2009, I was genuinely excited, but the state of the city quickly knocked that out of me. The downtown core looked like a bomb had gone off, and no one had bothered cleaning up; the roads were cracked and uneven, rows of dusty shops were left abandoned, and there was this huge disconnect between people on the street. I had been forewarned that things were bad, but I simply wasn’t prepared for it to be this bad. What made it truly unbearable however, was watching enthusiastic, unassuming Laurier students happily trouncing about on the carcass of my home city, like nothing was really wrong. It burned me to the point where I couldn’t appreciate Orientation Week. I found the cheers, the parties, and the events, all rung hollow. Instead I’d make these almost religious treks up to my childhood home on Marlborough Street, and brood over the crudely fashioned graffiti on the exterior, and plethora of scattered beer bottles. I don’t know what I thought I’d get out of it, but mostly, it just made me dizzyingly sad. Everywhere I looked, I saw local hardship, struggles to fold into a new way of life here in the core, and on the other hand, students who didn’t seem to notice.

Unfortunately, it wasn’t long before I too lost perspective. My world shrunk from a city, to a campus, in the course of a semester, and all those issues began to sound like white noise. I could feel myself falling deeper and deeper into the university’s bubble.

The questions I had changed.  Why do so many kids in the downtown go hungry? What can I do to address this homelessness epidemic? How can I work with others to make Brantford better? These questions were drowned out by thoughts of when’s my next class was, finishing my readings, and making it to that meetings. This was all coming from someone who’d grown up here, who’d seen The Lion King for the first time in the Odeon theatre, shopped frequently with my mother in the Eaton Centre, and spent every weekend at the public library. I still loved the city, I always had, but living a student’s life proved so oddly hectic and insular, that it became hard to see past my own superfluously padded schedule.

In second year, whispers from the outside began permeating my closed exterior. I could finally see that there weren’t just hardships in the city, but also people actively working to counter them. For the first time since coming back, I saw that Brantford wasn’t just a struggling town, but rather, a place fostering culture, programming, and most importantly, a story. Of course, I only learned this because my work prodded me outside my comfort zone. Seeing the gears turning inside the Brantford Mosque, St. Leonard’s, the Salvation Army, left me in awe, and made me view community building in a radically new light. I fell in love with my city again, this time on a deeper level – it gave me conviction, and it gave me hope. Conviction that my city deserves respect and care, but also hope that even more students will see this and get involved.

Obviously, there are already amazing Laurier students who volunteer in the community, and cross those boundaries, but there are far more who simply don’t; it’s so important to say, that this is not out of malice. On this campus, I see students who leave me in awe of their stamina, as they tirelessly plan events, organize fundraisers, and foster friendships. I feel the warmth many have for the city, a subtle pride that most don’t know what to do with. So many students are itching to carve out their place here, to truly belong, and this makes all the difference. This is why I urge groups, residents and students, to actively tear down that wall. There is community being built on both sides, ones that beautifully compliment each other.