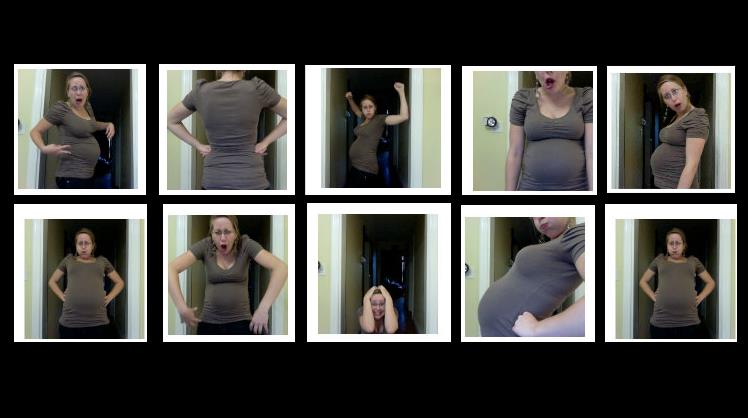 To start with, you all must know that I am a Jesus geek – Christian, if you prefer, but rather obsessed with God, Jesus, church, and all that goes with it. Normally this is all fine and dandy, but when I found out I was pregnant about six months ago, it really complicated my situation.

As most of you know, unmarried Christians aren’t supposed to get pregnant, because they’re not supposed to be getting into situations in which they could get pregnant. Having grown up in the church community, I couldn’t exactly claim that I missed the memo. I knew.

Even if I weren’t a Jesus geek, my pregnancy would on most counts be considered inconvenient. As urine tests, blood work, and ultrasounds confirmed that I was, in fact, all knocked up, I watched my plans for the next few years quickly become unrealistic. Paying off my school debt within a year, doing ministry training in Thailand, going on a road trip through South America, having a secure relationship before starting a family, having a stable home, all of it dissolved.

Then came the fear.

How would I be able to emotionally and financially survive as a single mom, even with the support of my ex-boyfriend? How could I tell my family this news that could break their hearts? What would this mean for the leadership roles I was holding in numerous Christian organizations? What kind of repercussions was I going to face from my church? Could I still be me, even if the world would know I hadn’t lived up to the standards set in place by my faith?

Despite my pro-life stance, I definitely considered abortion. I know Christian girls who have gone that route because of similar fears, even though in other circumstances they would have gladly continued their pregnancies. Absorbing all the consequences in secret, they considered that a better option than becoming shamed outcasts of their family and church communities. Dealing with extramarital pregnancies is something the church in general is still working on.

For me, in the moment I caught myself saying goodnight to the little person with whom I was sharing my body, I realized that this was actually happening and that I wanted to face motherhood, even if all of my fears could turn out to be warranted. It took awhile to sort through things internally and deal with technical details before I was even ready to tell my family.

So, with extremely mixed feelings about my Dutch family’s reactions, I gave them the truth. And then I gave more family the truth. And then I told my church, friends, and others who had the right to know. Conversations that in other cases would have been full of celebration were presented with sadness and accepted with surprise.

After completing the most awkward conversations of my life, I was shocked at what I felt next, anger and gratitude all mixed together. I was completely livid at numerous different people in my life for not understanding, for not being there for me, or for having different reactions than I had envisioned. At the same time, I was embraced with acceptance, love, forgiveness, and generosity from nearly everyone I told eventually.

Then came the consequences. Having the obligation to work as many hours as possible in order to qualify for employment insurance, meant that I no longer had a life. Combined with my incessant need to sleep and eat, I really didn’t have time to spend with friends and family, meaning that a number of my relationships started to become more and more distant, just as I had feared they would.

There was a stretch of a few weeks when my life involved little other than biking to and from my two jobs and catching as many consecutive hours of sleep as I could on my bedroom floor, since my creaky loft bed was too hot in the summer, as well as too far from the washroom now that my visits there had increased. While working literally any hour of the day, and sometimes for 24 hours or more on end amidst a battle against pregnancy exhaustion, I fought hard to come to terms with my new reality and all that I was facing.

Some of the consequences of my pregnancy were awful. Knowing how badly I had hurt my family made it difficult to picture a happy future. Plus, the trust I had broken at my church meant that some of my roles were discontinued. The worst was losing the right to keep running and attending the young women’s support group I had founded and run for the last year. My heart was broken.

When I began blogging about my story, I received some of the greatest encouragement ever. Comments and messages filled with hope, greatly strengthened the conviction I had embraced to see God do great things through my story, in my life, and for my child. People who I hardly knew took the time to share beautiful words with me, including personal stories, advice, and even offers of baby items, a car, money, and places to live. Never in my life had I ever felt such community.

As more challenges arose, including the loss of one of my jobs and gradually decreasing mobility, my faith in a forgiving God and the love of these people made me feel stronger than ever before. Frustration still had a place in my life, but the idea that my life would still be awesome took a deep root.

One magical day when I felt my baby move for the first time, I started to fall in love with my child. Talking to him, dancing with him, washing and folding his tiny little clothes, is all rather incredible. I wonder if this is the definition of intimacy?

Pregnancy itself has all sorts of quirks and oddities, but I find them rather fun most of the time. So what if it has led me to throw up in dozens of strange places, caused me to pee myself upon coughing too much, and limited the kinds of food I can eat? I don’t even mind that sometimes when I stand up, my legs are asleep and I have to waddle while crouched for the first few seconds. All the aches in my ribs are worth the sight of tiny feet pushing out from inside my belly.

As I write this, I’ve got about a month (give or take) of being pregnant left. Then I’ll get to meet the tiny person who has already changed my life forever. I’m going to love the crap out of my little boy, and, even though life already has no resemblance to the idealistic plans I had laid out, it’s fine. I even choose to believe that it’ll be wonderful.

Yup, this chick is pregnant as can be, busting at the seams with evidence of fertility. Sometimes life brings surprises that take a lot of patience to endure, but man, will they ever enrich our stories in the end! Oh, life is a jolly time.