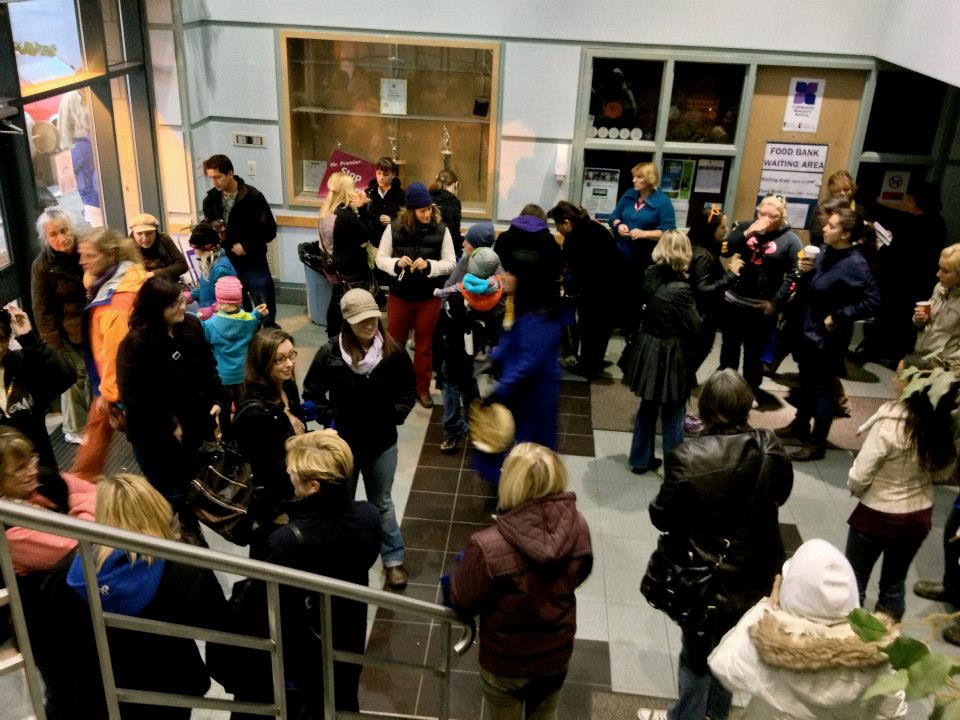 Growing up, I hated the idea of small towns. Images of nosy neighbours, rampant local gossip, and small minded thinking haunted me. Volunteerism and collective activities, general niceties among strangers, I decided, were squarely for those who had too much time on their hands. So, when my mother and I moved into a new complex and our next door neighbours politely introduced themselves, we spent most of that same evening feeling thoroughly violated by what we coined their aggressive kindness. At the time, I thought those kinds of actions represented everything I loathed. To me, the stereotypical community provided nothing but constant criticism, collective shaming, and worse yet, a tendency to suffocate its members; I thought every close knit town functioned a lot more like Pleasantville than they cared to admit. Simply put, I was wrong.

Community is an incredibly powerful force. It has the ability to hurt, certainly, but more often than not, it chooses to heal. In a hectic world, it provides some semblance of order, fosters mutual understanding, and sparks amazing initiatives. I’ve seen this happen, and yet, it’s an admission that has taken me a long time to articulate. I know I’m not the only one. In many ways, romanticizing rugged individualism feels like a generational phenomenon, a condition currently attributed to young people in droves. With examples in our story books, TV shows, and historical anecdotes, I’ve seen the old adage no man is an island mocked mercilessly. Some believe this is the way young people are wired, and the way they’ll stay until they get older, and start valuing some of the security that comes with being part of a group. However, I believe just the opposite is true.

Young people are hungry for community, hungry for collectivism, and hungry for empathy. Sure, they may hate the stereotypes they’ve been fed, there’s no denying that, but every bit of personal experience I’ve had has proven to me that no matter how young, or bold, or striking you are, you need support structures in your life.

Even those seemingly unnecessary niceties make sense. Not too long ago I received a phone call from my best friend, who lives in Toronto. She was almost in tears, simply because no one there held doors open for each other, or said thank you. After a year in the city, this was wearing on her. It may seem small, but it became obvious immediately, it wasn’t a small thing to her. And this was all coming from a city loving jet setter, who’d dreamt of New York and L.A. her whole life. In that moment, an uncomfortable reality hit me in the face. Whether we like it or not, we need each other, for our own health, our own happiness, and even, our own sanity.

Finding my place here in Brantford is a perfect example of this blissful surrender in my own life. My baptism by fire as I often dramatically refer to it. In third year, my roommate Katie and I decided to make a documentary for our class. When it came time to pick a subject, we chose a local knitting group run by shop owner Jacqueline Buscombe based out of Netty’s Vintage on Brant Ave. Almost immediately, we were faced with a huge dilemma. While mandated to document these women at arm’s length, we found ourselves caring more and more for each of them, and they in turn became invested in us. Suddenly we had a group of diverse and interesting people we saw every other Tuesday night. For me, it was an exceptional feeling. So, of course, I couldn’t stop there.

I found, surprisingly, connections are easy and fun to make if you’re willing to take the first step. Finding a local cafe where the owner learns your name, joining a team that lets you share a pitcher together afterwards, or working on a collective project that makes you share and laugh are just flat out good. When I realized it was possible to custom make my community experience, the opportunities became endless.

Sadly, the mass stigma associated with collectivism means young people today are still blindly searching for something they’re ashamed to crave. The TV show Community, one that I unabashedly, personally adore, represents this tug of war perfectly. By all accounts, it’s become a cult classic, particularly with youth. One that doesn’t focus on love affairs, salacious shocks, or any of the normal fare. As its name would suggest, it’s all about the immense benefits of fostering a caring community. In it, the lead character lets his sarcastic, hardened guard down, finally realizing that the people he’d deemed worthless to his goals have become his friends. No, more than friends. Together, they’d become a community.