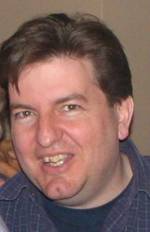 We appear to be fixated with “perfect crimes”. From Lizzie Borden, through the Great Train Robbery to various art heists, the thought of someone engineering the crime of the century has generated endless bestsellers and action movies. Recently, in the throes of another election campaign dominated by negative campaigning and monosyllabic slogans, I was reflecting on how much of the discourse has centred on “austerity” and making sure that we are “fiscally responsible”. As I was reflecting in this, it suddenly struck me that the perfect crime may well have been committed – and not all that long ago!

I am speaking about the “financial crisis” of 2008. Most of us are aware that the meltdown that took place at that time represented the most serious challenge to our economic system since the crash of 1929 and its fallout. What I think that the majority of people have forgotten, however, is that the crisis was precipitated by the greed of a fairly small group of individuals. The well respected magazine, The Economist, in examining the roots of the crisis in a September 2013 article, summarized its genesis this way:

With half a decade’s hindsight, it is clear the crisis had multiple causes. The most obvious is the financiers themselves—especially the irrationally exuberant Anglo-Saxon sort, who claimed to have found a way to banish risk when in fact they had simply lost track of it. Central bankers and other regulators also bear blame, for it was they who tolerated this folly. The macroeconomic backdrop was important, too. The “Great Moderation”—years of low inflation and stable growth—fostered complacency and risk-taking….Some research also implicates European banks, which borrowed greedily in American money markets before the crisis and used the funds to buy dodgy securities.

People who ought to have known better accumulated risk recklessly and then pawned off that risk on gullible investors in a manner that was morally reprehensible and even, in some instances, illegal. And yet, all these years later – after the disappearance of venerable financial institutions, the near collapse of the giant automakers, and the de-stabilization of entire states – virtually nobody has been held accountable.

I think this point bears repeating: despite the flagrant disregard of best practice and ethical and legal guidelines by dozens of financial industry insiders, virtually nobody has been punished for the near destruction of the world economy. If that does not constitute the “Crime of the Century” I am not sure what would qualify.

I have been fascinated with the ways in which the repercussions of 2008 have continued to make themselves felt in many areas of life. As I am an educator, I would like to focus on how it has affected my own vocation and the system of higher education more generally. Additionally, I would like to suggest a way out of the current dilemma faced by institutions of higher learning, one that would see some of those responsible for 2008 pay in order to temper some of its effects. It is a way that has received remarkably little publicity on this side of the Atlantic, despite the important debate it has aroused in Europe.

To be fair, I have to admit that the state of funding for higher education in Ontario was already in a state of disrepair prior to 2008. Successive provincial governments had reduced per capita funding to universities since the new millennium, as the table illustrates very well. The $472 per student decline since 2008-09 works out to a shortfall of more than $1.4 million for a campus – like Laurier Brantford – with a student population of approximately 3,000 students!

Universities are now struggling to weather the storm. Faced with decreasing support from the government, they have ratcheted up tuition fees and tried to grow, hoping each year to pay off the previous year’s shortfall by virtue of the tuition paid by (among other revenues) new recruits. It is a strategy that is doomed to failure. What is needed is a fundamental rethinking of revenue streams. One idea has recently gained popularity in parts of Europe: a Financial Transaction Tax or FTT.

The idea of levying a charge on financial transactions is not new. It was first proposed in 1972 by Prof. James Tobin, a Nobel Laureate in Economics (1981). More recently, the European Union has begun to consider a similar measure. In September 2011 a proposal was advanced that observed that the “…financial sector has played a major role in causing the economic crisis whilst governments and European citizens at large have borne the cost.” Consequently, it was necessary to ensure that “the financial sector should contribute more fairly given the costs of dealing with the crisis and the current under-taxation of the sector.”

The FTT under review in the European Union is applicable to a range of transactions including purchase of stocks and derivatives. It would levy a 0.1% charge on certain transactions and a 0.01% charge on others. Estimates of the revenue that would be generated have varied significantly with some experts predicting a windfall of upwards of €300 billion (that’s billion with a b).

The FTT is appealing not simply for its income generating properties either. As a recent Bank of Canada analysis pointed out “Historically, there have been two motivating factors for the introduction of the tax. The first is its potential to raise substantial revenues, and the second is its perceived potential to discourage speculative trading and reduce volatility.” Given the suffering occasioned by the 2008 collapse, the need to reduce speculative tendencies has assumed greater importance than ever. Self-regulation has proved ineffective.

It is safe to say that there is not yet consensus about the appropriateness of an FTT. The European Union has been split by the proposal with a group of 11 member states moving ahead while others have opposed the measure. The Canadian government position has also been against such a tax.

The fact remains that the implementation of such a tax could raise billions of dollars, which could then be funneled into priority areas such as healthcare, education and pension reform. Based on 2013 data from the International Monetary Fund, the Canadian economy is about 1/10 the size of the EU’s economy. Even if we take a more conservative estimate of the possible revenue generated – say €30 billion – that would mean income of about €3 billion or $4.44 billion. If this total were shared among the pressing social initiatives listed above it could yield in excess of $1 billion for post-secondary institutions.

An infusion of this kind of cash would compensate for perennial government underfunding, which is manifested in rising tuition and student debt, growing class sizes, labour volatility and increasing reliance on part time academic labour – all of which threaten the quality of education. It would also restore some faith in a system that appears to have allowed criminality to go unpunished.

We are regularly regaled with stories of welfare cheats who have defrauded the system of tens of thousands of dollars. Holding the financial sector to account for its recent behavior will help dispel the increasingly common belief that there are two sets of laws – one for the wealthy and the other for the disadvantaged. At the same time, it would allow us to reverse years of government negligence of post-secondary education and ensure that a meaningful investment is made in young people.

1. “The Tobin Tax: The case for a tax on international monetary transactions,” Canadian Centre for Policy Alternatives; available at https://www.policyalternatives.ca/publications/monitor/tobin-tax#sthash.oWz3YwAg.dpuf.