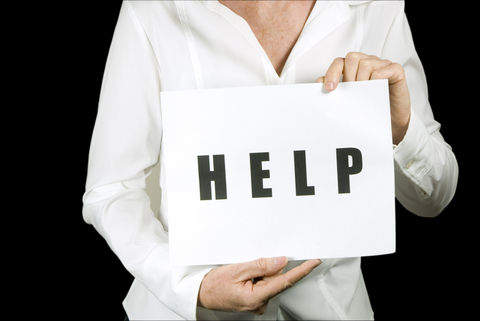 Today hasn’t been a good day at all. I’ve been needing to have a day for myself so I could take the vehicle to the shop, as it sometimes has issues starting. So here it is Monday morning: my car won’t start, I’m stressed to the max with work, and I have a sore back. Also, I’m the only PSW willing to assist this particular RN on this difficult case, and the only PSW trained enough to handle this case, as it needs a lot of mental health nursing.

We’ll call her Jackie. She’s in her forties and is paraplegic due to being run over by a train. She has acquired brain injury, hallucinations and is a drug addict. We thought that, especially because of being paralyzed, she wouldn’t be addicted any longer. So they send me there and back via taxi – because I don’t have a car. It’s out of town, so I’m late. The client is in a full blown crisis; her blood pressure is high since she gained a hundred pounds in ten months. Having to give the client choice, she chose carbs such as bagels for breakfast. She is angry and threatening and, if she had arms, she’d beat us within an inch of our lives. The client is provided her meds and some are missing, so we have to borrow from another day’s pills until we figure this mess out. I forgot to mention: her husband is also an addict and is her primary care provider.

She is having very big issues today. We come to notice she had been sexually assaulted in the night by her spouse. For a paraplegic, this can result in a fatal stroke or another serious medical issue. So the ambulance takes her in based on that. While there, we mentioned about medications missing, so they check her levels by way of blood test. Here we find out later, she had been given an injection of heroin just prior to our visit, and the pills we assume were sold on the street. A very stressful client and situation in the home, we were very glad to get her the help she needed and the care she needed in hospital as she was obviously abused as we learned after.

My next client I enjoy seeing very much. She is more concerned about validation and talking about her life experiences than about whether her hair is washed. We really have to cue her for good hygiene, as she is left alone all day by her only child and she wouldn’t do it on her own. She explains she was in a concentration camp and talks for three hours about her family and how she doesn’t understand why none of them come around anymore. She is a very smart lady and knows everything going on around her, and knows it’s not that they can’t come. The fact is, they can’t be bothered to drive two minutes down the road for even a five minute hello. She wishes me a Merry Christmas, as I do back, and she makes me take five minutes to have a hot chocolate with her before heading out. I realize that the only human contact this lady gets is our visits. Sad, especially at this time of year.

On to my other job at a retirement home. Today should be a nice visit, I’m hoping. Alex (not his real name) is sleeping when I knock and enter his room. He’s snuggled up to his 80-year-old doll. When its time for his afternoon care, we gently have to put his dolly aside on the bed. As explained to us, it is so she can continue her sleep. He is very protective of this doll and if looks could kill, we’d have died a thousand deaths. We assure him the doll is safe and will remain safe on the bed. At some point in his life, his family member smashed the doll’s legs to pieces. He explained to us that he put her back together as best as he could. After all, she’s his pride and joy, all these years he has had her. With afternoon care complete, he joins her once again under the covers to complete happiness.

Working my fifth job for extra money, since the others aren’t enough hours to eat and pay rent. I think to myself, no wonder we get caregiver burnout and stress issues. On top of that, we get disregarded as an important part of the team that takes care of these patients. There is little to no liaise with the registered staff. At least, not in Long Term Care where it is most needed.

It’s my first shift alone, after what they call orientation – where one is supposed to get the facility training needed to be effective. I was thrown right in as a regular worker, which should never be done when shadowing. When I showed up, everything was chaotic. None of the residents were assigned until I walked in. They handed me the worst and toughest cases. Prior, I was told to pull the call bell so someone could help me to transfer, as this is a must. It prevents injury to the worker and it is safer for the resident. It’s been awhile since I worked a lot of Long Term Care, and usually if I did, it was respite care given only on a private pay basis. I relied on myself, so transfers were not usually required. This particular shift, my bells got ignored. I was abandoned both times I rang for help. One time I stuck my head out in the hall and the girl who walked by told me to shut it off. I explained that I pulled it because I was waiting for her help. She reluctantly, after it was all done, came in to see if the patient was coming to breakfast after I had explained that the client refused and was tired now. Like I can’t state the client’s wishes accurately. If they refuse, we are not legally allowed to do anything against their wishes.

I’ve done all my baths and my clients are up, having had breakfast in their rooms as they requested. I go to join my team as they’ve returned from wherever they were, in the dining area. A person, who I now know to be registered staff, is in a mood. She sees me and starts verbally harassing me. I explain where I’ve been and report that the patients wished to eat their breakfast in their rooms. Which turned out to be a good thing, because they couldn’t have gotten in since the dining room doors were locked down, due to a fire emergency anyway.

I realize then that I’m not feeling well from the harassment, physically sick at this point, as she walks away from me. She’s done with me, she states. I’m dumbfounded by what happened. Surely a PSW, or anyone for that matter, needn’t be subjected to that at their job. I guess that’s what Human Rights Tribunals are for, but do we really have the time and emotional energy to be having to take this any higher, when the work in itself is stressful enough. There is no advocacy for the workers since the person in charge is herself a registered staff member, never taking the side of the Frontline worker PSW.

We are starting a business where patients can hire directly their choice of PSW, paid at $17 per hour to start, so we can begin having control over our lives, finances and emotional health too, in order to be the most effective worker. That’s what it’s all about, to be the most effective PSW. I was thinking that hasn’t changed since I went to school, and I haven’t lost sight of what it’s supposed to be about.

This also is why I joined OPSWA and work as an Admin. Asst/Board Chair at OPSWA. PSW’s need representation and advocacy. We research LTC issues, PSW complaints, etc. Our PSW’s are screened and are highly requested due to their upgrading and education. We also teach a Module at College level on the Role Of A PSW, and help educate others to become Professional PSW’s.

One Reply to “Diary Of A PSW: One Stressed PSW (Brenda Bondy-Caldicott)”