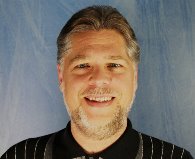 The Clean Water Act was created to implement all of the recommendations of the Walkerton Inquiry. The Source Protection Plans are supposed to identify the potential threats using a science based approach and either reduce or eliminate those threats.

Living in a well head protection area, it was quite a shock to find out that a gravel pit was opening right on our source of drinking water. The GRCA had done a great job informing us about all of the things that were considered a threat and even had a program where they would pay to ensure that old wells were decommissioned properly.

It’s hard to imagine how an old well would be a threat, but a gravel pit removing all of the material to within 1 metre above the aquifer is not. That just doesn’t make any sense at all. Now they tell us it is the lateral movement through the aquifer that will filter the water but if that is true for a gravel pit, then it’s also true for an old well. If that is the case, then they just wasted a pile of taxpayers’ dollars to properly fill in old wells that are not really a threat. The truth is that an improperly filled in well will give rain water direct access to the aquifer… and so will a gravel pit.

When we first received our notices of threats, certain gravel pit activities were listed as threats. But then they disappeared from the list. To understand how this could happen, you have to attend some of the Source Water Protection Committee meetings. On every committee is a representative of the aggregate (gravel) industry. Since these people are paid by the industry, they are there to protect the interests of the industry. If any of their activities are considered a threat, that will cost them money and limit certain activities. It just happens that the best gravel deposits also make the best aquifers. It would be their job to ensure that none of their activities are listed as threats.

Originally, the committee did list potential threats from aggregate operations but the Director of the program over-ruled the committee and denied the listing of aggregate activities as potential threats. This is in direct contradiction to the mandate of using a science based approach. This was a decision made by one man without any science. This decision was made because the Provincial Government has a document called the Provincial Policy Statement (PPS) that puts the needs of the aggregate industry over and above the health and safety of the citizens. The Clean Water Act can say whatever it wants, giving the impression to the people that the government is doing everything it can to protect our water. The PPS simply over-rules any other act or rule.

Let’s remember that a science based approach is supposed to be used to identify threats. That means that the committee will have to present potential scenarios that could be a threat and assess whether the threat exists using scientific methodology. If this committee was fulfilling its mandate, and you and I were to look at the situation and identify a threat, then they would have the science that tells us why it was cleared as a threat. Right?

The Concerned Citizens Of Brant have identified several credible scenarios that could potentially contaminate our drinking water that have never been considered. For starters, the land they want to mine has been farmed and sprayed with pesticides. The most dangerous is a chemical called Atrazine, a nasty substance that has been linked to the feminization of frogs and breast cancer and stays in the soil for over 20 years. It just happens that the same company that makes Atrazine, which turns up the production of estrogen, also makes the leading breast cancer treatment called Letrozole, which turns down the production of estrogen. Why this toxin is still allowed to be sprayed on our food is another subject. Our hypothesis is that the residues will be washed off of the material with high pressure when it is processed and concentrated back into the wash pond, which is no more than a big hole in the aquifer, allowing it direct access to the aquifer. Another possibility is that it can be concentrated within the waste material in the settling pond, which would be scraped out and spread across the floor of the gravel pit, one metre above the aquifer where it can gain direct access to the aquifer.

If the committee was fulfilling its mandate, then they should be able to pull the data that shows the chemical composition of the settling pond water, the source pond water and the mining waste. The fact is that none of these have ever been measured. These, and several other hypotheses are currently being considered by the Ministry Of Environment with the Permit To Take Water and it is our hope that they will take these threats seriously and force proper science to be done. It has now been over a year since the application was filed and we hope to get the answers at an upcoming stakeholder’s meeting.

Regardless of the outcome, I’m deeply concerned about the lack of consideration that the Source Water Protection Committee has put into the safety of our drinking water. We just looked at threats related to aggregates and are left to wonder what other threats were not properly considered. It seems that the aggregate industry just wave their hand and say “these are not the threats you are looking for” like that scene from Star Wars where Obi Wan uses the power of the force to get the droids past a check point.

With my experience, Source Water Protection looks more like an illusion.