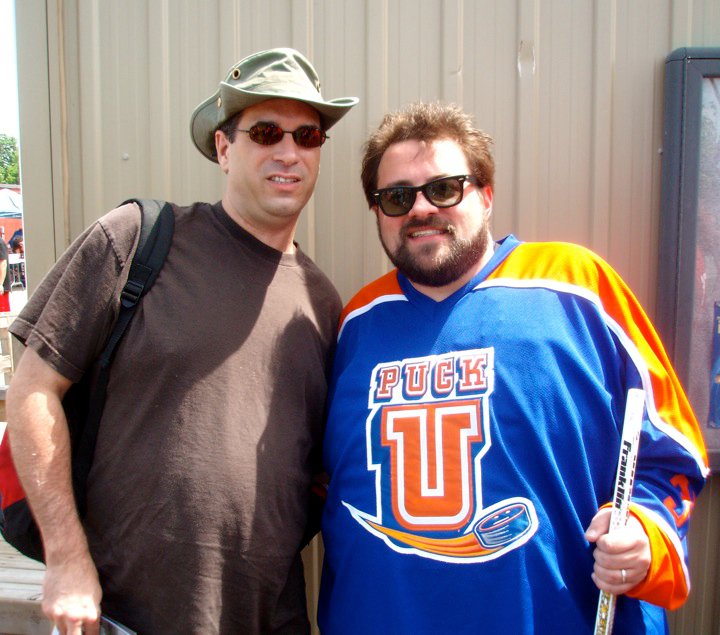 Back in June of 2010, I made the trek from Toronto to Brantford to see Kevin Smith play in the Walter Gretzky Street Hockey Tournament. It was supposed to be a one day trip. Drive into Brantford, buy a few Big Macs, watch Kevin play street hockey, catch Kevin do a live SModcast (podcast with Scott Mosier) at the Sanderson Centre, and drive back home to Toronto. Then something funny happened – I never left.

This year, The Lung Association has taken the lead in organizing and hosting the 6th annual Walter Gretzky Street Hockey Tournament at the Steve Brown Sports Complex / Lions Park from June 1st to 3rd. To commemorate this transition, I asked Tournament Capital of Ontario Coordinator Pat Shewchuk, Brantford Parks & Recreation, to highlight some of the milestones of this tournament.

In 2007, the Tournament Capital of Ontario (TCO) Board and staff created and spearheaded the Walter Gretzky Street Hockey Tournament, to first recognize the outstanding contributions that Mr. Gretzky has done, and continues to do for our community, and secondly, to raise funds for the newly created Brantford Sports Infrastructure Legacy Fund. Forty teams participated in youth and adult divisions during the inaugural year.

In 2009, Kevin Smith, international film director, actor and producer, heard about Walter’s tournament and decided to come to Brantford to play in the tournament. He registered five teams that were made up of his fans from across Canada and the United States. Kevin hosted his first live SModcast in Brantford at the Sanderson Centre; it was a sold out performance.

In 2010, the TCO was recognized by the Canadian Sport Tourism Alliance, a national sport organization, with the prestigious President’s Award for breaking the Guinness World Record for the Largest Street Hockey Tournament during the 4th annual Walter Gretzky Street Hockey Tournament. It was a significant accomplishment for a community of our size in Canada.

While I originally planned to attend the 2009 tournament to see Kevin Smith, it wasn’t until 2010 that I would visit Brantford for the first time. I still look back at that decision and wonder how much my life would be different had I made the trip one year earlier. You see while I came to Brantford to meet Kevin Smith and Walter Gretzky, I happen to also meet someone else that would forever change my life.

It was shortly after Kevin Smith’s Too Fat to Fly incident with Southwest Airlines. As a result of the public humiliation, Kevin decided to rent a tour bus instead of flying for his cross-continent trips. So I arrived at Lion’s Park and staked out his tour bus patiently awaiting Kevin to exit. As I leaned against a building wall, I started chatting with fellow fans also awaiting an opportunity to get their favourite piece of memorabilia autographed.

It was then that I first cast my eyes on Karen. She was wearing her: I have no job, no money, no car, but, I am in a band T-Shirt. Having recently called off a very expensive wedding engagement in Toronto, the last thing on my mind was to start a relationship in Brantford. My initial thoughts were to run away. Oddly enough, her reaction was to also run away that day. We parted ways and I joined some locals for a few beers at the Piston Broke in the newly revitalized Harmony Square. Little did I know that plans were afoot to get Karen to rejoin us. I would spend that evening sitting beside Karen enjoying the live SModcast at the Sanderson Centre. I left Brantford that night expecting never to come back, let alone call it my home a year later.

In 2011, Karen decided to join the View Askew Girls (V.A.G.) team and play in the Walter Gretzky Street Hockey Tournament for the first time. That year I also got to meet Walter Gretzky for the first time. He signed my Team Canada hockey jersey with his famous words: “Go to where the Puck will be, not where its Been”, in traditional Gretzky Blue Sharpie ink. It was that year that I got introduced to the View Askew Street Hockey League. Even though Kevin Smith couldn’t make the trip to Brantford, The VASHL contributed seven entries to that year’s tournament. 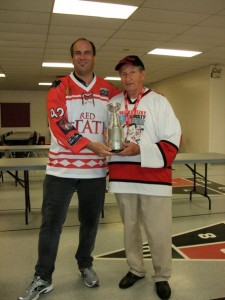 In 2012, I will be playing in the Walter Gretzky Street Hockey Tournament as a proud member of the View Askew Street Hockey League initially formed by Kevin Smith. I have been training for the last few months using the very trails that the Brantford Parks and Recreation Department, which oversees the TCO, are responsible for maintaining. I now jog almost daily and make a point of checking into foursquare at the famous Wilkes Dam. I update my Path and Instagram networks with daily pictures of the beautiful scenery that graces the Grand River during my cardio training. People around the world, on my social networks, get to see the wonders of Brantford that I get to experience during my training regimen.

The Tournament Capital of Ontario Board and staff would like to wish The Lung Association much success with this year’s tournament. I personally would like to welcome to Brantford the View Askew Vulgarians, the Leonardo Reapers, the Monroeville Zombies, the View Askew Girls (V.A.G.), the Funployees, the L.A. Mings, and the Hit Somebody HITMEN. While Kevin Smith himself has expressed an interest in coming back to Brantford in 2012, it is his fans who have committed their time and money to attend the tournament since 2009. It will be an honour to grace the Number 42 jersey as part of the VASHL Monroeville Zombies this year. I hope to see you all at the 6th annual Walter Gretzky Street Hockey Tournament at the Steve Brown Sports Complex / Lions Park from June 1st to 3rd. Who knows, maybe the big guy will read this and grace the net in Brantford with Puck U once again. Yeah Kevin Smith, I am calling you out to take on the Monroeville Zombies in a rematch in 2012. Don’t make me hit somebody!