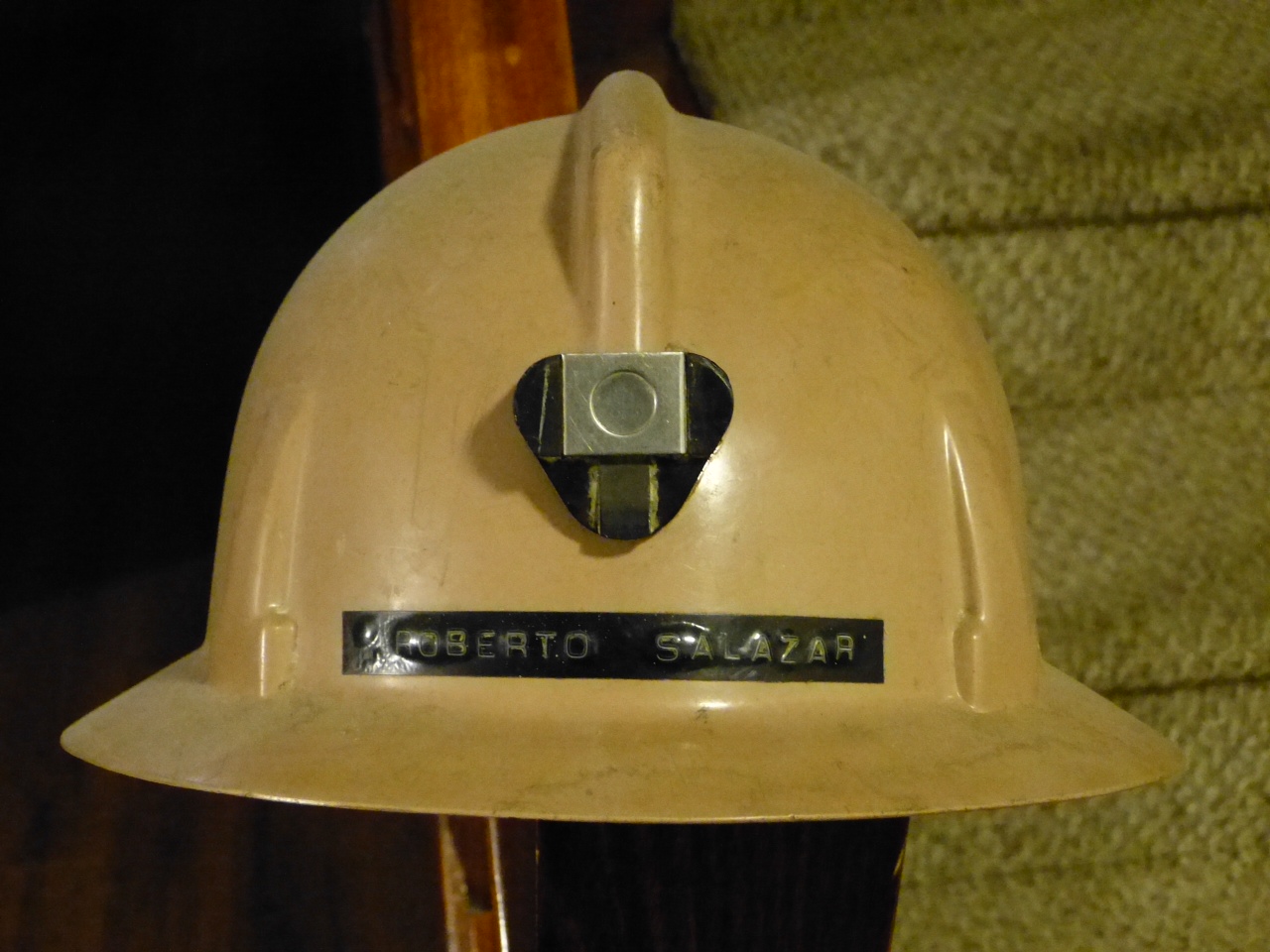 I moved to Guelph in 1976. There I worked in a magnetic wire manufacturing plant. I was laid off soon after my first child was born. So, I figured that I needed to find a new job, and quickly. That’s when I went to work in the mines in Elliott Lake. I was a miner for about five years. Working in the mine has been the highlight of my professional life; the reason being that not everybody can or will work in a mine. I once wrote a short paper about the drill that is used in the mines. It went something like this: “The first time I laid my eyes on you, you were leaning against the wall. I saw you there. You were so cold and distant. I approached you. Your body was hard and cold. I promised myself, someday you will be mine. Eventually, we got together. At first, I was not able to handle you. I needed all my will and strength just to hold you in my arms.”

“We became one. I became a master of you. We did so many things together. I wanted to be with you. I knew you would always be waiting for me at the last place I had you within my embrace. Then, one day, we parted ways. It’s been a long time since we last were together. I still think of you sometimes. I know that other men have you in their arms. I know you probably have surrendered to them as you did for me. Do they call you Jackie as I did? It is possible that they may be feeling the same way I felt about you. As for me, I don’t want to go near an eighty pounds pneumatic drill called Jackie anymore.”

I often describe what I felt the first time that I went underground like going back to my mother’s womb. I remember boarding the cage. The cage is the elevator that takes the men, materials and machines underground. This particular cage was a two decker, having the capacity to transport ninety men at once. As you step onto the cage, the air coming up the shaft is felt and smelled. I am not able to describe the stench that comes up. It is neither pleasant nor is it unpleasant. It is a heavy smell though. If you really want to know what I am talking about, all you need to do is go to Goderich. I was visiting that city one day a few years ago, when that old familiar aroma found its way to my nostrils. I almost fell off my bicycle from the surprise and the flashback. Funny, some things never leave you. There is a salt mine in Goderich and I did not know that until that day. On another occasion I was walking down Bloor St. in Toronto. There was some underground construction going on, as I was going by the hole in the pavement I heard the noise of a jackhammer. It took me right back to my miner years. After all these years I am still drawn to the news about mining whether it is here in Canada, or anywhere in the world.

You know the world is a beautiful place, indeed it is. There is beauty everywhere. However, the prettiest sight I have ever held in my pupils happened underground. You see, the mining industry requires the use of a lot of water. This is done to keep the silica dust down, and to assist in the drilling of the rock. Also, water assists in obtaining the uranium ore from the rock. Uranium is found in the surface that touches other components of the ore. If you think of a brick wall, uranium is found on the surface between the mortar and the bricks. The process of drilling itself produces what later on in the process becomes “yellow cake,” which is the name giving to the yellow material that is produced in the mine mill and later is used in the different uses for uranium after further processing. So there is always a sprinkler going. The one day my partner and I were having a break. We were sitting on the rocks looking into the darkness of the stope. The light that was attached to my helmet allows seeing light everywhere you look. So, I shone my light on the sprinkler and I saw crystals and diamonds jumping from the sprinkler into the darkness. It was the effect of the shiny black of the transparency of the water on the dull black of the background. I can still see it in my mind’s eye. What a beautiful scene! Underground is such a dark place that if you were to turn your light off and place your hand in front of your face, you wouldn’t know that your hand was there. You could not see it.

There were five main components to this mine. This might differ according to the ore body and general ground conditions. These four parts are the shaft that takes you underground to all the different levels of the mine. Then there is the main drift that follows the ore body just outside it. The sill drift follows the main drift just inside the ore body, just above and to the side of the main drift. This is done this way to facilitate the removal of the ore that is extracted from the stope where the production mining takes place. I worked in all of these areas and I have stories from all of them. I have so many stories of my life in the mines that I used to start talking about it and talk for an hour. One story leading to another, the same things is happening now. I want to tell you all about that time. I will contain myself and I will endeavour to be brief.