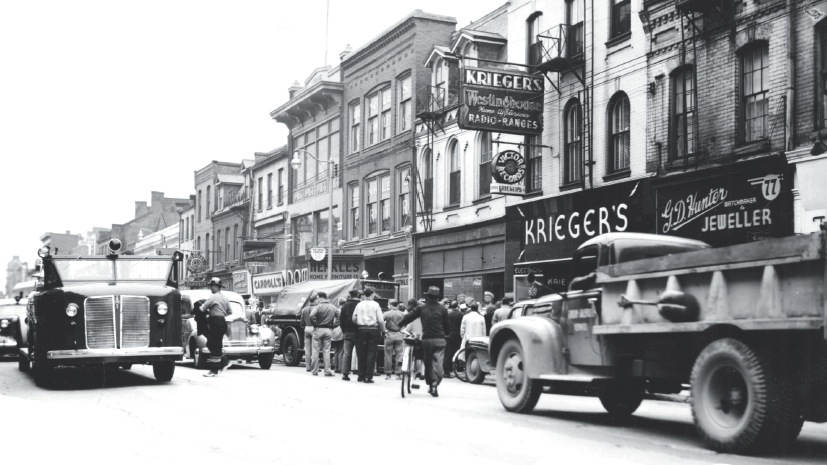 A community’s image is often defined by the traditions that it keeps. For some it’s the industries that power their community, things like manufacturing, mining, and technology. For others, it’s the great successes of their native sons and daughters, achieving greatness through innovation, invention, and athleticism. You can often find these declarative definitions at the gateways to each community, nestled in the welcome signs that greet you as you pass through.

Brantford, Brant County, and Six Nations are no different. Brantford is the city that prides itself on community figures like Alexander Graham Bell and Wayne Gretzky, and the rich history as a manufacturing hub and a Best Bloomin’ City. The County, as well as Six Nations, are filled with longstanding traditions. The Paris, Burford and Six Nations Fair’s have each lasted more than 140 years. They are complimented by evolving events that draw new audiences to their communities like the Grand River Pow Wow, Applefest and the Cobblestone Festival.

The events represent the traditions of old and the transitions to new. They showcase a community’s historical values while sensing the need to evolve into something different, something that helps to compliment the way the town is now rather than the way it was then.

Brantford is a city in a difficult position when it comes to tradition. It’s a city that was frowned upon for so many years now fighting to show itself as a community on the rise. From the ashes of the devastating loss of a strong manufacturing sector, Brantford, lead by an ever-increasing group of community leaders, looks to transition to new traditions that will help to build the community its citizens want it to become.

In the first 12 hours of 2012, Brantford will host three distinctly different events. Each one of these events is at a different level of establishment as a community tradition. But more importantly, each helps to show a signal of a community undergoing an evolution, one that compliments what is already happening in the surrounding communities.

Brantford starts 2012 with a New Year’s celebration in Harmony Square. The downtown landmark has become the site of many events that hope to become community traditions, as well as becoming to the new home to established traditions. It brings the community together for a traditional event that crosses all ages, classes, and cultures. It does so in a family friendly environment that reaches out to all corners of the community. This event is a tradition nearing establishment, one that hopes to reach out to those both new and old to this community.

Later that morning, a new event will emerge from an old community tradition. The 2012 Brantford Tournament of Races kicks off with the New Year’s Resolution run, the first of a series of six races to be held throughout the year. The running series is the evolution of an athletic institution in Brant. Running has deep roots here, with names like Mannen, Sullivan, and Duchene known throughout the sport both nationally and internationally. The Tournament is a representation of the traditions to come, the transition of our traditions into the fabric of an evolving community.

Immediately following the race is the 16th annual Mayor’s Levee held at the Brantford Armouries. Established during Mayor Chris Friel’s first term in office, this event brings politicians from Brantford, Brant, and Six Nations in a unifying spirit to help start the coming year with a sense of promise. It’s an open invitation to hear community leaders speak about the promise of things to come in the tradition of cooperation.

These are three events with three emerging traditions all within the same day in Brantford. All three build on existing traditions: the celebration of a universal occasion, our relationship with running, and the spirit of cooperation. All three represent the fundamental values of a community in transition by presenting the traditions of the past in a way that reaches out to everyone in the community, not just those who have been there for a long time.

As Brantford continues to look towards future prosperity, the community must look for ways to emerge from the past. Yes, there are some elements of Brantford’s past that made the community great. But many of those traditions have either fallen by the wayside, or have failed to stand the test of time. It is up to the leaders of this community to help Brantford rise up and form new traditions that remind people of the past but also embrace the future.

This year begins with a look towards our future. With so many exciting new events on the horizon for the rest of 2012, it is my hope that Brantford will be motivated to continue to work towards a full transition into the prosperous community that it once was.

Learn more about The Brantford Tournament of Races by visiting likerunning.ca