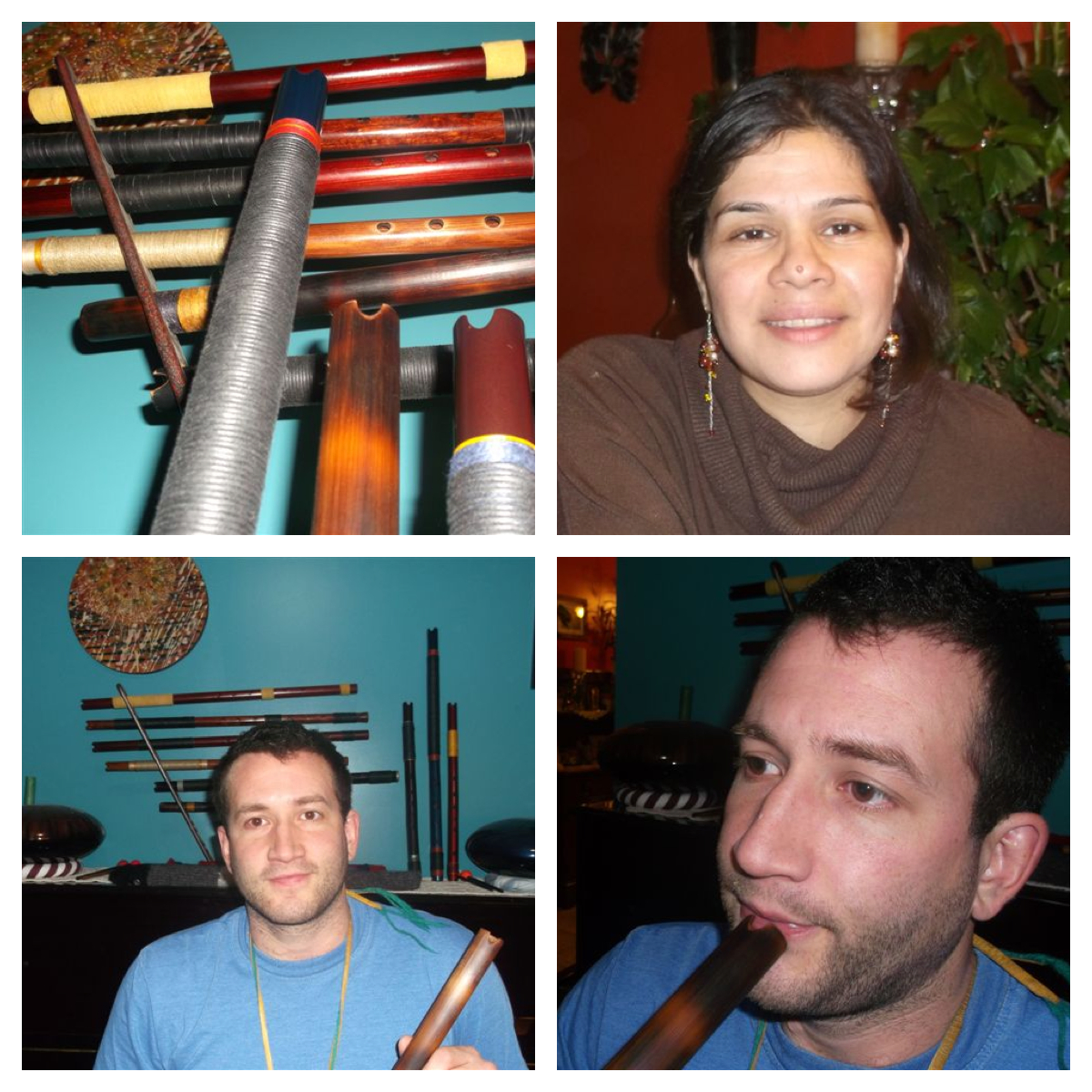 Music changes mood and mood changes perceptions. With changed perceptions and altered perspectives, the experiences that life presents can be seen as a celebration of what it means to live life.

Four years ago, Daniel Boskovic would not have believed you if you had told him that moving himself and his family to Brantford would put him on the path that he is on today. In a million years, he would not have thought he would have learned to play the flute, learn to handcraft flutes, and perform in front of live audiences. This is the story of how the flute has become an integral part of Daniel’s life.

It began one spring day in 2011 when Daniel was visiting Oscar De Los Santos, a South American Medicine Man, sound healer and artist. That day would open the doors to undiscovered skies; skies through which Daniel would soar.

Oscar had been working on one of his various projects and he invited Daniel into his workshop to show him his latest creation: a Native American Flute (NAF). The NAF was in the process of being completed and Oscar explained to Daniel how he went about crafting this instrument, but more importantly, the magic of it. Intrigued, though quiet, Daniel listened attentively. These words spoke to Daniel’s spirit and, less than two weeks later, Daniel had acquired a quena – the traditional flute of the Andes. It was not long before Daniel learned how to make his quena sing. Daniel was a natural; he learned to make music with his quena so quickly, that one would think that he had been playing for years.

By mid-summer of that same year, Daniel, with Oscar’s encouragement and support, had handcrafted his first flute: the Anasazi – a pre-historic flute dating back to 670 AD. From this point on, Daniel began creating his own flutes; crafting them out of wood, decorating them, and digitally tuning them to various scales.

To say that the flute has changed his life is an understatement.

For Daniel, learning to play the flute gave him the opportunity to express himself through the precious gift of breath. Having done a lot of self-healing work, Daniel had emptied himself enough to allow the flute to speak to him. Playing the flute helped him remove the barriers that kept him from expressing his deepest sorrows and allowed him to rediscover the celebration of his true, essential self.

Daniel describes playing the flute as being like medicine. The flute puts the player in a highly meditative state and creates the space for spiritual connection. The flute captures the essence of our being and then through musical expression, releases it so that we may revel in its mystery. It is an enchanting experience that brings the player into the space where the spirit can take over and sing its song to the world. Because music is able to transcend all language barriers, it is truly the language of the soul.

The flute is lifeless without the breath, your breath; and once you breathe into it, you also breathe your spirit into life. The spirit is a witness to all the experiences in a person’s life, and the flute is an avenue by which the spirit can tell this story. Everyone has a song, Daniel says, and this song can be expressed with the flute.

Today, Daniel plays flute daily and is currently in the process of mastering the kaval – a chromatic end-blown flute, traditionally played throughout the Balkans and Anatolia. Daniel has played at outdoor venues already, and this past summer – just over a year after having learned to play – he was invited to perform with Tribal Thunder at the Georgetown Big Daddy Festival.

Daniel handcrafts flutes out of bamboo, cedar and cherry wood. Although Daniel consistently uses five scales to tune his flutes, he is always looking for new scales that will capture his heart. Some of the scales Daniel has used to breathe life into his flutes include: A major, E major, Arabian, Anasazi B flat, and the Anita Sazi, a smaller version of the Anasazi in the scale of C.

In addition to handcrafting flutes for his own enjoyment, Daniel custom makes flutes for anyone who is interested in having a piece of magic in their life. Daniel is always eager to share his music and is elated when he can reveal the medicine of this captivating musical instrument.

What’s next for Daniel? It is yet to be determined, but this witness eagerly waits for what is about to unfold. A new scale? A new style of flute? More live performances? Recording? Workshops? Teaching? Whatever it is, it is guaranteed to be spellbinding, and to be so by the grace of that spiritual essence that has expressed itself through the magic of the flute.