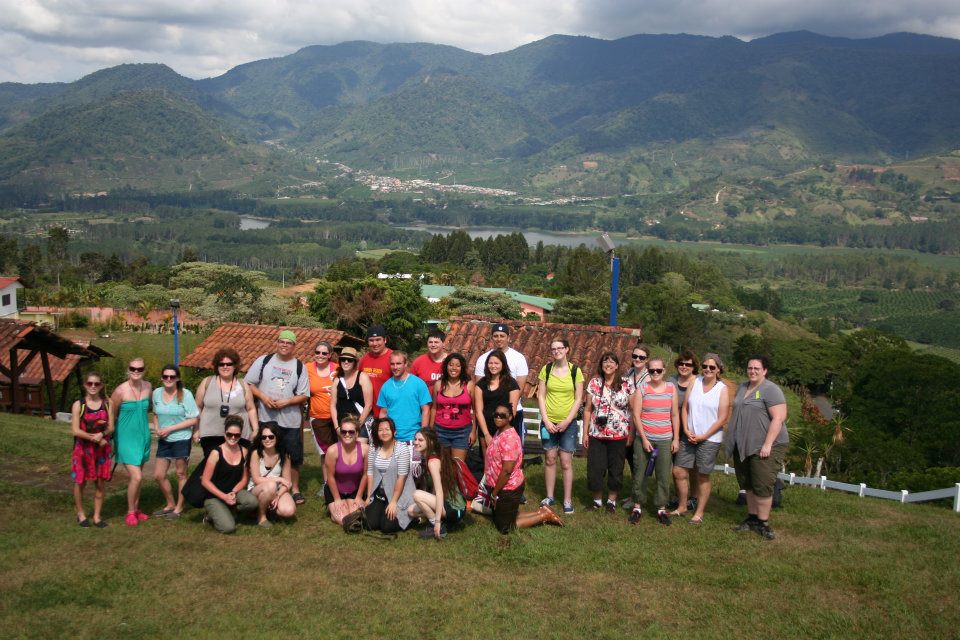 I have always considered that growing up in Canada was a privilege and assumed that, because we are such a developed country, that this is ultimately the best place to live. While I am very proud to be Canadian, a recent experience has opened my eyes to the significance of community and the importance of helping others; a simple concept that gets lost in our complex, fast paced, and advanced society.

I am fortunate to have been one of the twenty-six Mohawk College Students who embarked on an International Volunteer Excursion to Costa Rica this past May. With three Faculty and two Administrative Staff, the Child and Youth Worker program took part in what would become a life changing experience. We travelled the almost 4000km to a city called Cartago. It was here that we worked with children in both an orphanage and a school.

Before leaving on this trip I spoke often of the things I wished to see and do. I struggled with the idea of seeing wildlife and culture foreign to my experiences. I worried about not being able to verbally communicate appropriately, despite my lack of effort to learn the language. I did not, at the time, have any clear understanding of how we would positively impact the people, nor was it something that consumed my expectations; it was not a concept that I could grasp until I was there. Upon arriving for the first time at the school in which we would work for the week, we had the opportunity to learn about the children and families who make up the surrounding community. We met the children and teachers, we saw the lack of money the school had, and we were educated on what the needs were, not only of the school, but of the entire community. It brought to light, for me, differences. That first day my heart sank into my stomach and I was overcome with incredible guilt; guilt for each time I drank clean water from my tap, used my cell phone, had a laptop in class, wore designer clothing, was picky about the food I ate, or felt that I needed a material object to make me happy. These kids were sitting in desks and chairs that looked about 40 years old. There was no overhead projector, no TV, no computer lab, no library full of books… they could not even drink the water from the taps. At recess the kids came running outside and enjoyed a game of tag and skipping. They had no basketball court, no video games, no toys and certainly no cell phones or iPods; however, laughter and fun consumed them. They were grateful for the presence of others and embraced the time they shared together. The school was thrilled and appreciative that we could do something as simple as sand and paint a fence and just play with the kids. I fell asleep that evening contemplating these differences and feeling guilty about all I take for granted.

After spending the next few days working with the kids and fixing up the fence, I came to a realization – differences was a terrible word to describe my feelings that first day.  I used the term differences to point out what they did not have, what was wrong with their system. I felt guilt for their circumstances and guilt for taking my experiences for granted. What those next four days taught me was that somewhere along the line I forgot how to have fun and just enjoy the presence of others. I forgot that everything we do, whether working, learning or playing should be joyful. The children found such joy in simplicity. They embraced each activity and each moment they could with us and had fun despite not understanding us. They did not complain.

They showed complete respect and attention.  They demonstrated acceptance, understanding and equality. They were incredibly intelligent and were far more fluent in English than most of us were in Spanish. By Friday, I was no longer under the impression that I was there to help them; I knew I was there for them to help me. I was there to learn again how to have fun, how to find meaning in simplicity, and how to appreciate one of the most important aspects of life: relationships. Their community was financially poor but was so rich with connection. Local farmers donated food and businesses built structures for the school, donated land or offered a helping hand when possible. The children participated in growing fruits and vegetable to share with the community. I felt a sense of community and co-operation I have not seen before. Each person approached our group with a smile, a welcoming statement, a helpful suggestion but, most of the time, with appreciation. This is often an experience that is lost here; something so simple, so easy, and so positive, lost in our constant need to be successful and in turn, happy.

As we continue to become more socially distant, I question the impact one person can make, I struggle with the idea of how do I, now a graduated Child and Youth Worker, change the lives of kids and families. This experience has taught me that small communities and groups of people have incredible power and ability to change their surroundings and the minds of others. The burden of changing society cannot rest simply on those in politics; it falls on all of us within one community to change. It is the simple random acts of kindness- sharing experiences, donating to those less fortunate, giving thanks and spreading positive messages, that can change our lives. It is not a difficult concept, it is a proven framework. One small community, 4000km away, changed the lives of thirty-one people without the use of technology and without speaking the same language. They simply opened their hearts, and welcomed us as though we were part of their community to share what feels like a long lost secret!