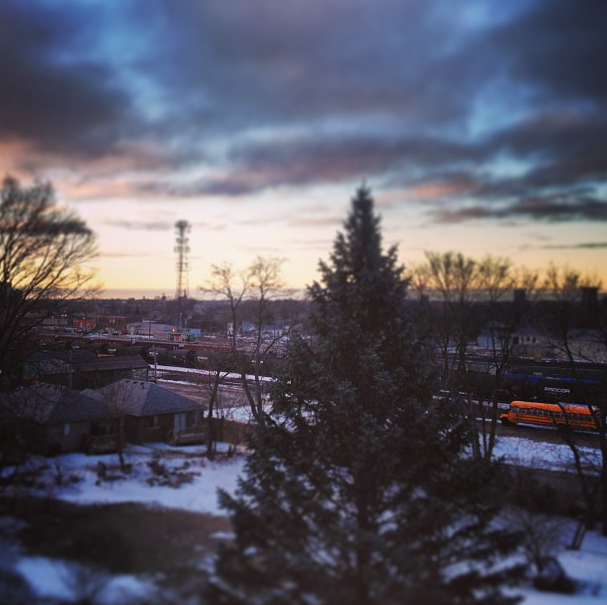 When I realized that The Brant Advocate is a community paper for the stories of Brantford, I wanted to be part of that. I mentioned to friend of mine that I would like to write something for the paper. My friend encouraged me to do it and I left it at that. Time went by and I did not follow through with that thought. This is typical of me. I get enthusiastic about something, then something else comes along and I forget about the previous idea, until that old idea comes back to the forefront of my mind again. I usually describe my mind as a circular cardex. In other words, ideas and thoughts are constantly dancing in the waves of my brain. In fact, sometimes I can be talking about something and be thinking about something else. I am sure that there must be a clinical term for that, but I am not interested in finding out. All I know is that because my mind works that way I have been able to enjoy many different experiences. Having said all of that, I am referring to my mind in the third person, which begs the questions. Who or what am I, who or what is directing my brain to write this? I am sure there are more questions like these.

I will now focus on what I want to write about. I could write about how I got here, however, that is a very subjective topic because I can take many approaches. I may take a shallow approach and say that I got here on my bicycle or I might go deeper and say that I got here by self-analysis and personal growth or anything in between. Anyways, I usually get my daily cup of coffee at a place frequented by my friend. So this one morning I went to get my daily caffeine fix and wouldn’t you know it my friend was there and asked: when will you write for The Advocate. That question ignited the desire to be part of this adventure called The Advocate again. Today, I decided to follow through with writing something. Hopefully, it will get published.

Did I mention that my mind is like a bouncing ball, I never know where it is going to end go next.

So let’s start with my first visit to Brantford. Another friend of mine and I were riding our bicycles from Kitchener to Hamilton on the Trans-Canada trail. Here I have to say that I have been a Brantfordian for about ten years now. Over this time I have learned that Brantford is not so much a multicultural community, but a multi-faceted one. So there we were, riding along. We had left Paris, and had come down that crazy hill just before the pedestrian bridge that connects the trail with Brant Park. On the way back to Paris, the trail on that hill is amazing, if you ride a bicycle. You’ve got to go up that hill. It (the trail) starts with a very gradual incline, then it turns sharply to the right and it becomes steeper. It goes on like that for a while and, when you think that you reached the summit, it sharply turns to the left and becomes steeper yet. It is quite a challenge, even if you are in good shape. Well, if you were in your twenties and in good shape, you probably can fly going up that hill. I am not in my twenties and I have seldom been in top shape, although, I have my own sport tales to tell. But that is for another time.

So there we were. Our first sighting of Brantford proper was the Wilkes Dam. What a beautiful waterfall it creates. I recently was out on a hike with my dog, Duke (his proper name is The Duke of Paris). We walked from Morrell St. and Grand River Ave. I know, it is not a long walk, but it gets me to the outdoors. It was a cool, bright, early spring morning, the water was high, and there were geese, ducks and blue herons abound. Unfortunately, the trail was marred with coffee paper cups. That the trail was littered with this is by no means a reflection on a company, but a reflection on the people who purchase the product and then dispose of the cups without any concern for the environment or the people who might come by after. I wonder if people who litter love their city and parks? What I wanted to say about the Wilkes Dam is that on that day a piece of driftwood was lodged on the edge of the dam, by where people go fishing. It was a long piece. It was covered in ice. The end of it with all the ice on top looked like the head of a dragon. So, I took a picture. The photograph is on my desktop now. What a great take. So that is that.

So there we were. We took a break at the dam to enjoy its beauty and the singing of the waters flowing over the concrete wall. My friend was telling me that the flowing water generates oxygen. I thought, that is why fish and people play there. We continued our trip and went pass the gates on Morrell Street by the water treatment plant. As we moved forward down the trail we saw the bordered up, half-burned buildings on the left side of the trail. Everything was so run down. It reminded me of the time my family and I were driving to South America and we crossed the U.S./Mexico border at Brownsville, Texas and into Matamoros, Mexico. There is a lot to say about that experience, but this is not the time. Suffice to say that seeing all those buildings in such disrepair took me back to that time and place where I saw the first and the third world meet. At the time, of course, I was not aware that there were forces working on making the changes that were necessary. We rode into downtown and everything seemed to be bordered up. What I found most saddening was that the boards on the store windows had been painted with scenes of their former selves. The area looked desolated. We did not stay very long.

Soon after that I secured employment in downtown Brantford. A few years later I moved over here. My view of the community of Brantford has come a long way from that first visit. I do not longer think of Brantford as a replica of a third world city, but a vibrant community with a history of boom and bust. I am glad to be here and to be part of the renaissance that we are living today.