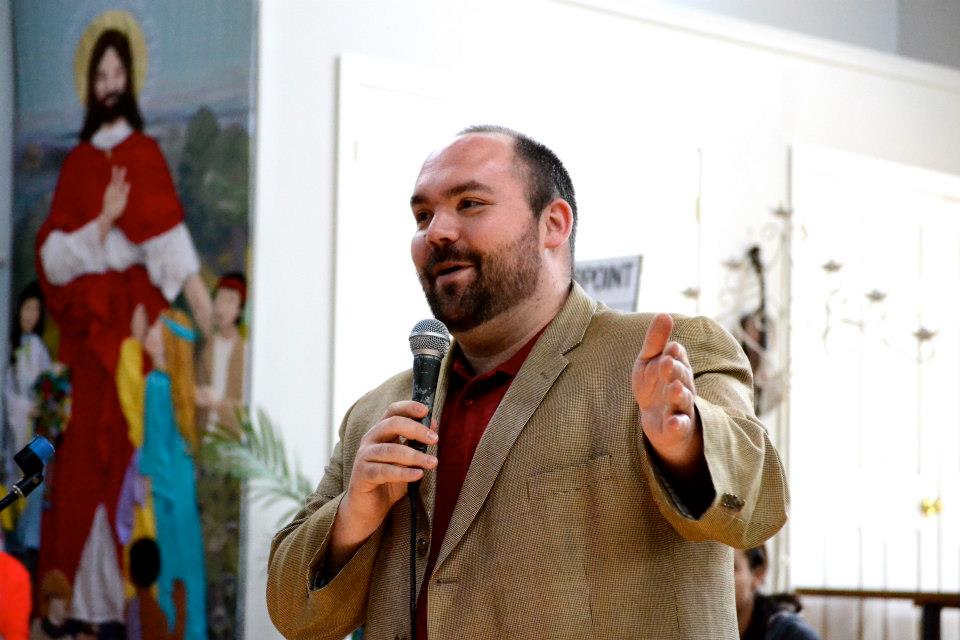 Free speech is a wonderful thing. Without free speech The Brant Advocate wouldn’t exist. I am grateful for it every single day. I love it. I love the conversations afforded to us, the ability to criticize our governments and institutions (with the hopes of making them better), and so many other aspects of it.

There are 2 aspects of free speech that we don’t verbalize enough, however. One, that free speech also means that what you say may then incur a reaction from others. Two, sometimes – in a very wonderful way – free speech allows others to recognize bad ideas.

On a light-hearted note, an example of this is when I say something stupid to my soon-to-be wife Rebekah. I have the right to say it, but that doesn’t mean she can’t react to it, and it also means that sometimes when I say something very dumb it becomes exposed for what it is as soon as I say it.

On an interpersonal level we understand this inherently. We can all relate to a time when we have said something like this, or someone we care about has. On an institutional level, or in the media, this becomes a lot more difficult for us to wrap our minds around.

For example, we’ve all seen those posts on newspaper message boards that are racist, sexist, homophobic or discriminatory in a variety of ways. More often than not, when those are posted by individuals we see them for what they are – misguided, hurtful and often factually incorrect. History has a way of bearing that out as we’ve seen for decades with the civil rights movement.

I recently had a chance to spend time with 2 films about the civil rights movement and enjoyed both of them very much. One was 42 – the story of sports pioneer Jackie Robinson. The racism, name-calling and misinformation that used to be tolerated as an everyday occurrence were sickening. There are some very well acted scenes in that film that are difficult to watch. Same goes for Lee Daniels’ film, The Butler. The organization that had to occur in the civil rights movement was astounding and showed progress on an issue I am sure was difficult to fathom at the time. Both films were very inspiring. They show a time not-too-long-ago and how far we have come in ways.

My hope is the same for other civil rights movements. I truly hope that because of organization and people speaking up that we will find a more open and caring society in the not-too-distant future. Today is a tougher day than most to hold onto that hope. Today, I came across some pamphlets being distributed by a well-known local church that troubled me. It claims that people with same sex attraction:

– Do not see themselves as full and complete

– Are easily intimidated or persuaded by others

– “Can only guess at what it means to be a man”

– Are “plagued by self-doubt and regrets”

– LGBT relationships are “a breeding ground” for “dysfunctional, emotionally-dependant and co-dependant, sexualized relationships.”

Where to even begin? Be it from a social justice perspective, or just a factual one, the bulleted statements above are just wrong. There were 33 other points listed – none referenced any scientific study or evidence. They were so broad and flimsy from a psychology or sociological point of view that if it was satire it might make you laugh, but instead I was just saddened.

Pause. Just to be clear, this column is not a church-bashing one. Because a church put these statements out there and I want to address it does not make me or this publication anti-church. Far too often this becomes a debate about anti-gay or anti-faith viewpoints. Religious groups, or any other, have a right to say what they want within the boundaries of the law. That said, my reaction to this scenario would be the same if it was released by any other group.

This publication is well-known for its openness to communities of faith and providing them an opportunity to write. We seek out more of that point of view regularly and have asked for columns from other faith perspectives as well as atheists.

Further, we have lost advertisers, contributors and readers for publishing positive articles about the LGBT community, and we have also lost all of the same things because of the claim that The Brant Advocate is “too churchy” a publication. People see what they want sometimes.

I have had wonderful experiences with many churches and other faith-based organizations including the one that put out this pamphlet. This may be part of why it saddened me greatly to read this sort of wrong-headed bunk coming from this particular church.

Though the writing wasn’t signed by anyone in particular it clearly stated it was from this organization and I had hoped for better. It describes the problem and solution for those with a same-sex attraction. This also happens to offend me as a clinician. Same-sex attraction is not a medical or mental health diagnosis and to try and put it in those terms is misleading – not to mention hurtful to many. The problem isn’t that some people are gay, the problem is how some people judge others. Likewise the solution isn’t for people to stop being gay, it is for others to let go of their prejudice.

Recently I’ve had an opportunity to play a small role in The Laramie Project – a true story which is now a play about a hate-crime that resulted in the death of a young gay student in Utah 15 years ago. People wonder why these sorts of community projects are still required. When I read this pamphlet I had my answer.