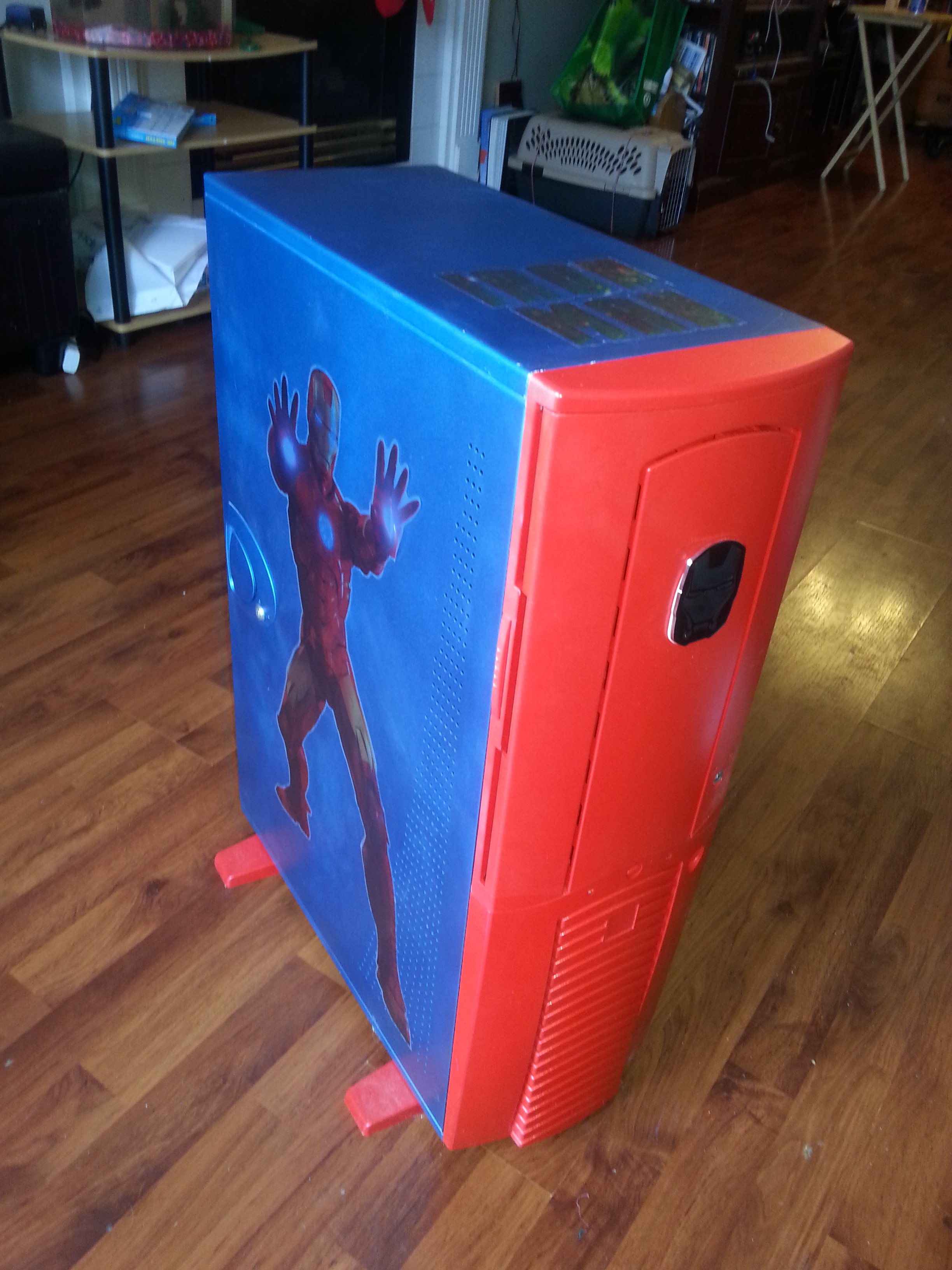 It might be a little  intimidating to some people or possibly boring to others, however I have always wanted to write an article about my computer hobby. Like hot-rod automobile enthusiasts, there is a segment of geek culture, to which I belong, that likes to build and modify computers. It’s also a fantastic way for a teenager to become enthusiastic with computer systems as preparation for college or university.

Building a computer is much simpler than normally believed and is a pretty satisfying accomplishment to boot. Most of the work is in the head-scratching that goes along with trying to figure out which parts to use in a build. For the beginner, the guess work can be eliminated by reading a magazine such as Maximum PC which gives a list of parts that work well together, while occasionally walking the novice through the construction process. A Google search also provides many different resources and videos showing how to build a computer.

Basically, all you need are eight different parts, namely; a motherboard, a CPU processor, a couple of sticks of DDR memory, a power supply, a hard drive, a DVD drive, a computer case and a new licensed copy of Windows 7 or 8. The keyboard, mouse and the monitor are simple plug-ins that, while needed, are not considered as being part of the computer build.

Unfortunately, you may have to drive out of town to buy parts, however the websites of nearby stores such as Canada Computers and TigerDirect provide more than adequate well organized information about literally thousands of different computer parts they stock. It is possible to do lots of mind-expanding research on compatible parts and prices long before you open your wallet.

The next step up for computer builders, if they so wish, is to add muscle to their PC, namely a video graphics card. This is a card that plugs into a slot in the motherboard giving the machine extra video horsepower with a second processor known as a GPU. Some people might want this for playing high detail video games, perhaps spread across 3 monitors at once. You can’t do that with an Xbox or a PS4. Others might want to render video, which simply means changing a video from one format, such as .avi on your PC to another format such as .MP4 for an iPod, or .wmv for YouTube.  Any computer can accomplish this feat albeit sometimes slowly. A quad core or eight core CPU and a good GPU in a video card in your box will greatly speed the process.

Assembling the different parts that comprise your computer box is fun and it can give you quite a sense of accomplishment. You need to examine cables and plugs very carefully to make sure you don’t try to force them in upside down, but perhaps the only truly tricky part is loading the CPU processor into the motherboard socket. You need to really pay attention not to bend any pins. Examining the CPU and the socket with a magnifying glass before trying to install this chip is a good idea because inserting it the wrong way will cause damage. When the mechanical assembly is complete, all you have to do is insert your purchased copy of Windows and follow the on-screen instructions.

Once you have the basics down pat, computer builds can become an incredibly creative and artistic hobby. Perhaps one of the easiest artistic projects is to spray paint an old computer box in vibrant acrylic colours. A couple of spray cans from the hardware store cost less than $20. Then you simply dismantle the case and paint the parts individually. Mine was a red and blue Iron Man case with clear plastic stickers purchased on eBay; however, the selection of themes can be almost infinite. It can be a special gift for a child to have a personalized computer decorated with their favourite cartoon characters.

My favourite way to modify a computer is to create a non-standard case that shows off the beautifully coloured electronics in a flattering way. In my living room sits a motherboard mounted inside an aquarium. It is brightly lit by blue neon lights with the uglier parts, such as the power supply and the hard drive, hidden in a shelf below. Water cooling is another novelty added to this machine which was originally built as an experiment in extreme cooling. With the flip of a couple of valves it can be run on chilled water, bringing the CPU and graphics card temperature down to a frosty minus 10 degrees Celsius for overclocking. The aquarium gets filled with dry argon or nitrogen gas to prevent wet dew in ordinary air from condensing on the electronics and shorting them out.

Many geeks like to indulge in overclocking, which is a lot like tuning an automobile’s engine for racing. It is funny in the sense that I build powerful computers capable of being wildly overclocked then treat them gently, partly because you can easily damage a good computer by trying to make it run too fast. The parts are not extremely costly; however, why take a risk on throwing money away by burning out a CPU or motherboard. Today the FastRabbit PC, as I like to call it, has been put out to pasture running a big screen TV with a wireless trackball keyboard for watching movies, general internet and such.

Another project I enjoyed was immersing an old motherboard in an aquarium full of vegetable oil.  Keeping the vegetable oil cool is a trick that requires a pair of small radiators with fans and an aquarium pump; however, it will eventually go rancid. The better way (however expensive) is to use mineral oil that is generally used as a cooling fluid in large hydro transformers. For me it was a $100 project with a retired computer that eventually fried itself, but it was pretty entertaining.

Then there are just the relaxing times, like tonight, as I sit in my man-cave converted garage encircled by electronics while cranking up the music playlist in surround sound and writing this article. Lovin’ every minute of it.