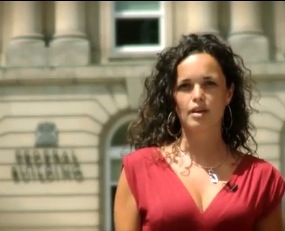 We are all well aware that it has been a cold, long winter. Even having an active physical and social life I still find this winter seems to have more pockets of empty time. “Golden Girls” has been filling those pockets for me. I can only knit so many scarves, bead so many necklaces and read so many books!! I watched it every week as kid with my mum, so I started watching season one for nostalgic reasons. But, as I progressed more and more into the series I became captivated by their forwardness in addressing marginalized topics. There is a long list of social issues they tackled in their story lines that are still largely ignored today in mainstream television.

Half way through season three I began a list to track these issues: tuna nets killing dolphins, homelessness, poverty, a lesbian friend, a brother who is trans, a brother who is gay, sexual harassment by a professor, artificial insemination, addiction to prescription medication and gambling, HIV/AIDS, love at an older age….My list is two pages long.

There was a tremendous amount of sensitivity and critical thinking with how they handled complex topics like sexual assault and domestic violence. In their dialogue they give real statistics and support that you would hear from agencies in that field. I was extremely impressed by the reality of the three episodes on violence against women. I was also amazed by how they handled the social construction of poverty. There were several episodes that involve issues of poverty. The dialogue in these episodes does not simply reflect their compassion for people, but they delve deeper into the social and political causes of poverty such as inadequate affordable housing, weak labour market, and a hands-off government.

As heavy as all those issues are, humour is threaded into these scenarios, lightening the mood without minimization of the human experience. It is a delicate balance in making issues palpable for people. The challenge lies in making the issue approachable and not overwhelming, while ensuring you do not water it down to the point of invisibility. I struggle with this all the time in my community education work at the Sexual Assault Centre. No one wants to talk about sexual violence but we need to in order to work towards prevention, and also so that survivors know they are not alone. I do not want to paralyze people with fear or cause them to feel powerless, but I do not want to reduce the issue and compromise the intensity of the experiences of survivors. My Taylor the Turtle works well even in adult groups as a soft launch into a hard discussion.

Golden Girls makes me ponder the subtle methods for politicalization. On the surface the show is about 4 older women who love and support each other while withstanding conflicts. Bubbling under Dorothy’s curt sarcasm, Rose’s St Olath stories, Sophia’s old world wisdom and Blanche’s escapades with men, there are deep issues about social justice, equality and inclusion. These women were pioneers in bringing controversial issues to the mainstream. They are feisty, vibrant women who are hilarious and you do not even realize you are being educated while you are laughing.