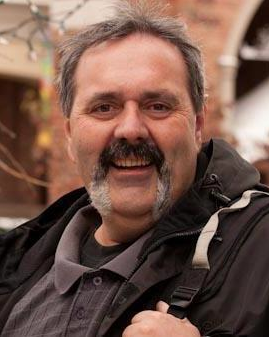 It’s odd to me that in 2013 there is still debate around harm reduction. After all, there have been numerous studies that clearly show the positive effects it has had. The two biggest are curbing the spread of Hep C/HIV and saving countless lives, mine in particular. When I decided to write this article, I was just going to write the typical “harm reduction is good and this is why”. However, to truly get my point across, I feel that if the readers were able to relate to an addict, to see his life through his eyes, then they might be, with an empathetic heart, more open to hearing the pro argument for harm reduction.

After much self-debate, I’ve decided to put my own story out there for all to see. In the hopes of putting face to addiction and trying to help you understand that addiction is not a choice and “our” lives are worth saving. Sure, it was a choice at first, but then it consumes you, eats at you, drives you to sell your own soul to get your next fix. After a while, it becomes as much of a choice as breathing does. Sharing my story isn’t easy but there’s a saying in 12 step groups, “we only keep what we have by giving it away.”  Addicts are “my people.” They were there for me when society wasn’t. There is nothing more important in my life than trying to save their lives, in turn saving my life. What keeps me clean today is my passion to help others.

I was raised in a dysfunctional home where I was physically, psychologically and emotionally abused. Having been born and raised in Regent Park, Canada’s oldest and largest social housing project, I grew up surrounded by poverty and violence. In the first 18 years of my life I’ve seen and witnessed more trauma than most people face their entire life time.

My Mother was a very violent woman and the beatings my brothers and I took were just that: Beatings. She didn’t spank. No, she preferred to use weapons. Belts, hockey sticks and my dad’s wooden cane are a few examples. My earliest memory of abuse was when I was about six years old and in grade one. My friend and I decided not to go back to class after afternoon recess and just hang out in the school’s playground instead. When I got home, my mom was waiting for me with a belt in her hands. Before I even got in the door she grabbed me by the hair, pulled me in and started whaling on me. When she finally stopped I ran upstairs, closed the door, and hid under my bed for what seemed like hours. Crying that cry little kids do when they can’t catch their breath. I remember looking up at the doorknob in terror whenever I heard footsteps hoping it was my dad and not the monster. In the eyes of this little boy, this is what she became. You see, my dad was my hero, my nurturer and my protector.

The beatings became a common occurrence not just for me, but for my brothers as well. She, the monster, was also very violent towards my dad. I would often witness her throwing knick-knacks, dishes or ashtrays at him. It seemed we had new ashtrays in our house every week. My dad and I don’t know how he did it but he never once retaliated. Not once did he raise a hand to her. Sometimes, deep down, I wish he would have if only to stop the abuse she inflicted on me and my brothers.

When I was around the age of ten, my aunt let my family use her cottage for couple of weeks. The second week in, my cousin was over for a visit. He, along with my younger brother (who is 18 months younger than myself), and I went looking for something to do. We noticed that my dad was burning some garbage in a big oil drum. There was a gas tank sitting beside it that I assumed my dad used to ignite the fire. We came up with the idea of putting some gasoline into a beer bottle and set it atop of the fire. In seconds it burst into a very cool explosion. Then someone came up with the idea of putting a lid on the bottle filled with gas. It was set back into the fire, the top of the bottle aimed right towards my brother. In seconds the lid blew off and a stream of ignited gas drenched my brother. The screams were horrific. I didn’t know what to do. My father came running out of the house and ripped the flame soaked shirt off my brother, taking pieces of flesh with it.

My brother was rushed to the hospital while my cousin and I were left there alone, both only ten years of age, and terrified that we would be blamed. We decided to run away but a neighbour caught up to us and kept us at his place until someone came and got us. My brother was in the hospital for many months with 3rd degree burns over forty percent of his body, from his head down to his mid torso. My mother took me to visit him a couple of days later and the image of his hairless, swollen, burnt face still haunts me to this day. I was the older brother and should have known better. It was my job to protect him. I’ve carried that guilt around all my life.

Just after my brother got home from the hospital tragedy struck again. My father was diagnosed with cancer. I witnessed my hero go from a 280 pound man to nothing but skin and bones. It was a long year of which he either spent in the hospital or in his bed. However, after a yearlong fight he was able to beat it. The day he was released from the hospital he and my mother decided he needed to get away. He wanted go and spend time with my oldest brother who lived out of town. It was to be the last time I ever saw my hero again.

Just shortly after my dad went to bed he suffered a massive stroke. He was rushed to the hospital but didn’t make it. I was devastated; 12 years old and my whole world had come to an end. I was told by my mother that I couldn’t go to the funeral but I begged my aunt to drive me the 200 miles to where it was being held, only to be sent home by the monster upon arriving. I couldn’t believe that she was even denying me the chance to say good-bye to my own dad, essentially telling me I wasn’t allowed to grieve. Shortly after that I tried my first drugs, pot and alcohol; we were a match made in heaven. They took much of that pain away. For a short while, that is.

After my dad’s passing the beatings got worse. I’m not sure if it was her way of coping or not, but to add salt to the wound, she started using my dad’s walking cane as her weapon of choice. The very thing that I had enjoyed looking at because it brought back warm memories of him was now being used to violate me. The last beating was so severe that my sister could hear my screams from outside and came running in and pulled her, the monster, away from me. I was almost 14.

When she realised I was too big to beat on, she decided to throw me out of the house whenever she felt like it. Here I was, 14 years old, living in a pup tent in the middle of Regent Park. I would often let the heroin addicts shoot up in my tent in exchange for food money and cigarettes. They would also keep an eye out for me during the night. This went on for most of my teen years. My older brother Kevin, who was 2 years older than me, would be the one to come get me when mom had a change of heart.

At 18 I was living at my girlfriend’s house. I remember going to bed early one night as I was getting up to go and look for work. I was awoken by a bad dream in the middle of the night. Someone, (and I never did see who it was), got shot in the side of the head. It seemed so real and it scared the heck out of me, making it very hard to get back to sleep. The next morning I headed down to a temp agency to try and find a day job. After sitting there a couple of hours with no jobs to be had, I decided to leave. I had this uncontrollable urge to visit my older brother Kevin. This was strange as I never went to visit him, but something told me I had to. I got to his place and knocked on the door. A female answered. I said, “Hi I’m Randy, Kevin’s brother. Is he home?” Just then I see her eyes tear up. My heart sank as she goes on to tell me that Kevin was in a serious car accident and that he didn’t make it.

My brother and two friends were drinking and taking pills that night. I don’t know who stole it, but they went for a joy ride in a stolen car. My brother was at the wheel. He miscalculated a bend and crashed into a guard rail on the DVP. He went head first through the windshield and head first into a lamp post, killing him instantly.

I took his death really hard. I looked up to my brother. He, like my dad, looked out for me. A few weeks after the funeral while staying at my moms, I decided I had had enough. I swallowed a bottle of my mom’s anti-depressants, laid on the couch and waited to fall asleep. My younger brother noticed the emptied bottle and called an ambulance. I was in ICU for 3 days. Within weeks of being released from the hospital I went from smoking weed and drinking to injecting cocaine, speed and smoking crack. Using drugs went from being a choice to needing it to survive my emotional pain. The pain and trauma of my childhood became too much to bear straight.

One Reply to “Harm Reduction: How it Saved my Life (Part 1) by Randy Roberts (@RandySRoberts)”