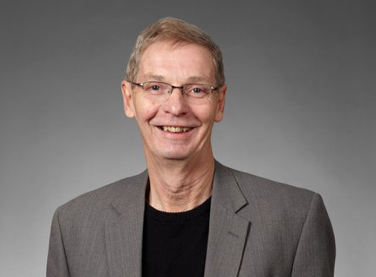 Have you ever had an experience or dream that haunts you throughout your life? It is one of those events that you rarely talk about, and when you try to explain it, people look at you like you are making it up or like you are insane. As a result, you try to push that experience to the back of your mind, but it never really goes away.

I’ve had two experiences of this type throughout my life.

The first is in the form of a dream or vision of my mother in a wedding dress, on her way to be married. I was four or five years old when I first had this dream and it has recurred off and on throughout my life, most recently last week. An analyst would probably have a field day with this, but I can assure you that I am no William Lyon MacKenzie King.

The circumstances of my parents’ marriage were straight out of a movie. My mother was ten years older than my father. They had met after my father had returned from WWII. My mother worked at the Mental Health Center, then called the Penetanguishene Asylum. When they were married in January 1948, she was three months pregnant with me. I was born in July. This was a stressful period for both my parents. The event takes place late at night.

I don’t think the marriage was initially favorably received by my father’s parents. Monseigneur Castex initially refused to marry them in the Roman Catholic Church because my mother was pregnant. Sex before marriage was a sin in his mind and the Monseigneur was a stickler for maintaining the moral character of the community. My father, to his credit, decided to take issue with the Monseigneur. At a meeting with him, my father announced that he intended to marry my mother in the Anglican Church. This would have been a public relations disaster for the Monseigneur as my grandfather was not only his good friend, but a major financial contributor to the parish. A compromise was reached, and my father and mother were to be married at midnight.

The idea of a midnight wedding was not unique. It was a way in which the Church could sanction a marriage, after all it was a sacrament, but at the same time hint at its moral disapproval of the circumstances of the wedding. So, my parents were married at midnight, my mother three months pregnant and my father’s family not overly excited by the idea. Outside of the witnesses, few people attended the wedding.

In my dream, I see my mother preparing herself for the wedding. It lasts only a few seconds, but I am clearly outside her body looking on. I am certain that many would argue that I simply imagined the event. Perhaps so, but it doesn’t really explain the intensity of the moment. I am not only an onlooker, but I sense that I am a participant. When I have the dream, I always wake up with an uneasy feeling and a sense of uncertainty as to why I am looking on.

The second experience, I find, is even more bizarre. It relates to the passing of my parents who died within a year of each.

After my father’s funeral, the family met to decide what it was going to do with the assets. There wasn’t much that I wanted except for the family pictures ,which I agreed to copy and share with my siblings, and some poker chips. Why I wanted the poker chips, in retrospect, is weird. I rarely play poker and I had little relationship to the chips outside of an occasional game of Rummoli that I played with my parents.

When I went to the house to get the pictures and poker chips, I was alone. I remember finding the pictures quite easily. The poker chips, on the other hand, were nowhere to be found. I searched my parents’ bedroom, upstairs in the closets, the basement, and the pantry area. I would say that I was there for nearly an hour when I decided to give up. I went to pick up the photo albums that I had placed on the kitchen table and sitting on top of them were poker chips.

I see myself as a rational person and have never regarded myself as a spiritualist. I tried to explain this to some friends who suggested that I subconsciously had placed the poker chips there, but being so distraught by the death of my father, I had forgotten. Maybe, but I don’t think so.

There are two facts that I recall about this latter event. First, during my search, I couldn’t help feeling that I was not alone in the house. Perhaps this was a natural outcome of the death of my father. Sometimes it is difficult to let go of the memories and sense of presence that someone has in your life. The second thing I remember is that I was feeling so uneasy, that I left the house and did not ever return.

At one level, it is impossible to explain the intensity of emotion involved in these two memories. At another, being a rational person, I always try to seek a down-to-earth explanation as to why they bother me so much. At the end of the day, my mother integrated well into my father’s family and I never sensed any rancor. Although I miss my parents, I have come to terms with their deaths. I have also dismissed the idea that my mind is playing tricks on me and that I am in need of therapy.

My preferred explanation is that there are some things that occur in the universe that we aren’t meant to understand or explain. I am not talking about the paranormal. I think it has more to do with bonding and how that bonding manifests itself in the past, present and future. Or perhaps, it is just me wishing that it were so!