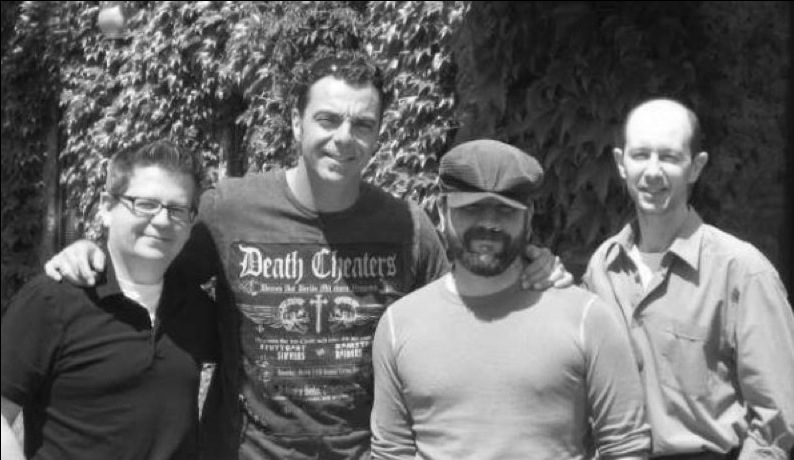 There’s nothing as daunting to someone fresh out of school than the prospect of getting that first big break. A position opens up in your industry and it seems everyone who applies is more qualified and has more experience. This can be very frustrating, and often times graduates end up somewhere other than their field of study and for less money. This was the position I found myself in.

I was almost two years out of college and still looking for my first steady job in the graphic design / print business when someone told me about a company called Ball Media. What an amazing operation; really interesting people working on important projects. I wanted in. Bad. It was the summer of 2001 and this company was knee-deep in some really state-of-the-art stuff. I mean, right on the curve with all the big companies in all the big cities, but this was right here in my hometown. Right in Brantford with Brantford people at the wheel; right where I wanted to be.

I want to tell you how I got the job.

Ball Media’s graphic department was fully staffed at the time. “We’re not accepting resumés,” the office manager told me. No problem, I thought to myself. So, Monday morning 9am there I am. Just in time for work. They hadn’t hired me. There had been no interview. They had no idea who I was, but I thought, what’s the worst that could happen? 🙂

It’s hard to say what the staff thought. Who just shows up? Not hired? But there I was sitting quietly in a chair behind the head of the graphic department. Occasionally I would ask questions, but mostly, I was just absorbing. Taking it all in. A few hours went by and when the staff went on break, I thought I’d try my hand at filling an order. So I grabbed a docket off the wall and got to work. I didn’t make it too far when the owner of the desk I was sitting in came back from lunch and asked me what I was doing. Setting up this order I said, but I’m not sure what to do.

This became a pattern. Each day I would show up 9am sharp.  I would sit next to the head of the graphic department, ask questions and take notes. Each time he would get up to leave I would get a little closer to filling an order. Invariably one of them would get back from break and I’d have to go back to my seat. Now and then, someone would walk in and ask who I was, and I would reply, I’m Lucas and I’m in training. At the end of each day I would ask the same question – any chance I could get a job?

Two weeks later I’m proud to say my attendance and punctuality was flawless, and I managed to successfully setup one or two orders for print. Still not on the payroll, but I thought hey, things are looking up 🙂

Late in the afternoon on my second Friday of showing up at a company who had no idea who I was and after asking at least once a day – any chance I could get a job – word came down: the owner wanted to see me. I was beaming. I made it to the top of the stairs in three steps. This was my chance. Up until this point I had been a freelance web designer and spent the last two weeks doing something other than securing my next web contract. Rent was due. I was out of money.

The owner of the company, John Ball, stared at me for a minute and said,

“You’re relentless you know that? You’re going to just keep showing up aren’t you?”

John leaned back in his chair and said, “Okay. I’ll give you a job.”

I smile and laugh every time I tell this story.

Make no mistake, fortune truly does favour the bold.