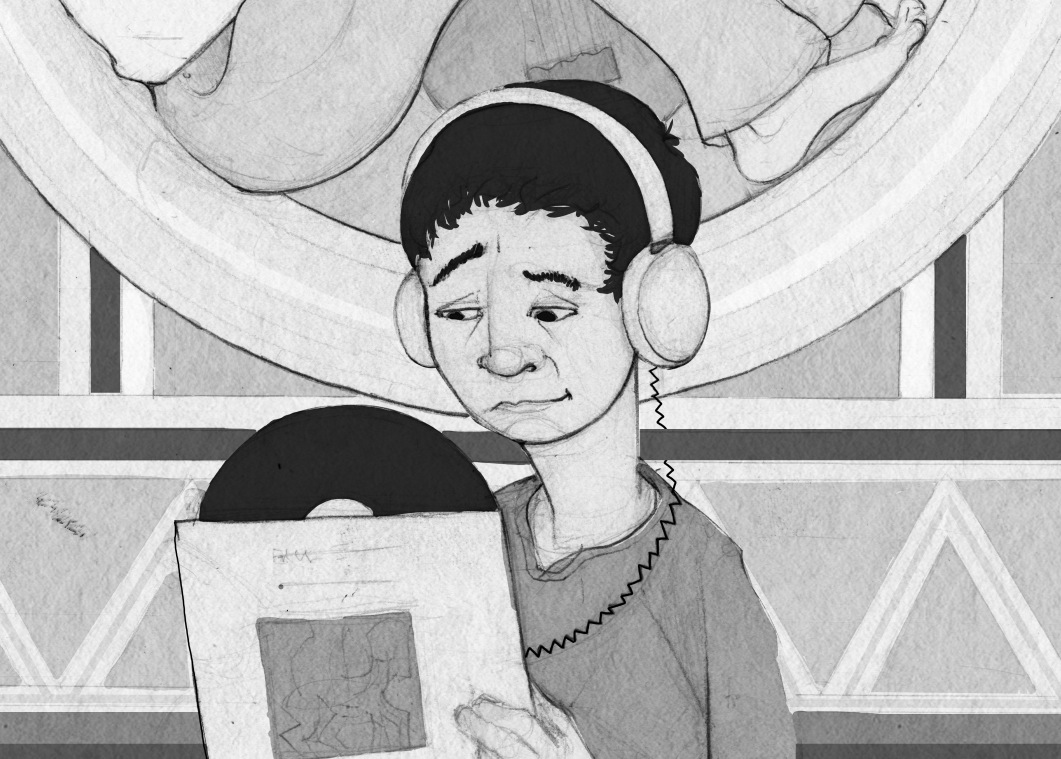 I didn’t used to like our culture very much. I became more jaded about the futility of societal ills than a young person should ever be. Thankfully, Paul Simon helped me.

In 1986, Paul Simon made the greatest album of my lifetime. He traveled to South Africa and recorded Graceland along with local artists like Ladysmith Black Mambazo and legendary guitar player Ray Phiri. It was a magnificent fusion of Paul Simon’s poetic genius with far off sounds and rhythms that most had only heard tales about. It created controversy. It challenged people’s thinking. It was larger than a piece of art. The music made you stop what you were doing and pay attention because something special was happening.

I was young… and growing up, music wasn’t a large part of the culture of our home. So Much Music, radio morning shows and what my friends’ parents had in their homes was my musical baptism. One day, this video with Chevy Chase and a short guy I’d never seen came on. The lip syncing of a comedian was a touch awkward and I wasn’t sure why two guys named Chevy and Paul wanted to call each other “Al”, but I couldn’t get the song out of my head. I had no idea what it was about or the back story… but dang that music.

A few years later, my great grandmother died. My Dad let me take the day off school. On a minus 30 degree morning my Dad, my Aunt, and I piled into our giant Ford Econoline Van and headed to our homestead in Northern Ontario. We stopped at a dirty little mini-mall half way for lunch. That song had been rolling around in my head that morning.

“He is a foreign man. He is surrounded by the sound. Cattle in the marketplace. Scatterlings and orphanages. He looks around. He sees angels in the architecture spinning in infinity. He says Amen! and Hallelujah!”

I slinked away from the food court and found my way into the previously forbidden territory of a Record Store. It just wasn’t something we did in our family. I bumbled through the arduous process of prodding a record-jockey about this song I barely knew. He somehow understood my incoherence and helped me find Graceland. Now, I had no money. I’m not totally sure what my grand plan was, but my Dad walked in at that moment and saw me ogling an album. Maybe it was just because of the emotion of the day but, without saying much, he took the CD in his hand, walked up to the counter and bought it for me. He kinda gave me one of those don’t tell your mother looks.

This was not the kind of Top 40 Album that my friends had piles of next to their stacks of video games. I had neither of those things. I sensed the banality of most of it. But THIS was different. Then I heard it.

Something in my mind blew up. I waded into the poetry, dissecting the metaphors. The rhythms and refrains felt DEEP. Deeper than the world I saw around me. It felt like a place I hadn’t been before but had always wanted to go to. I knew there was more to life than math equations, baseball and Sunday School and Graceland was my Matrix Red Pill.

It’s about oppression, greed, financial disparity, pleasure, irony, sadness… but said without saying it. It was spoken eloquently and slapped with funky bass. It was life truths sung with African harmony and word pictures! It was stunning.

“Joseph’s face was black as night and the pale yellow moon shone in his eyes. His path was marked by the stars in the southern hemisphere and he walked the length of his days under African skies”

Who are these people? What is their story? I began to learn about Africa. I wanted to be there to meet this Joseph and check to see if his face was black as night. I began to think about this big blue globe I lived on. I realized that far off lands weren’t THAT far off really. All of a sudden global impact and understanding became tangible. We were all in this thing together. Where I was planted was not a prison.

Graceland also helped me understand the collective struggle all mankind experiences “from here to get there”. In JRR Tolkien’s poem Mythopoeia he describes it by saying that:

“Man is not wholly lost nor wholly changed.”

Life isn’t perfect anywhere. But it’s beautiful everywhere. There is a source of GOOD that is constantly wooing us to a deeper place of understanding. As long as we draw breath, there is no finished and there is no trapped.

I eventually did go to Africa and it was beautiful. But the main lesson it taught me was the same one that Paul Simon did. That it’s in all of us to make a difference while being drawn toward GOOD and it never stops 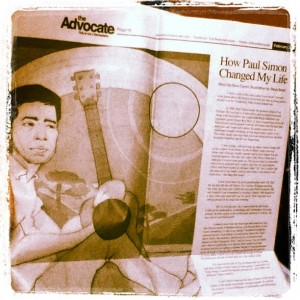