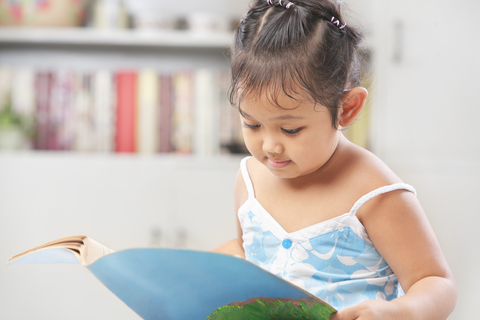 The education system has failed our young people. Old ways, old curriculums, have never been changed. After all, it worked for most students, right?

Did you know that as much as 35 per cent of kids who graduate from grade eight, and pass on to high school are functionally illiterate? This is true. As an educator who’s worked with children with labels such as ADD, ADHD, and Dyslexia, I’ve found that the grade eights and nines who’ve been brought to me, couldn’t even read Dick and Jane.

You remember them right? “See Jane jump. Jump Jane Jump…” The teachers push students through who should be held back, so that they’re with their peer group, but this isn’t doing them any good. By grade nine it’s obvious that they can’t read or write. In the first grades they are told, don’t worry about how to spell it, just sound it out. Then, in grade four, they are expected to get it right. Here comes grade nine. Teachers ask for written projects and see that the students don’t hand them in, or if they do, they are so full of spelling and grammatical errors that the teacher has to try to figure it out, as if it were a new language. And guess what? They each have their own language. A spell checker only works if the word is spelled wrong, but think about it. Many English words are spelled differently and have a different meaning such as there, their, and they’re. How about one and won? These were some of the challenges my students had. The English language is one of the hardest to learn. It requires a great deal of memorizing for context sake.

My husband and I created a program that worked if the student was willing to learn. The students would progress by two or more grade levels in the 24 hours spent with me. We guaranteed money back if the student didn’t improve, and each and every one did. We taught adults, who had fallen through the cracks as kids, and they progressed. We tried to introduce it to the school system and got stone walled. Some of the teachers listened, in fact, I had a few in a night class I was teaching about the program. The teachers care, the parents care, they just need to meet on even ground and work together.

Did you know that 80 per cent of the prison population is functionally illiterate? Did you know that as much as 40 per cent drop out of school before grade twelve? Did you know that a large percentage of those who do graduate grade twelve still can’t read well enough to get a driver’s license? I know because I taught them.
The answer is simple. Most of these students are smart, smarter than their peers, because they have learned to cope in a world that doesn’t work for them. Some don’t though. These are the ones that become behavioral, get into trouble, try drugs and alcohol and worse. They could have been helped at ten or twelve but then they get to the point where they believe that they can’t learn, or are stupid) or are lazy, or not paying attention. (after all this is often what they are told by adults).

This is in no way the teacher’s fault. They have classes which are way too large. They are not trained to handle the “special” kids. They have to follow the same curriculum whether they want to or not, because it is mandated by the board. Also, they are not allowed to teach in a different way or add to the already heavy load which is dumped on the students each day. Often these men and women are burned out in a few years, trying their best to help those that they can reach.

If I were to drop you into a country where everyone else spoke a different language, what would you do? Adapt if possible, but what if you can’t because no one has reached out and offered to help? You would learn the language’s fundamentals, learn coping skills to “get by” or leave. Students can’t leave or are not supposed to until age 16. Being suspended or out and out expelled is their way out. Bad behavior gets attention quickly, but often the student doesn’t realize that negative attention isn’t the way to go until it’s too late.

The parents are frustrated, which can cause conflict and bad feelings all the way around. Because ADD, ADHD, and Dyslexia are hereditary, the parent may have had the same problems in school, are not able to help with homework, or do not understand what the problem is. After all, the reason they send their children to school is to learn. This is up to the teachers, so why are they not doing the job? That isn’t the problem. That isn’t the answer. For one thing, they schools don’t do the testing until the later grades and only a few get tested. The rest just go on and on angry, frustrated, develop low self-esteem, and low confidence.

In my capacity as a learning and reading facilitator, with a program created as a result of much research, which allowed myself and my husband to put together the best of all the best, making a process that works. I am not selling anything here. I am saying there is a way to help more kids get through, have a better life, learn and fit in better. One thing all my students said to me collectively was “they wanted to be like everyone else, they wanted to have friends, fit in, and not be different anymore.” Knowing how they felt, being able to empathize, made me a better instructor, I am sure.

Those who are having trouble, are for the most part, three dimensional thinkers. This means that they see pictures in their head when they hear a story, listen to a speech, or are given simple instructions. Put this on paper and they are lost. This is because the words don’t work. For every word that has a picture attached such as “train or track” they have a mental picture of these objects. What do you see when you here “the;” Nothing right? But for those who are linear thinkers, the word works. For the picture thinkers it’s like a block stopping the train of thought, blocking the pictures.

Leonardo Di Vinci, Albert Einstein, Walt Disney, Thomas Edison, Andrew Jackson, Cher, Robin Williams, Jim Carey, the list goes on, all of these people were or are three dimensional thinkers. They see the picture in their minds and go from there.

My husband and I are now writing our fourth book Every Kid Can Read! It is our hope that we may be able to get this into the schools and into teacher’s and parent’s hands, so that they can help their child or children learn in a way that will allow everyone to have the same start, to be on the same page, to have better self-esteem, better self-worth, and better confidence.

Let’s help our children, let’s give them the lives they deserve. Help them to be everything they are meant to be. Anyone who wishes to get more information about how to help their loved one is welcome to contact me through the Advocate.

By the way, I have two college diplomas and am proud to say that I am a three dimensional thinker also known as Dyslexic!