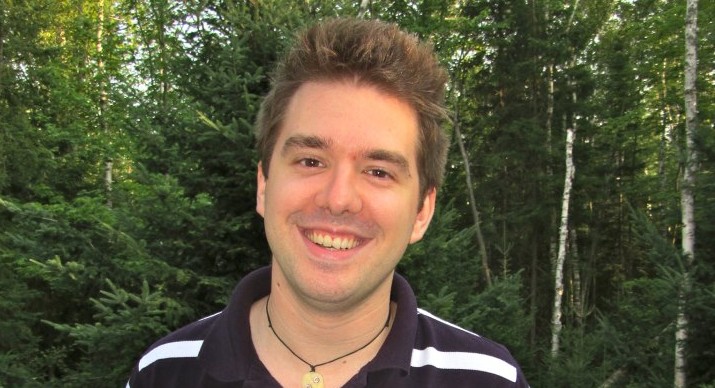 “Yeah, but it’s only five months! Do you think it will be worth it?”

My official title is Project Developer / Researcher. I was hired without an in-person interview. I’ve always been told I have a voice for radio. I never thought it was true.

My references checked out. “They actually sounded sad that they were losing you,” my boss later told me. Boss is probably a bad title for her. She’s not a boss. She’s a guide maybe? But even then, I seem to have more freedom than that, and no one in front of me. The bright light of discovery hits me first I guess. Sometimes it’s rough. I rarely wear sunglasses. At least when I do, they’re rose coloured.

Safety net may be a better description of my supervisor. But even that makes her seem inanimate. She’s warm. She’s welcoming. She’s friendly and supportive. More structured than a blanket though… Would an umbrella be a better analogy? I think I’ll just cut the analogies.

She’s a good supervisor. The kind of person you want to work for. Not work under, work for. I want to do my job well, so that it helps her. Having a supervisor that inspires you and can subtly motivate you is important, especially when you’re new in town. I remember I was calling potential landlords. I had very particular needs. This was going to be my first apartment as a young professional. My first job, I wanted to get what I wanted.

“You won’t find anything like that in Brantford, especially for that price.”

“You won’t find anything like that in Brantford, especially for such a short time.”

“You won’t find anything like that in Brantford, especially if you want to live alone.”

I had the same reply for all of them, “I’m an optimist.”

I found a place. It came with a decent price tag. They were okay with me leaving after my five month contract ended. I had it all to myself. The power of positive thinking scored another victory. What does a Project Developer / Researcher do? To be honest, I wasn’t quite sure myself. In my near six months of unemployment, I applied to nearly a thousand jobs. I wasn’t qualified for all of them. I was overqualified for some.

“You really think you’re going to get a job?!” my friends would ask, half teasing, half legitimately concerned.

Anyway, a thousand job applications later, you forget what some of them even are. When St. Leonard’s called me, I only remembered the position, because of the term. “I hope I get a longer contract than this.”

Optimism was batting .500 all of a sudden. I’ve learnt that a Project Developer/Researcher can do a lot of different things. I had a specific task assigned to me however. I had to conduct a community substance use needs assessment. I’ve never done one of those before. They knew that right? I let them know anyway. My employers seemed to think I have enough experience. Four years in a neuroscience laboratory playing with rats. Simultaneously, I completed a number of freelance research positions studying the responses of young offenders, university students, nurses, and small business owners. I completed my masters working with people diagnosed with anorexia nervosa. I just recently helped out on a genetics project. I’ve done it all. Research is research right? I sure hope so.

“You’ve got a lot of work ahead of you,” my new co-workers would say.

“That’s what everyone keeps telling me.” Sometimes, I’m not much for conversation.

“You’ve never done a needs assessment before. Are you sure you’re going to be able to handle it?”

I started reading about what makes up a needs assessment. It can be a lot of things. It can also be 10 months long. I had half that time. I’ve also decided to do twice the work.

“You’re planning on doing all that?! How are you going to get it all done?”

Can you guess what I said?

A needs assessment, is not about proving something. That’s not my job. That’s not why I’ve come to Brantford. I want to find truth. I want to understand. There may be a substance use problem in the area, there may not be. I will not make that assumption.

I may even survey you. I may survey your neighbour. I may survey a friend or family member of yours. I may ask you to fill out a survey for me, even if you don’t have a substance use problem. I am inviting all kinds of people to help with this project. If you receive an invitation, I hope you’ll contact me. I hope you’ll share the truth. But not everyone thinks you will.

“No one is going to contact you in order to fill out a survey!”

“People are going to lie! You won’t get an honest response!”

What can I say? I’m an optimist.