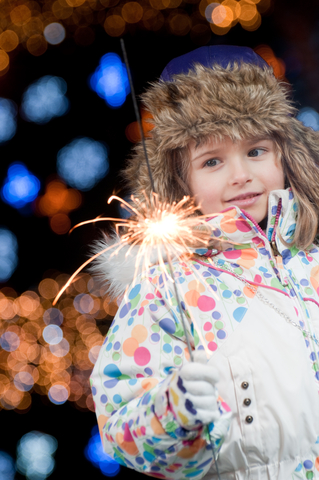 For more of writing from Markus visit: www.schnippits.wordpress.com

Before I go any further, I must address the fact that if you are reading this, that means we all survived the end of the world! A round of applause to Mother Earth for not self-destructing (like in the movie 2012).

It also means we survived the family gatherings, ate heartily, and shared plenty of laughs. I hope you all had a fantastic New Year’s too, ringing in a promising 2013.

Every time a new year starts, people approach it with different practices. Some start a new gym membership intending to go year-round, yet only last a couple of months. Some attempt to quit smoking, or perhaps cut back on drinking. Some want to book more vacations, while some want to find better jobs. Others carry on like it’s just another day.

Most, myself included, reflect on our past year. On our accomplishments, our failures, where we made improvements, where we wasted our time. We reminisce about the fond memories, and the not-so-great ones, the new friends we made, and possibly, the friends we lost.

One thing’s for sure, we are our toughest critics. Which means, based on our reflections, we tend to make goals to improve in the areas we think we fall short. Call it what you will: goals, achievements, new perspectives, slight changes, improvements, personal edits, adjustments, mind sets – I could go on – but each one boils down to being a resolution. Yes, the dreaded New Year’s Resolutions.

However, what does a resolution mean to you? To the majority, I’m sure it’s a phobia or just pure annoyance. And why is that, I wonder? Probably because many people set themselves up for disappointment and individual failure. To me, a New Year’s Resolution is a pledge, or personal promise to solve some specific shortcoming.

Whether you make a giant list of resolutions, or focus on one or two goals, I think it’s a great idea to strive to become a better self. And it doesn’t have to apply only at the beginning of the year; we should make improvements yearlong! If there’s one thing I’ve learned, we can never change habits or traits about another person, but we can change our own habits and traits. Keep that in mind while making your private pledges; don’t let them involve or revolve around another person.

You might be asking, how do you go about making a resolution that is attainable? One that won’t leave you feeling defeated again? Everyone is different, therefore you need to make it sensible to your own desires and devotions. Your goal also needs to be realistic to your life’s demands. We all have the same time allotted to us in a single day, so carving out time for new projects can always be a challenge.

Personally, I love books. Hardy, physical books. None of that e-book nonsense. I would love to have to my own library of sorts one day, so naturally, I purchase a great deal of books. As a result, I have a lot of novels I need to read. But time seems to escape me and after a full year, I managed to read one book and bits of another. My ambition for 2012 was to simply “Read More.” To me, reading one book isn’t exactly reading more. So for 2013, I’m going to clarify my vague objective, and make my new resolution: “Read three books this year.” This way, I have a manageable goal and if I happen to surpass my three count, well, then that’ll just be the icing on the cake!

Try making a practical resolution yourself. Give yourself a value to reach, or a set deadline to complete something by. Otherwise, it’ll end up falling in one of the Three P’s of Excuses: Postponed, Pushed back, or Procrastinated. Believe me, we all do it.

As for the rest of my 2012, in some aspects I’m overall satisfied with it, and other aspects I wonder how I didn’t accomplish certain things. Let’s start with the bad aspects first to get them out of the way, and end with the warm fuzzies.

Other than my previously mentioned “Read More” plan, I also had a “Write More” plan. Again, I didn’t tackle the writing projects I had wanted to (in addition to contributing to The Advocate and updating my blog). I’m not overly distraught about it, but I know now what changes I’ll need to carry out this year to make it work. I’ve heard of writers attempting to write once a day, but at this point in my life, I know it would be impossible. Instead of setting myself up for imminent failure, I’ll strive to write at least once per week. Ideally, multiple times a week would be great, but allotting one decent period to write would be more than satisfactory to me.

This next part wasn’t a pre-planned ambition. I started the year off single, with intentions to date. The bad news, upon reflection, is that I wasted a great deal of time with a number of douche bags. Looking back on some of those guys, I want to slap myself for even wasting – not just time – but my hard-earned money and my well-thought efforts on them. Not to be egotistical, but they missed out on an awesome catch: Me. But as I just said, none of them were worth it anyway.

Among all the stupidity, I did come out of it knowing more of what I wanted in my special someone. And, to my surprise, I think I might’ve found him… So that’s gotta count for something, right? I’m ready to brave this New Year with my new beau, and all the adventures we embark upon! I hope he knows what he’s in for *smirks*

If memory serves, last February I cancelled my gym membership, rather than created one. I never went, so it was a waste of money. Plus, I wanted to gain some weight – preferably in muscle mass, but chubs was fine too! After a whole year, I can report that I did in fact gain five pounds! Yeah, yeah, big whoop. At least I know my high metabolism is still functional! However, I’m going to continue with my anti-weight loss resolution, just to spite the typical, “I need to go on a diet,” phrase.

Financially, I feel like I have gotten myself in a better position than last year, and that’s a great feeling! I’m chipping away at my student loan and credit debt and, even after the deadly Christmas spending, I’m much better off than I was last January. To me, that’s huge news!

My other big accomplishments of 2012 were, and still are, my involvement with the Brant Advocate and my personal blog. Since my first piece was published last June, I’ve been thrilled to continue writing for this ever-growing paper. My friends Paul Smith and Steve Lacelle were the ones to prod me into writing for it, and to them I am thankful. Additionally, I am very thankful to Lucas Duguid for publishing my first-ever article, in official ink! It’s always exciting to see your work in the physical realm.

Before I joined the Advocate, I was also encouraged to share my freestyle writing in a more public fashion via online. I decided to start my own blog as part of my “Write More” resolution. I must say, I’m proud of its growth and development, both in content and aesthetics. I didn’t want to restrict myself on any one topic, so I left my blog’s genre undefined in order to address whatever subject matter I felt necessary. I’ve also been cultivating another side of the site, where I share music videos and musical talents for people to check out. The blog’s façade has been ever changing since day one. Some days I like certain features, other days I feel the need to make numerous tweaks. For now, I’m at peace with its appearance…until I get whimsical and spice it up again.

Overall, 2012 was a pretty successful year for me. I learned a great deal through new experiences; I grew more as a person, apparently; I opened myself to public critique, allowing others to read my work; and I shared many laughs with family and friends. I truly hope that you, too, had an enjoyable year to remember!

Here’s to another prosperous twelve months! Best wishes for happiness!