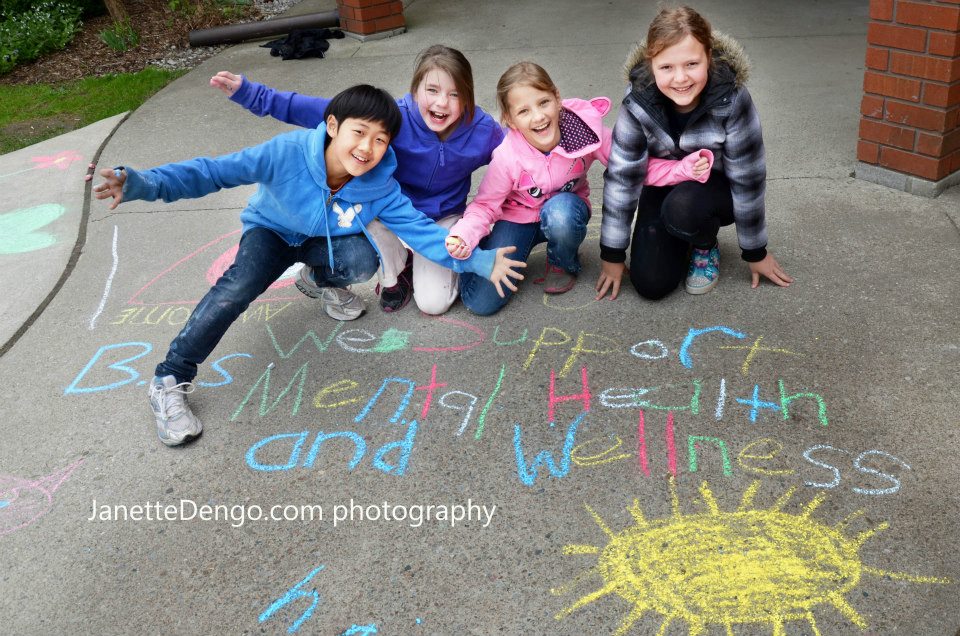 According to the Canadian Mental Health Association, one in five Canadians will experience a mental illness in their lifetime.

I am one of them.

Mental illness runs in my family, so for me, it became inevitable. The idea grew into a monster that crept in my shadows, waiting to pounce. I hoped that it wouldn’t find me, and that I could just be a supporter, raising awareness.

It didn’t turn out that way. I ended up confronting my fear and went to see my doctor. Yes, I’ll concede that it’s scary to admit that something is wrong, especially when it comes to your mental health, but for me, doing nothing about it was never an option.

However, the world we live in thinks differently. Mental health has been stigmatized so severely that people are ashamed and embarrassed to go get the help they need. According to the CMHA, only 20 per cent of children who need mental health services receive them.

Unlike other illnesses, mental illnesses are often ignored because their symptoms are typically unseen. When symptoms deal with how someone is feeling inside, it can be harder to be taken seriously.

People are ashamed of their mental health, primarily because we are constantly told that we ought to be able to deal with things. If someone is consistently sad for no apparent reason, society immediately turns on the sufferer. They aren’t trying hard enough, or my personal favourite, “Everyone feels that way at your age.”

This kind of thinking is ridiculous. When I began to feel sad every day with little motivation or enjoyment from my own life, I tried to get over it. But day in and day out, I still couldn’t find a way to make myself happy.

And how could I? Depression is a chemical imbalance in the brain. There’s no way to stop yourself from being sad when being sad is completely out of your control. Yet even I began to have these thoughts, and I felt foolish when I couldn’t will myself to be happy. I was stigmatizing myself.

The CMHA reports that only 50 per cent of Canadians will tell their friends that they have a family member with a mental illness, compared to the 72 per cent who would talk about a family member’s cancer diagnosis. Why is it that we treat these differently? We’re so open to talk about cancer awareness, yet so closed off to mental health awareness. Both deal with someone suffering, so why do those with mental illnesses have to suffer in silence?

People don’t realize that this stigma affects people’s ability to lead healthy lives. Although it’s not the defining factor in my life, my mental health is a part of who I am. By living in a society where I’m told to keep it to myself and not talk about it, I’m hiding part of myself.

But I’m tired of hiding it. So yes, I have depression. I sought out help and now I’m starting to feel better. Is there anything wrong with that? I’ll admit, thinking about writing this article, I was apprehensive to go ahead with it, but then I thought to myself, “Why am I afraid?”

If I can’t be comfortable with it, why would I expect anyone else to be? So let me be the first of hopefully many people, to say that mental health isn’t such a scary thing. Talk about it. By raising awareness, we can get rid of this unnecessary stigma.

People aren’t defined by their state of health. No, that person with schizophrenia isn’t just a schizophrenic. They’re still a person. They just happen to have a disorder. But they will always still be a person, no matter what health issues they face.

So can we all try to stop talking about mental health in hushed voices, looking up occasionally in case anyone hears? It’s nothing to be ashamed of; it’s your health. Embrace it.

I know, that sounds odd. If you told me a few months ago that I should embrace depression, I probably would’ve looked at you strangely. But I mean embrace in a broader definition. Embrace the fact that mental illness is just one of many aspects that make up you as a person. It’s not your defining feature or a debilitating disease. With the right help, it just becomes another part of your life. If you aren’t dealing with it first hand, embrace a culture where it’s something we can talk about. Take the time to understand what mental illnesses are, but don’t treat them any differently than any other illness.

I think it’s about time that we embrace mental health awareness with the same compassion and openness that we have had with so many other causes before. It’s time to give your mind some love.

Maybe we can start turning some of these numbers around and let those suffering alone know that it’s okay to get help. It’s okay to admit there’s something wrong. I know if I hadn’t grown up with the understanding of mental health that I did, I probably would’ve suffered longer on my own.

As a society, we’ve managed to minimize and discard stigmas completely. Mental health is nothing new, and it’s not going away anytime soon. So instead of keeping the stigma alive, we should start becoming more aware.

Think about it, you’ll be glad you did.

If you want more information or places to go to for help, visit the Brantford CMHA website at www.brant.cmha.ca.