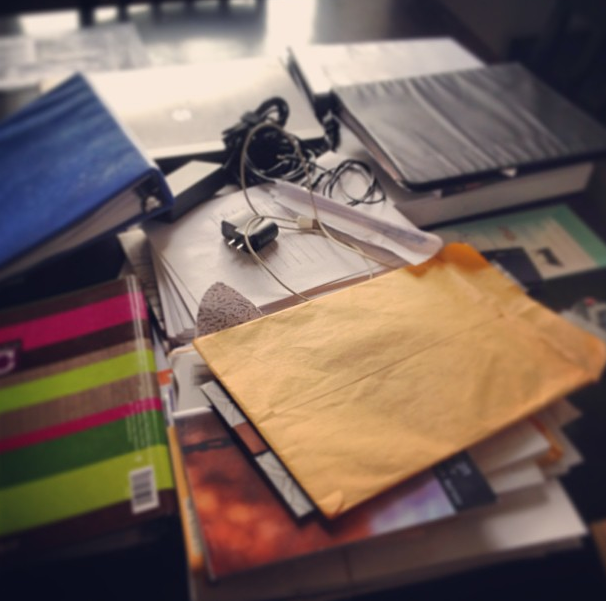 I would like to start out by thanking all the fantastic health care workers. As a recovering person with diagnosed concurrent disorders, having both addictions and mental health issues, I have seen the challenges and abuse often faced by doctors, nurses, counsellors and support staff working within the healthcare system. This article is in no way meant to hurt, blame or take away from the great and (hopefully) rewarding work you do. It is meant to educate and open a dialog about the impact of the stigma that we addicts/mental health clients sometimes face.

I’ve been an addict and person with diagnosed mental illnesses for about 35 years.  I want to share a little of how stigma in the health care system has affected me first hand.

Throughout my life, I have encountered stigma in many ways; either directed at me or at others. Now, sadly I’ve come to accept that kind of behaviour from society, and while there is no excuse, I try to rationalize that ‘maybe they just aren’t informed.’  I have a much more difficult time, however, accepting this kind of abuse from professionals in the health care system.  As shocking as it might be, I’ve learned that we are not always safe from others’ judgement, and there are times that it can even come from the very people who have devoted their lives to helping people.

I’ve had several negative encounters at hospitals but I would like to share two occasions I’ve had with one particular hospital.

In 2006, I was living on the streets of British Columbia.  It was November and getting cold out. I was hurting, had had enough of the drug use and was tired of living in the cold. I hadn’t used in the last 24 hours and was craving real bad, but I knew I didn’t want to use anymore. I was desperate, out of hope and suicidal. I decided to go to the hospital to see if I could get some help. I was put into an open area while I waited to be seen by a doctor. I was clearly upset and broke out in tears many times, yet I was given no privacy. The shame of people seeing me like this was at times unbearable. After what seemed like an eternity, I was finally seen by a doctor. I explained, through tears, that I was an addict living on the streets, was suicidal and I wanted help.  His initial response was not to express empathy, to congratulate me on my decision to seek help and make a change or to assure me of the support I would surely be given. Instead his first question to me was “how have you been supporting your crack habit?”  I was stunned! What in the world did that have to do with me getting the help I needed? Did he see me as just a thief, beggar, or a drug dealer? I could see the distain he had for me in his eyes. This was very hurtful.

He hurried away quickly, apparently on route to find a social worker to work with me, and I was left in this open space crying and visibly distraught.  I remember at one point, looking up as I waited, wishing desperately for a reassuring presence and seeing a nurse walk by.  I can still see the look on her face. It was not of sympathy or empathy, but pure disgust.

Another hour went by before the social worker made it down to see me. I thought “great I’m going to finally get some help.” I thought for sure since I said I was suicidal I would be taken to the psychiatric ward, a place where I believed I could finally be provided with the safety and support that I needed to get back on track, but that was not the case. The worker said that she was very sorry but the doctor refused to admit me.  That was it.  She had already called a cab, it was on its way, and there was a bed set up for me at the local shelter. Once again I was shocked that I didn’t get the treatment that was afforded to me.

I did go to the shelter that night, but I was back to using the very next day. That open window of wanting to get clean had closed, and led to two more years of using and two failed suicide attempts.

I carried on the best I could and to help with the pain, cold, and shame of homelessness, I started using opiates as well. I found it helped with the cold. When you’re nodded out, you don’t notice the cold or the stares as much.  It was because of the injecting that I got a painful infection on my arm. I put off going to the hospital, as the shame of my last visit was still fresh in my mind. I was hoping the infection would heal itself. It didn’t. It got worse and worse, to the point where my arm from my hand to the shoulder was three times the size.

I was finally convinced by a couple of friends to get to the hospital.. so I went. Once again my fears came true. Turns out the nurse who had looked at me in such disgust all those years ago, was the very one on duty that day.  She may or may not have remembered me, but she had left a lasting impression. Even though the emergency room was empty I was still left waiting.

After two hours of waiting, the effects of my last morphine tab was wearing off and the pain setting in. I decided to approach her. She told me they were very busy and that they would get to me as soon as they can. I knew this was a lie and confronted her on it. Her response was “I’m not the one who did this to you. It’s your own fault and you’ll have to wait.” WOW! I had had enough and went to the administration office to speak to a boss. And within ten minutes of speaking to her, I was being looked at.

I was hoping I wouldn’t get the same doctor as last time and was pleased to see it wasn’t. I was unsure what to expect from this new doctor but soon after talking to him I was in blown away, and this time for the good. He was great! He was kind, considerate and made me an offer I was waiting years to hear.

He asked if I had had enough of this life style. I assured him I had. He offered to admit me, keep me on opiates until my arm healed and then help me withdraw. In the meantime he would set me up with an addiction councillor and have a psychiatrist come see me.

During the rest of my stay I was treated with kindness and respect. I felt like a human again and it made all the difference. I was finally getting the help I so needed. I started on the path that led me to where I am today. I’m off the drugs, I have a stable home, I’m paying my bills, am meeting great people and have a caring support system.

I wish I knew that doctor’s name. His kindness, caring and respectful approach to healthcare has helped me turn my life around. I owe him a huge thank you! If not for him, who knows where I would be today. For that matter, if I would be even alive. I try to mirror his approach in my everyday life.

One last example of some of the stigma I’ve personally experience happened right here in Brantford.

I recently went in for an interview where I was applying to do some volunteer work. During that interview I was asked why I wanted to help. I shared the story of my negative experiences at the hospital, and explained that I not only wanted to give back, but to give a voice to people like me.  One of the interviewers asked me if I was being rude and belligerent to the hospital staff, as she has witnessed this sort of behaviour before and assumed that that was the reason I was sent away. Now focused on her negative opinion of behaviours exhibited by addicts, she then went on to vent about the hassles she experiences because of “the CRACK HEADS [living] below me.”  I sat there shocked and taken aback.  She noticed the look of shock on my face and quickly apologized, however, the damage was done.  Once again, stigma has reared its ugly head and I felt that shame all over again.

I know the abuse and the stress the job can have on healthcare providers. I really do! But please try to keep in mind that we are stricken with an illness and just like most illnesses, we have symptoms. Sometimes the need to want to relieve those symptoms can be overwhelming for us. Being dope-sick is a miserable and painful experience and yes, we may beg or try to manipulate for drugs. Sometimes we may act out or we may be having an episode due to our mental illness. We may even be abusive. In times like these, we need to be dealt with firmly but fairly.  Keep in mind, would you be mad at a cancer patient for having symptoms?

The Ontario Hospital Association is offering a Stop the Stigma learning module for health care workers. I would urge you all too please find the time to watch the learning module. You can find it on OHA’s website.  The messages given encourage health care providers to be aware of the impacts of stigma. There are small things you can do to combat it like being aware of the language used to describe your clients, and to not be afraid to give a kindly reminder to your co-workers when you witness stigma.

I’ll leave you with these final words.  No matter how difficult we can be, remember that we are sick and at times have what you may find to be unpleasant symptoms. Please try and remember we are someone’s child, parent, grandchild or grandparent and should be treated like we are one of your family members. Remember why you first chose this profession and that you too can be like the doctor that gave me a chance and make a difference in someone’s life.

One Reply to “Impacted by Your Burn Out (Randy Roberts, @RandySRoberts)”