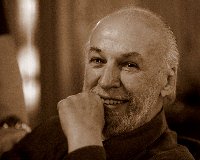 Thank you, Bernie, for making time to talk with me this morning. I want to ask you about your career as a giant in the music industry – a career that has spanned some 45 years. I’ll be asking you about your biography (in book stores now), “True North – A Life In The Music Business” and of course about your relationship with Bruce Cockburn. Let’s start there……

PG     In the Brantford area we’re all very excited that Bruce Cockburn is coming to play at the Sanderson Centre on February 15th. The question I’m asked most by folks around here is what will Bruce be playing on this tour? Will we be hearing If A Tree Falls, Lovers In A Dangerous Time, Wondering Where The Lions Are and other of his much-loved hits?

BF     You’ll definitely hear your fair share of those hits. Bruce makes up his show sets just before he goes onstage, although when he’s on tour you can be pretty sure he’ll be doing a lot of the same songs every show. He’ll do his fair share of the hits – I can’t tell you which ones right now, but some of Wondering Where The Lions Are, Lovers In a Dangerous Time, If A Tree Falls, Tokyo – two of them, four of them, seven of them – we don’t know….you’ll get your share.

PG     You have managed Bruce from the early days – in your book you talk about first meeting him when his band “The Children” were opening for the Lovin’ Spoonful at Maple Leaf Gardens. What was it about him that made you want to work with him?

BF     I didn’t decide to work with him until a year or two later after the meeting at Maple Leaf Gardens, around the time I was founding True North Records. I went to see him at a coffee house at Ryerson called The Pornographic Onion. I went down to see Bruce as I was looking for an artist to kick off my label. I was very impressed with his songwriting ability and I sat down with him and we came up with a deal. I signed him as the first artist on True North Records and that was in 1969.

PG     So when you saw him at the Pornographic Onion – is this when you first heard songs like Going To The Country and Musical Friends, that went on to be his early hits?

BF     They were a prominent part of his set and I was also impressed with other songs.  Those two songs in particular drew me to him because I sensed they had the ability to have some impact on the music world. Going To The Country has had a long life and has been in the soundtrack of seven or eight movies.

PG     At this same time, in 1969, you were founding your legendary record label True North Records….one of Canada’s first independent record companies and ultimately one of the largest.  What made you think it would work?

BF     True North is certainly the country’s longest running independent record label. It was the first to try and figure out how to sell a lot of record albums which is something that has of course gone completely out of style now, but that’s what we were doing back then.

PG     The acts that you’ve managed read like a who’s who of Canadian music – aside from Bruce Cockburn, you’ve managed Murray McLauchlan, Dan Hill, Barney Bentall, Stephen Fearing.  True North has also released and distributed recordings by Randy Bachman, Rough Trade, 54-40, Lighthouse and many others………over 500 releases, 40 gold and platinum records, 40 Juno Awards – did you even imagine this kind of success when you started the label?

BF     It’s now over 40 gold records and over 40 Junos now.  I didn’t imagine any of that.  I had a certain kind of hope that my record company would be successful and that my management company would be successful but I never really set any goals to get 40 gold records. It all unfolded in a positive way. That’s not to say there weren’t occasions when it didn’t work, but overall it worked out quite well for me. I’ve always been proud of the fact that we contributed something to the cultural fabric of the country.

PG     Cockburn, Murray McLauchlan, Skip Prokop and The Paupers (who later went on to found Lighthouse with Paul Hoffert)… as well as Neil Young, Gordon Lightfoot, Joni Mitchell……..is it fair to say they all came out of the Yorkville music scene of the 1960s and 70s? The coffee houses like the Riverboat and the Purple Onion were also launching pads for American artists like Bob Dylan and Carly Simon. What was it like being in the middle of such a hothouse of incredible talent?

BF     It was a very exciting time. They were very creative times and the music was phenomenal.  Yorkville was crawling with great talent. There was a band called The Sparrows who one day decided to move to L.A. and six months later they were called Steppenwolf and had a number one record. There’s just one example. Neil Young was there, Joni Mitchell was there, and Gordon Lightfoot and David Clayton Thomas. The whole era was really great, not just the music. Yorkville was interesting for sure. It was a kind of magical time.

PG     I’ve read that Greenwich Village in New York, and Yorkville in Toronto were the centre of the singer-songwriter explosion?

BF     Well, the people came from all over. There was Haight-Ashbury in San Francisco, and L.A. had a great scene as well. People came through Yorkville – Joni Mitchell was actually from Saskatchewan, of course. But, Greenwich Village, Yorkville and Haight-Ashbury were certainly the centres of the sixties culture.

PG     In your book, you describe how in 1976 you sued the Canadian National Exhibition for defamation and libel because of comments their assistant general manager made about Murray McLachlan, and how the CNE wouldn’t book Canadian talent because “we are getting better but the talent in Canada is not getting any better”.  How did this play out?

BF     It was good but it was unfortunate. I felt a little bad for those people. You have to go back to those times. The CNE was the most important venue to play, certainly in Ontario.  To play at the CNE was very important exposure for any artist in Canada. We kept hearing the gentleman responsible for booking talent at the Ex on the radio saying these kind-of derogatory remarks about Murray Maclauchlan. We couldn’t quite understand why exactly, but it was kind of a misunderstanding about who Murray was. He was mixing him up with an act called Maclean and Maclean.

But we wanted to look at the bigger picture. We wanted to know why we were being treated as second-class citizens.  I mean on the one hand, the guy booking their talent was saying there was no good talent available, and on the other hand he couldn’t tell one act from another.  Really, he was just so unknowledgeable. That was bad enough but there was also this kind of disregard for Canadian talent that was getting back-of-the-bus treatment.  So, we decided to draw a line in the sand and we sued them for character defamation but also we would use the Murray incident to show their foibles and misunderstanding of Canadian music. It turned out to be really good. We never had to go to court. The CNE made a public apology. They hosted a press conference that everyone in the music industry was invited to and all the media and the CNE apologized. They brought in a new booking policy and a new booker and I think it was a significant moment. We started to change the mindset of people. It’s hard to imagine now the attitude back then that somehow Canadian music was second-class. There’s a little bit of that left if you scratch deep enough. A lot of what we did back at that time helped change that attitude.

PG     I remember back then that there was a common feeling that a Canadian artist had to go to the States and become successful there before they could come back to Canada and legitimately be regarded as a star. But that really started to change in the ‘70s, didn’t it?

BF     It really did. It was a psychological thing and to an extent it’s still there. Canadians are going to like people a whole lot better when they know they’ve made it in the US. It was endemic in the ‘60s when there was hardly any music business here. So artists had very little choice. They really had to leave to become more successful and then come back to gain more success here. Starting in the ‘70s were the Canadian Content regulations and things got started here. An industry was built….a really good industry. And people really don’t have to leave anymore unless they want to. Before the Canadian Content regulations, you could count the Canadian stars on one hand and half of them lived in the US.

Today, if you and I started going through the list of Canadian artists you would need a newspaper to print the list.

PG     Well, Bruce Cockburn has been awarded the Order of Canada….but, you were also awarded your own Order of Canada in 2007. How did that feel? Rideau Hall is a long way from the Pornographic Onion!

BF     Well, it felt great. I guess in many ways it was the proudest moment that I’ve had, at least in my career, if not my life. I don’t mean that it made me special, but the feeling I had was special. It was very moving.  Again, it’s not something that you set out to get but when it was offered to me I immediately said yes. I was humbled by it and thrilled!

PG     Well, I’m going to wrap up by telling you a personal thing…you certainly won’t remember this, but I met you in 1974. I was working backstage at a Leonard Cohen concert at Alumni Hall at the University of Western Ontario where I was a student.

BF     We were probably promoting that show.

PG     You were.  You and your former business partner, Bernie Fiedler. I got to meet Leonard Cohen, I got to meet you and I sat on an equipment case in the wings next to Murray McLauchlan and watched the whole concert. I thought I’d died and gone to heaven. That’s a memory that I treasure.

BF     You don’t have any pictures from that time do you?

BF     Now, everybody’s got a camera in their pocket on their cellphone. I regret I don’t have any photos of Leonard and me from that tour. They would have been fun to look at.  That’s great you were at Alumni Hall and I bet it was a great show.

PG     So, Bruce is touring in Europe now and I know that he’s doing a show in London, England tonight (November 13). Will you be going out on the tour with Bruce this February? Will we be seeing you in Brantford on February 15?

PG     We’re looking forward to a terrific show. Thank you for taking the time to talk with me this morning.