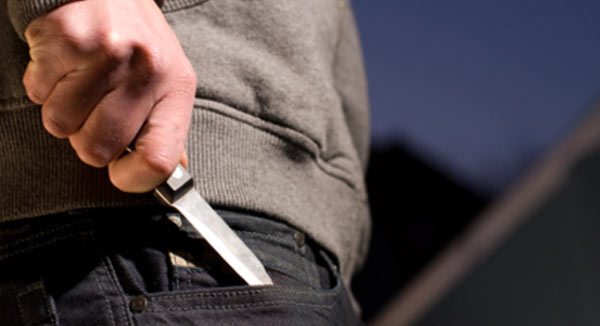 I once had the opportunity to speak with Justice Scalia. He told me a story about Judge Learned Hand who cried out for Supreme Court Justice Oliver Wendell Holmes to do justice. This prompted Holmes to stop his horse and carriage long enough to admonish his admirer and declare that law is not the same thing as justice, and that a judge’s job is merely to interpret and apply the letter of the law.

When I attended Western, I learned justice was irrelevant except in my legal philosophy class, where I studied unsatisfying secular theories of justice that excluded the laws of God. When I later attended Regent College and studied theology, I learned that Canada’s laws are rooted in christian theology, and that law without justice is meaningless.

I also learned that people willingly follow the rule of law, for it is based upon natural law, where truth, justice and morality are consistent with the rules that govern human behavior. Dr. Martin Luther King Jr. knew this too, for in his letter from the Birmingham jail, he said an unjust law is no law at all.

Those who oppose the civil rights disobedience of protesters who seek justice, rest their case upon the totalitarian secular philosophy of rule by law and use the coercive power of the police state to suppress dissents to restore law and order. The false label of the rule of law is uttered by judges, lawyers and politicians, who use the power of the police state to coerce people to obey rules of human behavior that are inherently unjust, conflict with natural law and freedom of conscience, and also fail to conform to biblical law and teachings.

The rise of rule by law and the concurrent destruction of rule by law, is the consequence of cutting off the branch of Western common law from the roots of christian principles that informed and shaped the development of the English common law for hundreds of years.

The ten commandments are the laws written by God himself and revealed to Moses. upon these ten commandments is built the civilization of Western society, and out of these commandments were derived hundreds of statutes, ordinances and regulations that once governed daily societal conduct. Today, secular humanism and positive law, where man is supreme, has eroded the law of God from the law of the political state, leaving only fossilized remnants of what was once honored and sacred. Conduct like abortion was once criminal and anyone who now dares challenge its current legality is scorned, mocked and punished.

The trampling of his courts appalls God. (Isaiah 1:12) Multitudes of sacrifices (Isaiah 1:11) and many prayers (Isaiah 1:15) are all in vain, for God will not honor the worship of sinful people whose hands are full of blood. (Isaiah 1:15) Instead we are instructed to stop doing evil, learn to do good, seek justice, correct oppression, defend the fatherless and to plead for the widow. (Isaiah 1:16-17) This is what God requires of us: to do justice; love kindness; and walk humbly with our Lord. (Micah 6:8)

Be righteous! (Isaiah 5:16) This is the root of the rule of law. Justice is inseparable from the law of God. True worship is to engrave God’s law and justice in our hearts, minds and spirits and to conduct ourselves accordingly.

Jesus recognized the letter of the law often puts unreasonable burdens upon people, and without the infusion of mercy, kindness, love, understanding, wisdom, grace and truth added to the law by Jesus, there can be no justice. Jesus was furious with the Pharisees and scribes, who represented the law in Jewish society, for strictly enforcing and micromanaging the letter of the law regarding tithes of mint, dill, and cumin, and neglecting what really mattered in law: justice, mercy and faith. (Matthew: 23:23-24)

If justice resumes its place at the heart of our law, our legal system will once again be built upon a foundation of law and justice and the rule of law will prevail.