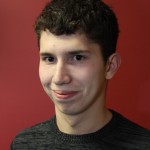 Orientation week last year sort of let me down, but in its defense, that may be partially my fault.

I mean, it was cool seeing Shawn Hooke and Down With Webster. That day in O-Week was my first concert ever, and although I debated if I would still enjoy DWW after all these years, I’ll never debate it again. It was pretty much a high school music overload.

When I heard of a venture to Earl Haig Fun Park / Water Park on the itinerary for the week as well, my hopes shot back up. When I got there, I found out the few water slides there were closed and I ended up socializing with people while floating down a lazy river for a couple of hours. Again, that was fun, but not all I expected it to be (some Zumba on my part may or may not have been involved).

Then came Club NV. Now, that was pretty much what I expected, about equivalent to the level of party that I experienced at some dances back in high school. Then what else can I remember from O-Week? Well, nothing unfortunately. So why do some friends I have from Laurier Brantford still post about “how amazing O-Week was”? I mean, I’m actually kind of confused by that. What did I miss? I guess a fair bit, and I think I know where. I wasn’t social enough.

At the beginning of the week I feel like I made some good friends in my dorm, some of which I’ll probably remain friends with at least until the end of university, if not longer. The problem was that I stuck with them for the rest of the week and got to know them really well, these three or four people. We later started hanging around our residence instead of doing some of the O-Week activities we had paid for, because we felt back then (and I still feel the same) that the alternatives wouldn’t be as much fun. I know now that the activities, in fact, may not have been what made O-Week what it was; it was being around so many new people that struck a chord with my other Laurier Brantford students.

As much as you may try and as much as you say you won’t, chances are that as soon as you start university some of your high school friends fade to the back. Possibly short-term, probably for longer. During the first week of university all of the first-years are together, not solely just to have a fun time in activities, but to meet the people who they’re going to spend the next four (or five) years with. During this time you should meet as many people as you can, see who you have some similarities with, see who’s in your program, see who you may want to avoid from now on (I assure you there will be a few), but in general meet as many people as possible. Maybe, just maybe, that’s why I didn’t think O-Week was that cool, or even all that fun, because I didn’t take that time to meet as many people as possible.

Startling realization: I like talking, a lot, to as many people as possible. The result was I ended up meeting a fair amount of people at Laurier this year, regardless of my O-Week non-participation. Of course, there are a lot of people who don’t do O-Week or who do partake in it, not talk to a single soul and still have a great time. My personal belief as to why I didn’t think O-Week was cool won’t be the same from person to person. After all, it’s just my opinion. But I think I know one other reason why it didn’t live up to my expectations: they were way too high.

Maybe it’s partially due to the fact that Laurier Brantford is a smaller campus than the mother ship that is the Laurier campus in Waterloo, or maybe every school just has a different angle to what they want to do for their Orientation Week. But, what I’m getting to is that every school my friends go to had different O-Week activities than I experienced, and some seemed a lot cooler. Wait a second, no they didn’t. They seemed about the same.

One friend at the University of Guelph told me exciting tales of decorating pillow cases, while a friend at University of Toronto told me stories of getting up at 5:00 a.m. to do some cheers. Thrilling. I guess I’ve come to the realization that I knew I would. O-Week just isn’t cool anymore. Some people honestly have a blast, but I think it’s more so those people trying as hard as possible to ensure it’s the best week of their university experience, which of course, isn’t a problem. Kudos to them, and to the ones organizing it – of course they’re doing the best they can to make it amazing, and first years should be grateful. But I wouldn’t have said “no” to a day at Canada’s Wonderland like University of Toronto Mississauga had.