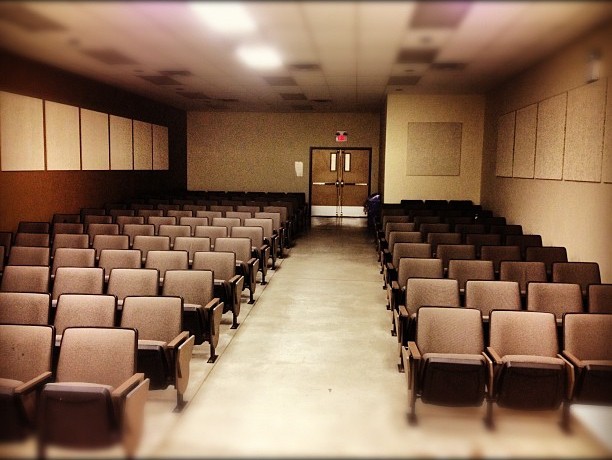 As a kid, I hated gym class.

Summersaults were the enemy I feared; I became dizzy and sick to my stomach. Then, as an adult, I started to wonder what was wrong with me? My balance was becoming worse and my ability to perform certain functions started to become a challenge. I had trouble playing tennis, squash, running and doing aerobics. Most heartbreaking, though, was the realization I could no longer ride a bike. Growing up in Toronto I had ridden my bike everywhere, and living in Brantford I looked forward to riding our beautiful trails. Trying to ride my bike now is a challenge as my body begins to shake and I cannot, with any consistency, keep the bike upright.

A CAT scan revealed recently that my father is suffering from a degenerative cerebellum disorder, which could be passed genetically to his children. This gave clarity to my balance issues. So began my research into what all of this meant. Those physical activities, or pushing myself too hard, caused my speech to become slurred. Strangers make assumptions. I remember walking across the deck of a cruise ship as it was being tossed in the waves. I must have looked a sight because a woman said to me, “well, you have had a couple.” Lovely.

When I began working for the Alzheimer Society of Brant I tried to empathize with what it must be like to have Alzheimer’s or Dementia, also a degenerative brain disorder. I participated in a virtual dementia tour that mimicked what someone suffering with Dementia feels like. It was gut-wrenching. I leaned against the wall and went dead silent. I panicked and couldn’t wait for the simulation to end.

What I now realize is that many disabilities are not obvious to the public. If you see someone in a wheelchair you know they cannot walk or may need assistance. If a person carries a white cane or walks with a guide dog, it is obvious that his or her vision is impaired. However, people often assume a person is drunk if he/she trips going up the stairs. At a corporate function in a dark movie theatre, I was trying to hold onto my popcorn and pop, but without a handhold I fell to my knees. Just like on the cruise ship, I heard a man say, “Oh, look at that, too much to drink.” I was so very upset and embarrassed. I had skipped dinner – not the best idea – and I had so looked forward to my popcorn, which now was scattered, along with my pride, on the stairs.

I am an assertive woman and don’t have problems explaining my actions. It’s not the same for Alzheimer and Dementia clients. While trying to pay for purchases, or conduct their banking, they may become confused. Even the simple task of counting change becomes daunting. What if they can’t remember their debit or credit card pin? Errands can be very difficult. How many of us forget where we parked the car or what entrance we came in? It is unnerving to them, and most often inappropriately labeled by others. It is too easy to rush to judgment.

We can make a difference. We can learn to recognize degenerative brain disorders and offer solutions, not criticism.

My goal for Brantford is to continue to build awareness about Alzheimer’s /Dementia in hopes that we soon will become a ‘Dementia Friendly Community’ to strengthen our tolerance and understanding of those who, through no fault of their own, no longer function at their previous levels.