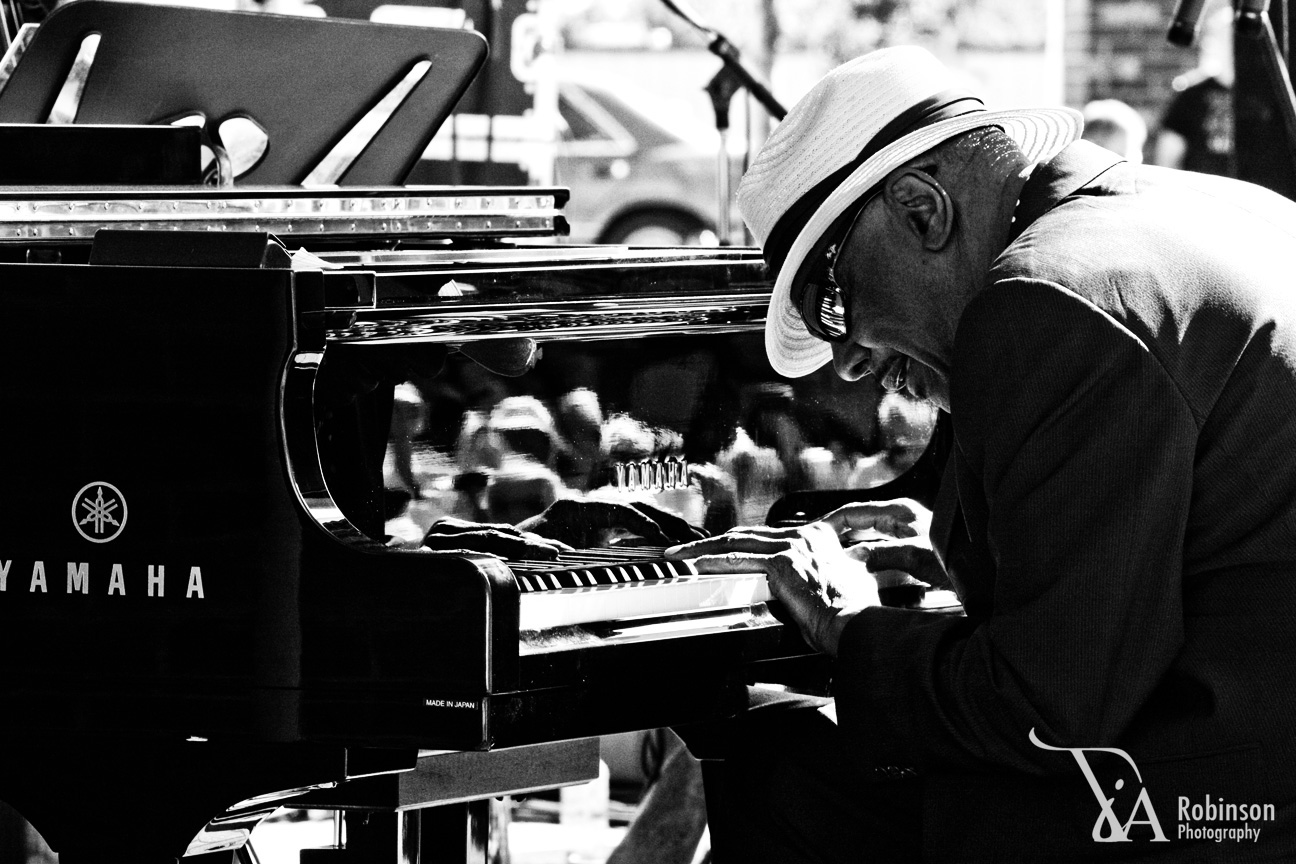 A few nights before last month’s Brantford International Jazz Festival took main stage in Harmony Square, I had the chance to see one of my Rock n’ Roll heroes in concert. John Fogerty filled my night with two and a half hours of memories, but the experience gave me pause and reminded me that what we’re doing… is never about what we’re doing. There is always something deeper in play.

The concert was not about a concert. It never is. It’s an introspective experience masquerading as a demonstrative one and you can see it in the stories told by the lives of the audience. I love Fogerty because many years ago I latched on to CCR during a season of confusion, teenage transition and a bit of lonely heartache. I’d listen to my cassette tape in my buddy’s backyard, floating in his pool while wondering why we didn’t get invited to the parties and why others all seemed to get girls when we just got… each other listening to CCR.

Beside me sat and older Native man at the show by himself. I could almost SEE his story playing through the recesses of his mind. His wistful expression didn’t fluctuate much throughout the show. Some songs were smilers & clappers, but you could tell there was memory and genuine emotion buried not far underneath at any given moment. When Fogerty played my favorite song, “As Long as I can see the light” I caught his eye. We both nodded knowingly, thoughts far from where we were sitting. You see, what we’re doing is never about what we’re doing.

Then came the Brantford Jazz Festival. A very different atmosphere and ambiance than John Fogerty to be sure, but it was again clear that there was more at play than whistling Dixie… literally. For those like the lovely couple who made their final decision to make Brantford HOME and Freedom House their church last year during jazz festival weekend, this was just one of great perks of moving to a place with a small-town feel and big-city vibe. It was like it had always been there to them. And while that is a glorious new reality, many of us know that the jazz festival has not been about a jazz festival for our downtown. It’s been NEW life, NEW culture, NEW economy, NEW tourists. Events like our Frosty Fest that saw 15,000 pass through downtown last winter, had its way carved by the jazz festival. As I stood listening to Little Boy Blue blow his horn… I could sense it. Couldn’t you?

On the Friday night, our crew from Freedom House gathered as we do every week to give away free burgers on the street. After the show let out, a well off couple from Ajax wandered down the street in search of a not yet existent upscale club for some post-jazz dancin’. On this night, they’d have to settle for a free street burger. I invited them into the story of the transformation our city is going through. I told them of our attempts to use kindness as foundational principle for reestablishing a cultural norm. They told me different story however. It seems this has become an annual getaway for them and always rekindles their love for both each other …and the music, which is the soundtrack of their life. They didn’t even have to say those words, because I could see it in their eyes. I recognized it , because it was the same “We just needed help remembering our love” look that the couple in front of me at the John Fogerty show shared with each other while they sang “Have you ever seen the rain” off-key to each other only days earlier. See this festival is not about tourism, economies or the music. It’s about ALL THREE… and much more.

On Sunday after church I sat with my family at square’s edge as the last of the summer winds whisked through Harmony Square coming uphill from the river; telling it’s own story of buildings dusted to make way for the driving future. As we white-guy sit-danced to the remarkably beautiful Latin jazz, Dave Levac’s prominent stature suddenly appeared from behind and strode into the lawn chair masses. He was being led by an unsettled gentleman towards his wife who was anxious to tell him their story about… who knows what. A sick cat, a neighbour with noisy jalopy, or maybe about something deeper. He’s heard them all. I watched as this skilled public servant… served. He came back and sat down beside me and we had a delightful discussion about our city. We knew that the story of Brantford’s downtown could have gone either way if real people with real passion didn’t CREATE a context for the human experience to play itself out together. But they have… and it’s meaningful.

THIS is not about THIS. THIS is about THAT. In the 1948 film noir classic The Naked City, the final line is narrated: “There are eight million stories in the naked city. This has been one of them.” There are slightly less on any given day in Brantford but we must always be aware that each of us is living… one of them. And its people that matter. Let’s never fall into the trap of believing in the visceral, the shallow, the graceless or one-dimensional. Our lives and the life of our city is created far more beautifully than that.