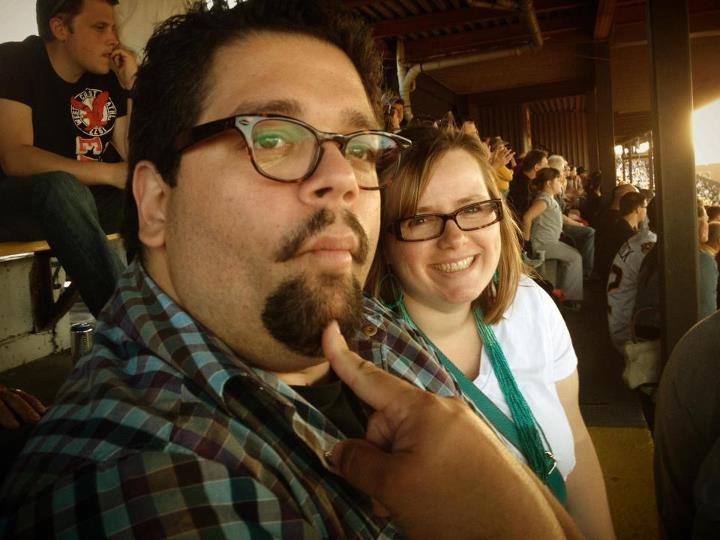 You probably read the title of this article and said : “What! Jesus is Italian?” Before you dismiss this claim allow me to state my case. First, his mother was named Mary and his father was named Joe. Second, he was a carpenter. Third, he made wine. Fourth he lived at home until he was 30. Fifth, he hung out with the same 12 guys. And sixth, his mother thought he was God. There you have it, case dismissed, Jesus is Italian and so am I.

Hi, I’m Jon, and I moved to Brantford two years ago to take on a position at Grace Anglican Church. The position was as Priest for the new congregation called Counterpoint. Wait a second, you said you were Italian, shouldn’t you be Roman Catholic?  This is a common question. People expect me to be a Roman Catholic priest and for this reason I sometimes mess with their heads by kissing my wife while wearing my collar.  So yes, I am an Anglican Priest who is Italian, but I’d like to focus on the later.

I grew up in Vaughan a city that is teaming with Italians which means there are many Roman Catholic Schools and Roman Catholic Churches. Places I didn’t attend until my OAC year, why? Because my family wasn’t Roman Catholic, we were Italian Pentecostals, but that’s a story for another time. I attended a public school where my friends weren’t Marco, Luigi or Giancarlo, they were Waleed, Rudy, Harmeet, Nick, Raj, well you get the point.  Within a dense Italian population I was placed in a multicultural school. It was like United Nations and I was the Italian representative. When I would go over to my friend’s house I was referred to as the nice chubby Italian boy.  The chubbiness was due to the huge lunches my parent’s would pack with the fresh bread, cheese and three types of salami. This for me is further proof of Jesus’ Italian heritage because he fed 5000 with one lunch. I have faith that my lunch could’ve done the same. My friend’s would come over and get a sampling of authentic Italian meatballs. Then I would go over to my buddy Nick’s house where his Ukrainian grandmother would serve us perogies. I would talk to my friend Waleed who was Muslim about Ramadan and to my friend Rudy who was very much Canadian, about why he liked Kraft dinner as I tried to convert him over to penne alla vodka. Growing up I was exposed to different cultures, religions and foods. For this I am grateful. But unfortunately this came with a price.

One time my friend who was Jamaican stayed over for dinner. His mom dropped him off and as she walked out of our house a bunch of guys from the neighbourhood assumed she was my mom and from then on started bullying me, calling me derogatory names, the nicest one being Oreo.  I even had a knife pulled on me because of the friend I was walking with. When I was a kid I always wondered why these guys picked on me, and now as an adult I know why.  They didn’t have the privilege of being in a multicultural school. They grew up in a bubble where people looked the same, believed the same things and ate the same food.  They assumed their group was the best and feared what was different.   In short, the bullying I encountered was rooted in ignorance and fear.

Unfortunately, as a Christian I have encountered this ignorance and fear in our churches.  We say, my God is better than your god, our way is better than your way, I am right and you are wrong.  By doing this we enclose ourselves and once the bubble is created we begin to fear the other.  In fear we picket, we sign petitions and write our local politicians about certain parades and celebrations.  While in this fearful stance we don’t see the other as a fellow human being that is loved by God and who has much to offer.  At this point I would like to apologize, when I sat down to write this piece I didn’t intend for it to be a soap box, actually I was going to focus on my Nonna, spaghetti and family, but triggered by  a memory of being bullied  it took on a life of its own.

At this point allow me to put on the collar for a bit.  First I would like to confess, I started this article with a lie, Jesus isn’t Italian, I’ll allow the shock to set in……….. he was Jewish, but in his Jewishness he wasn’t bound to a particular people or place, he opened himself to the sick, the broken, the outcast and yes even the non-Jew. His vocation was rooted in God’s love for the world.  If you have ever joined me for a beer or coffee, you may have heard me say this: “Jesus didn’t come to make everyone Christian, he came so that we can be fully human.” The reality is, he did not set out to start a new religion but sought a new way, a way where all were seen as God’s children and where all people mattered. We can only be fully human when we recognize other’s humanity and gifts, as together we seek, as Jesus did, what is good for the World.  As a religious leader in this wonderful city I strive to work for the good of Brantford and, in doing so, I welcome and will work with all, regardless of colour, culture, philosophy, religion, or sexual orientation. Let’s sit down and chat over a plate of Thai, Indian or let’s split a cabbage roll. Here is where it starts, when we eat together, we get to know each other, and the bubble bursts and we begin to see each other as friends or  even as brothers and sisters. When this happens Brantford becomes a better place.

In the words of Desmond Tutu: “Do your little bit of good where you are; it’s those little bits of good put together that overwhelm the world.”