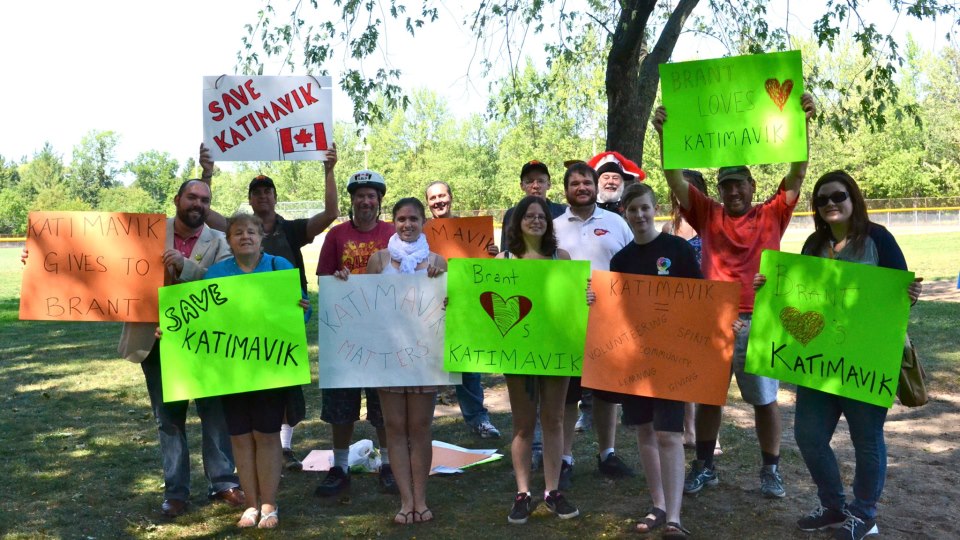 Katimavik, a program that’s touched millions, enlisted thousands, and changed for the better hundreds of communities across Canada, is officially no more. Its cancellation, and other strong austerity measures like it, reflects a creeping Federal belief that community service, in the grand scheme of things, isn’t all that important. It’s a bold but unavoidable stance that Brant is already feeling. In this particular case, after 35 years of benefiting from the program, the abrupt cut off has sent shockwaves through the city. The organizations that once utilized the diverse, nationally sponsored Canadian volunteers, ones that the system aggregates to small communities all over Canada for varying lengths of time (six months,or three months), are now feeling the pinch.

It’s a question that echoed throughout that same afternoon, with letters read from former participants, personal anecdotes told by council representatives, and the simple acknowledgement that this year’s recruits did a lot of tangible work: placements in retirement homes, fundraisers for local events, and, all in all, the type of grassroots dedication on which this city runs. The magnitude of what we’ve lost was only further underscored by community organizers themselves, as they recalled what Katimavik meant to them. One described a time when this year’s team had their van break down, and having no other means of transportation, left their home two hours early, so they could make it on foot to a scheduled event.

However, these personal accounts, some say, aren’t enough to justify the approximate 15 million dollar annual budget the program needs. But is this a straw man argument? With the former promise of funding until 2013 being axed, years of downsizing, and program shifts already taking their toll, the proposed approach of restructuring and renegotiating parts of Katimavik is seemingly off the table. The youth oriented government program, thought to be of such importance by Pierre Trudeau that it began on a national platform, aimed to further the cause of health, ecological protection, language building, and, most importantly, service. Teens and young adults, from all over Canada both learned and demonstrated the importance of community involvement.

In the end, we cannot soley look at this cutback as a budgetary concern. Certainly fiscal responsibility is important, but the old adage that a dollar is a dollar simply isn’t true. What’s the cost of losing Katimavik? I would argue, in a social sense, that it’s a very high cost indeed. In a country where every penny supposedly counts, and 15 million sounds like a whole lot to most of us, we’ve also, as a nation, been lowering corporate income tax rates by approximately .5 per cent each year, dropping from 28 per cent in 1995 to 15 per cent in 2012, losing us 12 billion annually from our 200 biggest corporations. Clearly, there are a lot of very needy social services that could use that money–not just Katimavik, but the point to be made is that if we continue to value commerce over social structure, we’re going to lose sight of what’s really important. Service and community aren’t just buzzwords; they’re what make life for citizens like you and me worth living. The Federal government, by saying Katimavik and the many other social services representing these pillars, don’t have value, are really saying that we, the ordinary citizens, the small communities, don’t matter. Of course, it is up to us to tell them they’re wrong. Through protests, signing petitions, and lobbying our local representatives, it is possible to send the message that community is not only important, but it’s powerful, too.