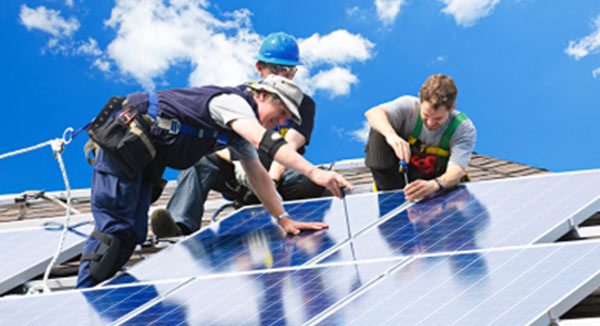 Recently, the Federal government announced the reinstatement of the EcoEnergy Retrofit Home Grants Initiative. As a young homeowner and landlord myself, this is an extremely positive development to make improvements to my property, by increasing the equity in the house, its attractiveness as a rental unit with lower utilities costs, and a smaller environmental foot print.

I purchased the property when I was 24, and admittedly, did not know much about houses and the issues that can come with them; especially given I did not tell anyone I was considering buying a house until after my offer had been accepted. While I had a home inspection, the comments I received were along the lines of “You’ll need to replace your furnace sometime over the next 10 years”. Flash forward 5 months and I wake up to a house in the middle of winter that is 7 degrees Celsius.

Having just recently bought a house, the prospect of a $5,000 purchase was significantly daunting. I have no doubt I am not alone in these kinds of experiences.  This is when I first heard of the EcoEnergy Retrofit program. I immediately called in companies and received quotes, which as expected, were all in the $4,000-5,000 range.

The process was actually quite simple. I needed to have an EcoEnergy audit from a 3rd party, who identified my house’s needs to increase its efficiency. At the time, my gas bills were averaging $300 each month, so there were obviously heating issues to be addressed. The furnace was the number one recommendation to improve my house’s efficiency, with attic and crawl space insulation being second and third.

For me, what made the purchase even a possibility was the fact that my house is in Kitchener. The City of Kitchener has a furnace purchasing program, where they pay for the furnace on your behalf and allow you one year to pay back the balance, interest free. After a year, payments must be made at an interest rate of approximately 12%. This program allows Kitchener to ensure houses are using maximum efficiency furnaces while increasing revenue through an interest generating venture.

I purchased the furnace and then had a follow-up audit with the 3rd party auditors, which the government requires to ensure you’re following the program requirements. Upon completion of this, I received a grant back of $1,580; half from the Federal government and a matching grant of from the Provincial government. These grants were significant to my ability to purchase the much needed new furnace – without them, I have no idea how I would have been able to afford it.

As only a certain amount of funds had been allocated to this program, it ended in March 2011. It seems the success in reducing utility outputs by increasing home efficiency across municipalities must have been significant enough to reinstate the program. I decided to move forward with the attic and crawl space insulation and learned the program was no longer being matched by the Provincial government. However, I was advised that many municipalities are stepping up to match rebates specific to the major issues of their area. For example, the City of Kitchener has introduced the Kitchener Home Energy Improvement Program, which matches grants for insulation and air sealing for homes built prior to 1970.

Having recently moved back to Brantford, I was interested in helping homeowners here take advantage of this program but I learned the City of Brantford offers no matching incentives like other municipalities have opted to. As I don’t fall into the low-income, senior, or disabled categories that Brantford offers grants for, if my house had been here, I would not have been able to afford either the new furnace or the attic and crawl space insulation.

I believe a grant matching incentive for such a successful federal program so would bring positive attention to opportunities available in Brantford and increase both the efficiency and value of our homes.

I encourage every homeowner to call their Ward Councillor to inquire about possible grant programs. These opportunities become available when asked for, so let’s make this happen. Affordable home improvements should not be limited to a few citizens – when a bit of advocacy can make them accessible to more Brantfordians!

One Reply to “Kitchener vs Brantford: A tale of two rebates – by Stephanie Amanda Paige”