Canadians lost their most trusted ally and representative with the sad passing of our Federal Oppositions Leader, Jack Layton. Jack was a leader, a mentor and someone I greatly admired. He was an advocate for Brant, dating back as far as his time as the head of the Federation of Canadian Municipalities and as recently as this past Federal Election, where he chose a family home in Brantford as the site of the first policy announcement in what would turn out to be a historic campaign.

I’d first met Jack in 2004 when I worked in the media. My interview with him at that time was what began my journey as a New Democrat. No small feat considering my previous votes for Liberal and Reform candidates. But Jack won me over with his much talked about smile and personality, but also with his ideas and morals.

It was a student screening of Dr. Strangelove where afterwards he spoke about the de-weaponization of space. On that day in 2004, Jack stayed to have one-on-one time with the young people who had questions. It was also noticeable that he spent more time with the student journalists, not because he needed to, but because they needed more time to formulate the right questions. That patience and care would serve him (and New Democrats) well.

I’d met many politicians, but he was the only one I’d seen at that point who insisted on carrying his own bags and staying late at events. Years later as a candidate, I saw how Jack’s own low key and low maintenance demeanour behind the scenes, translated to other New Democrat MP’s who visited our riding, putting in long hours with the same eagerness and accessibility.

He loved people and that love is now being reciprocated.

He was a fighter.

In 2009 I was at a training session with Jack, and he had commented about a video he had seen weeks before from the Brant News of my then recent nomination meeting. He made a comment about how packed the nomination meeting seemed. When I told him that it was full despite an event with popular Liberal MP Justin Trudeau that was occurring in Brantford at the exact same time he winked at me, put his arm around me and said he’d work with me to “bring Brant back.”

He was a man of his word. The next month, despite a diagnosis of prostate cancer that he had not yet gone public with, he held to his commitment and attended our 90 cent dinner event. He stayed for two shifts; he spoke to everyone and took extra time with youth, seniors and those who came to the event from other political parties.

When we were able to have the event it was really wonderful. Traffic was really bad coming in from Toronto and Jack was late. I was doing interviews with reporters when my personal phone rang. One of the reporters joked it “must be Jack.”

To my own astonishment that’s exactly who it was.

Jack called from the car to let me know how horrendous traffic had been. He then asked if there were any seniors due to the heat or reporters due to schedules that had to get going. If there was, he wanted to make sure they didn’t leave disappointed and let me know he’d be happy to chat with them on the phone en route. I passed the phone around and watched as people smiled and eagerly asked him questions.

Again, Jack’s love for people was apparent and at his core.

That day was also special because it was the first time Jack and former Brant MP Derek Blackburn had met. It was a privilege to sit in on that conversation as they both shared stories about Jack’s father whom Derek had served with in Parliament. 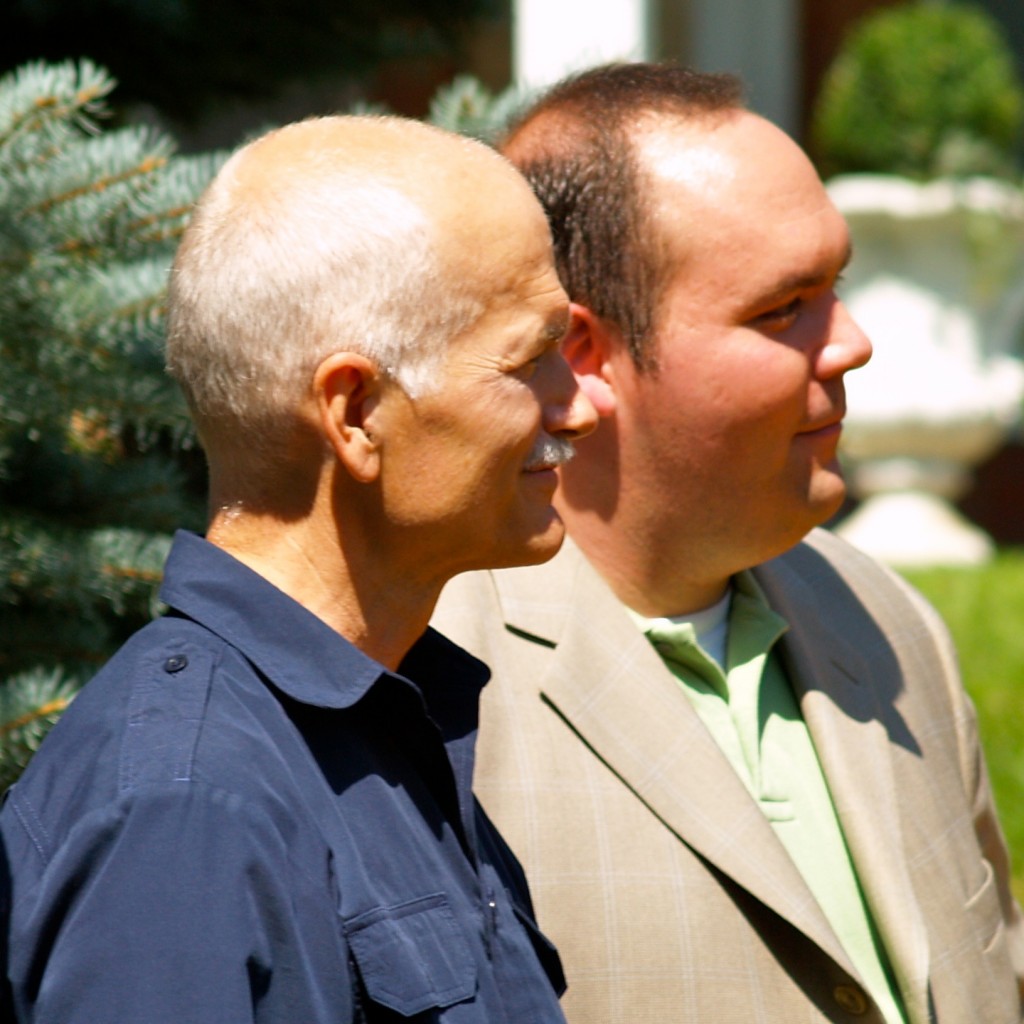 There are many other times that I hold close to my heart that I consider to be special moments: surprising him on stage at the Anti-UBB rally in Toronto where he and Peggy Nash insisted I speak. The time in Hamilton someone from his Toronto-Danforth riding was desperate to talk to him and Jack insisted on doing so despite it not being part of his very tight schedule. Then Jack deciding to invite me into that same conversation because he valued the input of a social worker in that man’s situation. The opportunity to spend time with Jack behind closed doors at Provincial Council meetings. His encouragement when we won the National Membership Challenge. The amazing things he had to say to the national press about our local campaign when they asked him to defend a stop in Brantford over other “higher priority ridings.” A very personal e-mail he sent me that I’ll cherish forever and will inspire me to keep working.

The funny thing about Jack though, is that there are thousands of people across this country who can probably write similar stories of Jack being accessible, personal and helpful.

It was at his core. He loved people. He worked for them.

Now we show our love and we work towards his vision of a better country. It’s a beautiful vision.

The day Jack died I said in the Expositor ‎”Today we grieve, but tomorrow we get to work on the country he dreamed of.”

The “tomorrow” I referred to is now today; a today where we get to the work of building. With ideas, with inspiration and with the three pieces Jack advocated for right to the end: love, hope and optimism. I believe we’ll rise to the challenge of his final request.

Just like he asked us to, we’ll change the world. 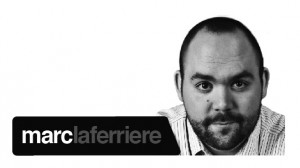 2 Replies to “Layton’s Core: A Love of People – by Marc Laferriere”