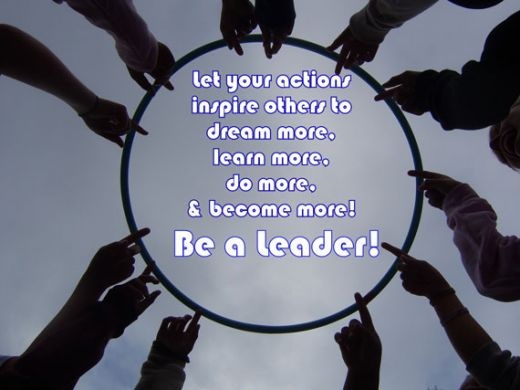 I’m 16 years old. So far, in my short life, I can say I have done things that the average teenager, or even a 30 year old, has never done. I have attended and conducted board meetings, made presentations to the council of Brantford, met MPPs and MPs, and helped lead local youth initiatives such as Earth Hour Brantford. I have also accustomed myself to going up to new people, usually adults, shaking their hands and introducing myself as “The President of the Branlyn Neighbourhood Youth Association”, and conferring with them as though we’re on the same level. When I’m in that role, I’m no longer a teenager going to high school and barely thinking about my future – I’m a leader.

I cannot say I always was a leader or I was “born” a leader. In a way, I was taught to be a leader in our community.

I joined the Branlyn Neighbourhood Youth Association when I was 12 years old. It was not of my own free will though. My father decided to volunteer me to the group as he thought it was an excellent extra-curricular activity to be involved in and he was part of the Branlyn Neighbourhood Association. At first, I was doubtful of the idea and very leery about having to speak up and give my opinion on things that we may be doing in the community. I was also one of the youngest members at the time.

Soon, I learned that my opinion was actually listened to and important in each of our discussions. And I had a vote. It was the first time that I felt that my opinion actually mattered, and I was only a General Director at the time.

When it came to the actual reaching out to the community part, I was still daunted by the thought of actually having to call and meet with adults. That’s when I learned the meaning of being “volun-told”, which is something that I can almost guarantee started in the B.N.Y.A.! It started like this. We need to contact about 40 local businesses and 4 out of our 10 members say, “I can’t talk to people over the phone and ask them that!” Then our Youth Services Director or President would say, “Guess what? Sonia – the job is yours then!” The 4 of us were stuck with making the phone calls on our own. By the end of our second event, I was able to call businesses and I had my lines down, “Hi, my name is Sonia Hayer and I’m a member of the Branlyn Neighbourhood Youth Association. I would like to speak to a manager about a collaborating opportunity for one of our community projects”. I began becoming less of the “volun-told” kind of member and more of the volunteer kind. I also began “volun-telling” along with the senior members of the group.

Teenagers are usually considered the “trouble-makers” of our community. We’re the ones who write graffiti on public property, hang out with friends at ungodly hours, wear the latest and most outrageous clothing, talk in slang, and are often associated with drugs and alcohol. And our opinions are usually overlooked as we’re “young and still learning”.

I can personally say that I have spent more weekends and evenings doing volunteer work either with the B.N.Y.A. or in collaboration with other groups, going to meetings or attending community events, than I have doing any of the previously mentioned activities. And I can honestly say that if everyone of the older generations listened and actually cared about the opinion of the youth in our community, then we would have more youth doing more constructive things in their spare time, and better leaders for our future.

Youth, in my opinion, are the best leaders. Even though we are still learning, we are able to make mistakes, own up and fix them. That’s something that a lot of adults still have trouble doing,” John F. Kennedy once said. “Leadership and learning are indispensable to each other.” Youth are always learning, and if they are put into a leadership role at a younger age, they will be prepared for when they are older and will become leaders in their everyday lives.

I am advocating for an increase in the number of youth that are positively involved in the community and for the value that our opinions actually give to our community. Youth need to know that there are opportunities such as the one that I took, no matter where their interests lie. Sports, the arts, the environment, and other interest-based initiatives are all available in this community and should become involved in all that they want to.

2 Replies to “Learning To Lead – by Sonia Hayer”