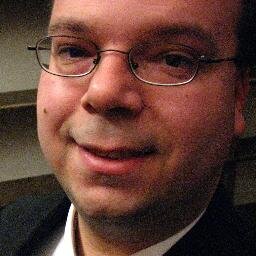 January 2 was the opening of the nomination period for municipal elections in Ontario, as you’ve no doubt heard by now.

What didn’t you hear a lick about?

How these are the same elections where voters (municipal elections have a very poor turnout) choose their next crop of trustees for the province’s 72 publicly funded public and Catholic district school boards.

Any early filers for these trustee positions across Ontario.

Despite how, in any municipality, these candidates file their paperwork at the exact same desk, often with the exact same people, as you would if running for a seat at the municipal council table.

As an advocate for more and better reporting on the K-12 sector in Ontario (and by extension, Canada), it’s always my hope the next election period is the one that includes more information on those running for trustee.

While the role of trustee has changed dramatically since it was first created, it remains an important one. They’re the corporate governors of district school boards. Charged with setting policy and passing budgets, serving two masters of the policies and spending rules set by the Ontario Ministry of Education while attempting to address local needs within that same framework.

District school boards are often, in many parts of this province, the largest public-sector employer and owner of real estate. Despite demographic changes, there are still almost two million school-aged children in Ontario, with the vast majority of them attending publicly funded schools.

Regardless of all the changes over the years, trustees remain the only ones who decide on two things that have a huge impact on a child’s experience in a K-12 school in Ontario.

No. 1? The budget. Despite how little they can actually move around from line to line thanks to provincial funding formulae and rules, trustees pass the budget. They’re the ones who authorize what the funds are spent on within each district.

No. 2? School / facility condition and location. Despite an oft-misunderstood review process, the province has been consistently and exceedingly clear it wants nothing to do with deciding the exact location of schools in Ontario. Its funding and rules often force the need to make a decision on what schools are built, which are closed and moved, etc., but the details of the decision remain exclusively with school board trustees. Not accommodation review committees, not school board staff members. Trustees.

Given the budgetary and accommodation challenges facing each of the 72 Ontario school boards today, not to mention into the next five-to-ten years, a full slate of trustee candidates could be fielded on those two matters alone.

What we’ll likely see on Sept 12 is a slate of acclamations for trustee races across Ontario.

In those places with races, it’ll be rare to see a broad spread of candidates in any particular ward.

I’ll be keeping an eye out for trustee election-related coverage in the months ahead. It’ll be sparse, but let’s see what comes along. If you see any, link to it in the comment section.