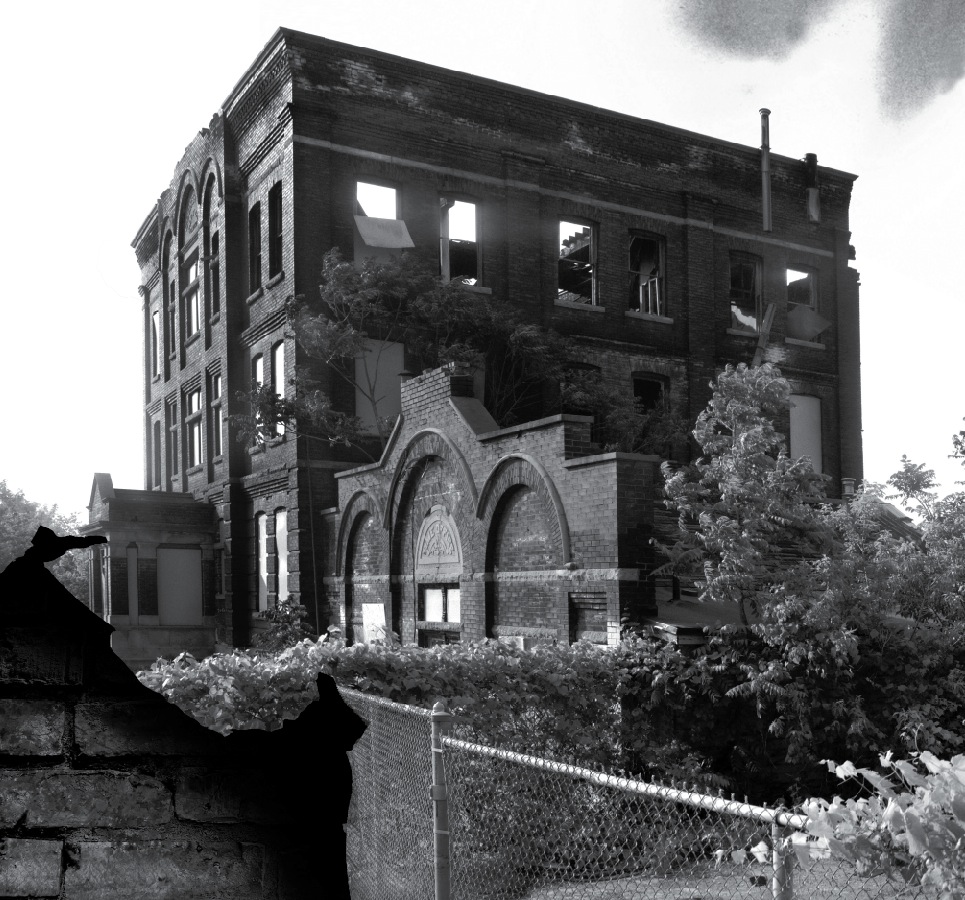 Dear Arsonist,
You must forgive me from referring to you using this term, I don’t care for it either, but as no one knows your name, you will have to be identified by what you did, rather than who you really are. I will, however, introduce myself. My name is Rob, and I have a long connection to the Cockshutt building at 66 Mohawk St. But not just that building alone, I have a passion for Brantford’s heritage and, in particular, the amazing undervalued story of its industrial heritage.
I come by this interest honestly enough. I’m the fifth generation of my family to work in Brantford’s industries, which would build this city. So you see, this is more than just a passing interest. This is my own family’s personal journey, as it is with multiplied thousands of others.
Generally, I consider myself to be an open-minded and accepting person. In a disagreement, I prefer to hear the other person out. But, in this case, I have to make an exception. Your reasoning for setting this fire is unacceptable. Not only did you risk your own life in carrying out this crime, but also the lives of firefighters, police, and residents of the neighbourhood. There will never be an excuse for that.
What you did succeed in doing was to violently remove from the community a piece of our shared heritage and collective memories and experiences. Before you scoff at that statement, please allow me the opportunity to unpack this idea further by shedding some light on where we have come from as a community. Hopefully these are things that you were never told before, or you hadn’t considered prior to that morning of March 30th.
Consider these impressive claims: The Birmingham of Canada – The Sheffield of the West – A Workers Paradise. These are but some of the descriptive labels used to identify Brantford. They speak to its immense contribution to the development of the nation and Canada’s emergence as a major exporter.
Beginning in the 1840’s, Brantford would rise to prominence, in the span of roughly three generations, to take its place as Canada’s third largest manufacturing centre. The agricultural implements produced in Brantford’s factories would change how food was grown and harvested around the world.
Large numbers of immigrants seeking new opportunities, not available in their native homelands, would establish themselves by finding employment in factories. These newly arrived populations would have an enormous impact on the formation of Canadian society and culture. These events, taking place in Brantford, would also help set the stage for the emergence of the working class as a new segment of Canadian society, distinct from the rural population, who would change the social, economic, and political landscape of the nation.
In light of these statements, consider the following points:
•    By 1908, there were over 60 major industries operating in Brantford.
• Brantford was the city where the working man could own his own home, due to the availability of employment and good wages being paid. It has been reported that there was no other city in Canada of comparable size where so many citizens owned their own homes.
• By 1914, Brantford was the third largest centre for the manufacture of exported goods in all of Canada after Toronto and Montreal, thanks in large part to the industries that once operated on Greenwich and Mohawk Streets.
More specifically, by targeting the Cockshutt building, the community will lose a significant landmark from our cultural fabric, made famous because:
•  It was the workplace of a sitting Lieutenant Governor of Ontario (1921-1927) Colonel, The Honourable Henry Cockshutt.
It was designed by the same engineering company to build such famous US landmarks as the original Yankee and Tiger Stadiums, Fenway Park, and Comisky Park.
•   From this factory, railcars were loaded with the plows and implements that opened the Canadian West.
I do apologize for going on at length here but, as you can see, the story is an impressive one. It is for that very reason that we should reconsider how we treat our heritage. It is a gift passed down to us by those who have gone on before us. It should be leveraged as an economic driver. The very industries that once brought the community fame can do so again by celebrating and promoting their heritage of innovation and achievement with the rest of the world.
All stories, as impressive as they may be, must come to an end. We are all painfully aware of the hardships endured by the community when White Farm Equipment and Massey Ferguson closed down their operations. The memory is indeed a painful one. It isn’t a healthy solution to deal with the pain by eliminating all physical remnants of the memory. Certainly, like me, you will have watched news coverage of various political regime changes. Whether it was the masses attacking statues of Hussein in Iraq, hammering away at the Berlin Wall, or statues of Lenin in areas of the former U.S.S.R., I can’t help but draw certain parallels with this situation here. Attacking the physical representation of the person or movement that wronged you is a dead end. It may very well have the initial rush of satisfaction or revenge, but the morning after comes the realization that you vented on a thing; a cold, impersonal, unfeeling thing. The statue or building wasn’t the source of your trouble; it was the situation that it had a relationship to. Unless a population decides to take its destiny in its own hands and rebuild and move on DESPITE its past circumstances, nothing will ever change. Even if every monument is eradicated from the landscape, you can’t kill a thought or memory.
We must come to terms with this as a community. Your actions have set us back in getting there, but we will continue; we must.
Please consider these things.
Rob

One Reply to “Letter to an Arsonist (Robert Adlam, @CIHC_Brantford)”