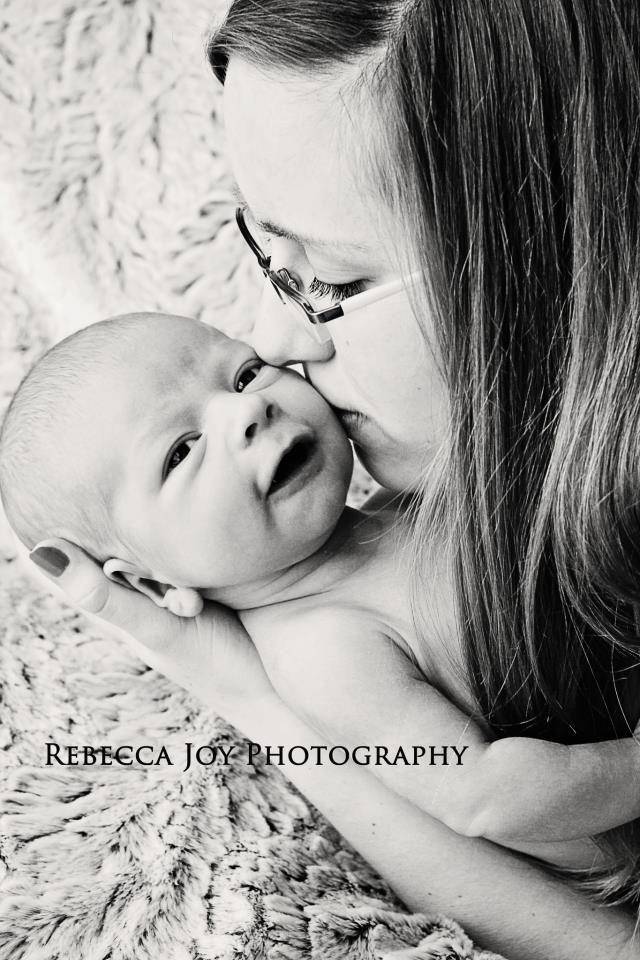 “And yesterday, his poop was orange!”

These words came out of my mouth. I broke the pact I made with myself to not be one of those moms, who can’t help but discuss her baby’s bowel movements, but here I am. Oh boy.

On January 26th, I was walking around Zehrs when my water broke. On January 27th, I was holding an 8 pound, 13 ounce baby boy around whose tiny wrist was a hospital band identifying him as mine. His name is Riley Jericho, and in my 100% biased opinion, he is the most adorable little tyke to ever exist.

As I write this, I’m only beginning my sixteenth day of mommyhood, but I’ve already forgotten what life before Riley was like. Every little thing he does absolutely delights me. When he is hungry, he makes this ridiculous troll face, as I like to call it, and it’s absolutely hysterical. His little grunts and shifty eyes are hilarious, and even his little diaper gifts are interesting to me.

So yes, I get excited about my baby’s poop. Bite me.

Granted, the first day of Riley’s existence was quite the blur. Between the drugs, the loss of an entire night’s sleep, the stream of visitors, and the fact that I had just popped out a person, I really didn’t have a clue what was going on. All I knew was baby.

Just two weeks later, this little, huge miracle still blows my mind. Even the simple fact that Riley has all his bits is amazing. He may be small, but he is a whole person. The fact that he came from my body is incomprehensible. The fact that my Riley, in all his complexity, existed two weeks ago, only inside my belly, is crazy. Unbeknownst to me, he made those same faces, had those same little fingers, and arched his back the same way, all while in my body–so cool. Yup, I’m in awe.

It’s strange to look back over the last nine months and the journey of obtaining Riley. My unplanned pregnancy brought me through my life’s most significant season of learning. Remembering just how conspicuous I felt with my big round belly whenever I’d run into people who didn’t already know I was pregnant, makes me realize just how much my heart and mind were forced to grow. How could I pretend to be all righteous and perfect while my body visually announced just how human I really am? I now know what it means to buck up and get honest.

Those months of standing tall, facing my fears, dealing with frustration and anger, swallowing my pride, and accepting people’s help, made me grow up more than I thought possible in a short period of time. (For more details, see my last article, which is available on The Brant Advocate website).

Last time I wrote, I talked of a baby who had already changed my life forever. He sure has done just that. The calendar tells me he’s only been in my arms for two weeks, but the memories I have of life before he was born seem surreal and strange. In such a short period of time, so much has changed. Suddenly, it has become perfectly acceptable to be late for everything if I’m obligated to show up at all, and not leaving home for days on end is normal. The substances with which my shirt comes into contact can range from milk, to poop, to puke, to urine, to food, to sweat, but I dare anyone to judge me. Living off a diet consisting primarily of foods I can consume with one hand, eyelids at half-mast with fatigue, here I am, a new mom at her finest. And, despite all the weirdness I just listed, I’m so happy.

My Riley is here; I am beyond blessed. Just like the labour pains, all of that other stuff has faded away in the light of his precious face. There are no fewer uncertainties in our lives than there were before, but I now possess a sense of hope strong enough to overcome even bigger things. Life before Riley, in many ways, was like character boot camp, and now I pray that life with Riley will be the embodiment of the hope, grace, love, and sense of wonder that eclipsed his colourful arrival in the first place.